In the June 14 broadcast of tvN’s special documentary “Sonsational,” which follows the life of Son Heung Min, the captain of Korea’s national soccer team who currently plays for the Tottenham Hotspur Football Club, Son Heung Min and actor Park Seo Joon talked about their friendship.

During the episode, Park Seo Joon, who had a photo shoot in England, went to see Son Heung Min play. He said, “I’ve seen soccer a lot in Korea (on TV), but actually being there is so much more exciting. I’ve never watched soccer in person before, so I’m really excited.”

The two met up after the soccer match, and Park Seo Joon said, “I knew you’d score a goal.” He added, “In Korea, Premier League matches are aired early in the morning, so if I see that you scored a goal in the morning, it’s a great start to my day.”

Talking about what they mean to each other, Son Heung Min said, “[Park Seo Joon hyung] is someone that I rely on a lot. He’s someone that’s always on my side no matter what I do, and he’s someone to learn a lot from.”

Park Seo Joon revealed that Son Heung Min is saved as “Sonshine” in his phone. “Whenever Heung Min wins or I hear other good news about him, I start my day in a really good mood. So I saved his name as ‘Sonshine.’ That’s the kind of person he is.”

During a previous episode of the show, the two friends discussed fame and the feeling of emptiness that it can bring. 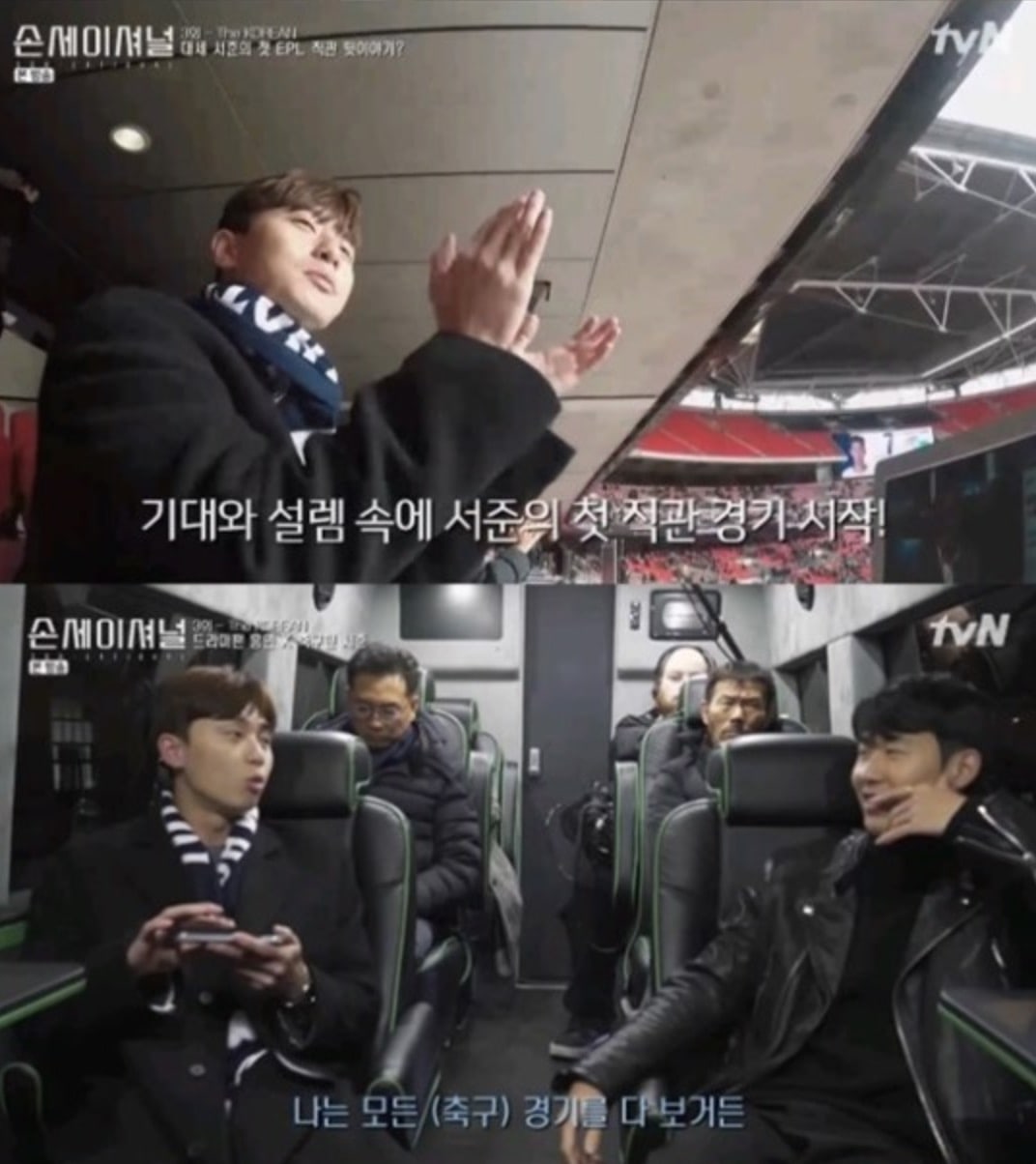 Park Seo Joon
Son Heung Min
How does this article make you feel?