Shin Sung Rok Gets Hilariously Intense About Cooking On “Perfume”

On June 15, the fantasy romance drama unveiled new stills of Seo Yi Do (played by Shin Sung Rok) preparing to make himself useful in the kitchen. Because Min Ye Rin (played by Go Won Hee) is unable to cook, Seo Yi Do must become a chef for one day—but due to his many phobias, the task requires great courage and determination on his part.

In the newly released photos, Seo Yi Do has a fierce glint in his eyes as he steels himself for the mission at hand. Armed with a cap and latex gloves, he practically resembles a surgeon as he gets ready to cook his first meal.

The producers of “Perfume” praised Shin Sung Rok’s comedic acting, remarking, “Thanks to Shin Sung Rok’s unending stream of creative ad libs, we’ve reached a point where we’re facing an emergency situation because [everyone] on set is struggling to contain their laughter.”

They added, “We ask that you show a lot of interest in ‘Perfume,’ in which every scene is infused with the cast’s passionate acting and love for the drama.” 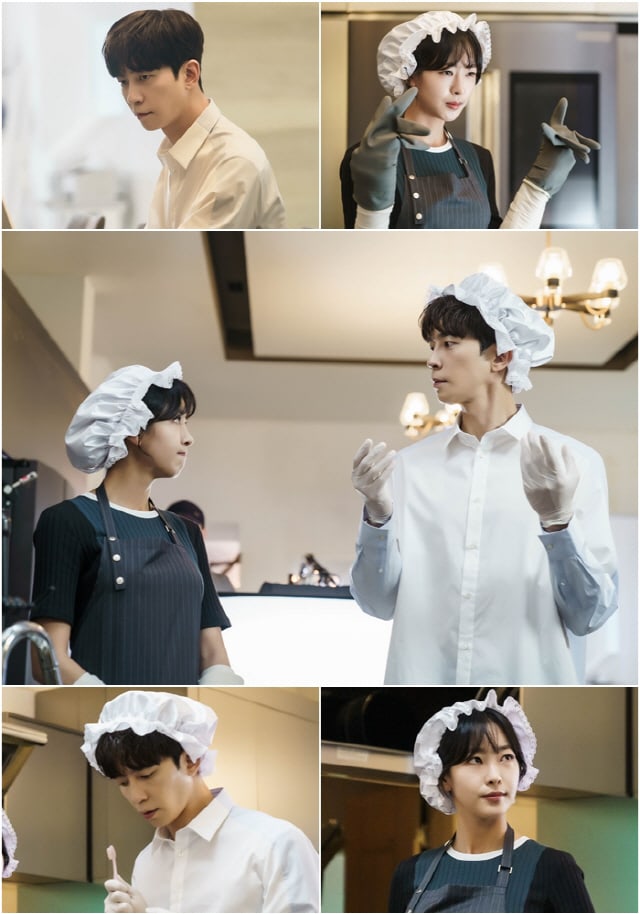 “Perfume” airs on Mondays and Tuesdays at 10 p.m. KST. Catch up on the latest episode with English subtitles below!