ZE:A’s Kim Dong Jun spoke about his past difficulties when appearing on variety shows.

On the June 15 episode of JTBC’s “Ask Us Anything,” Kim Dong Jun appeared as a guest alongside Im Won Hee and Lee Elijah to promote their new drama “Chief of Staff.”

Reminiscing about the past when he used to appear on “Star King,” Kim Dong Jun said, “Kang Ho Dong told me something that helped me stay strong. I always said goodbye to Kang Ho Dong whenever filming ended, and he said to me, ‘You’re doing well. You just have to stick it out.’ And that’s how I was able to endure it until now.”

Speaking about his difficult times, Kim Dong Jun continued, “Dressing up as a girl was the hardest. I did it multiple times a week. Once, I wore women’s hanbok (traditional Korean dress) and put my hair in a low bun. The staff came to look because rumors spread. I was sitting still and a single tear fell from my eyes. I waited for seven hours after dressing up as a woman, and it didn’t even end up airing on TV.” 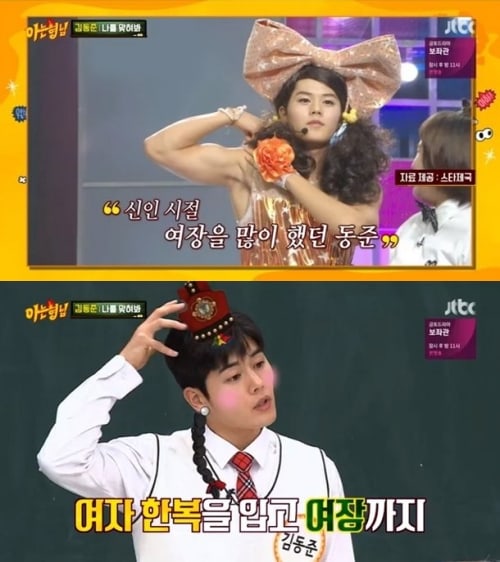 Kim Dong Jun then continued to talk about the lessons he learned from Kang Ho Dong. “I filmed ‘Law of the Jungle‘ with Kim Dong Jun, and he was scolded about his reactions,” said Im Won Hee. “He could have just eaten his food, but he showed really exaggerated reactions like ‘Oh my’ and ‘Wow.'”

Kim Dong Jun explained, “It’s because of Kang Ho Dong. In the past, I learned to react that way on ‘Star King.’ I got yelled at by Kang Ho Dong if I just ate. I had to clap, walk backwards, and describe the taste.”

He continued, “When I used to appear on variety shows with Kang Ho Dong in the past, I could go out to eat with Kang Ho Dong if I was funny, but I had to go home if I wasn’t.” When the cast criticized Kang Ho Dong, the comedian made everyone laugh by saying, “How did I live in my 30s?” and put his head down. 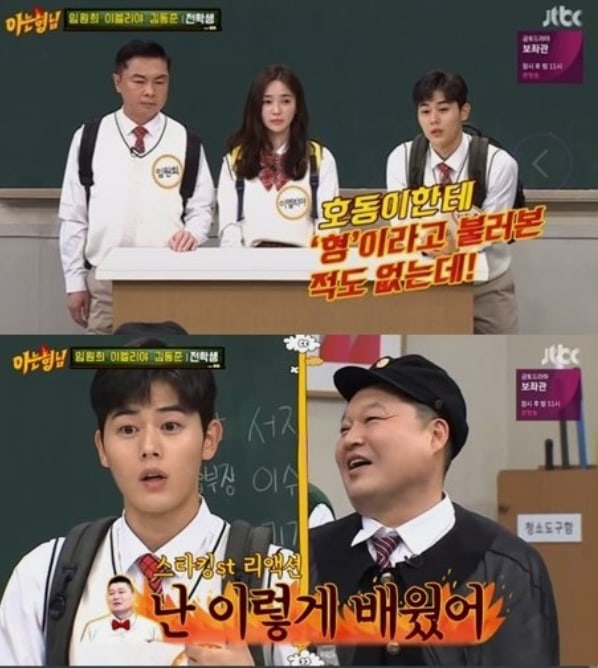 Ask Us Anything
Kang Ho Dong
ZE:A
Kim Dong Jun
How does this article make you feel?