On June 16, Son Dam Bi appeared as a special MC on SBS’s “My Ugly Duckling,” where she spoke about going on vacation with her close friends and their mothers.

She shared, “I recently went on a friendship vacation to Jeju island. I went with Gong Hyo Jin, Jung Ryeo Won, Soy, and all of our mothers. Our moms really liked it. Even though that was the first time they had all met, they later set up meetings on their own. I liked that.” 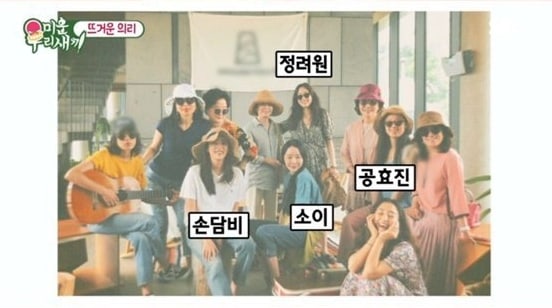 The other MCs complimented Son Dam Bi for being a good daughter and asked about the biggest thing she’s done for her mother. The singer-turned-actress explained, “A house. I bought her a house with my first earnings and she was really happy.” She also shared that she goes on trips with her mother often.

Son Dam Bi also discussed the topic of marriage, sharing that she was unmarried at 37 years of age (in Korean reckoning). Shin Dong Yup asked if she cared about age differences between couples, and she responded, “I don’t pay a lot of attention to age differences.” He followed up with, “Park Soo Hong is 13 years older than you; is that okay?” to which she coolly replied, “That’s okay.”

Watch the full episode of “My Ugly Duckling” here!

Son Dam Bi
My Ugly Duckling
How does this article make you feel?