“Super Hearer” is an investigative-style show that invites some of Korea’s top musicians as “hearers” to distinguish the real singer out of five singers by solely listening to their voices.

After losing the first round, hearers K.Will, Kangta, Yoon Jong Shin, Jang Yoon Jung, and Cha Eun Woo moved onto round two, where they had to find the female voice. Each singer sang one verse of a song and revealed their identities to the audience and the villains, but not the hearers.

Although the hearers were just as confused as they were during round one, they correctly guessed that No. 3 was the real female singer. However, Cha Eun Woo continued to wow everyone else, as he guessed the identity of No. 5, saying, “Can I say who it is? I think it’s Yoo Seung Woo.” 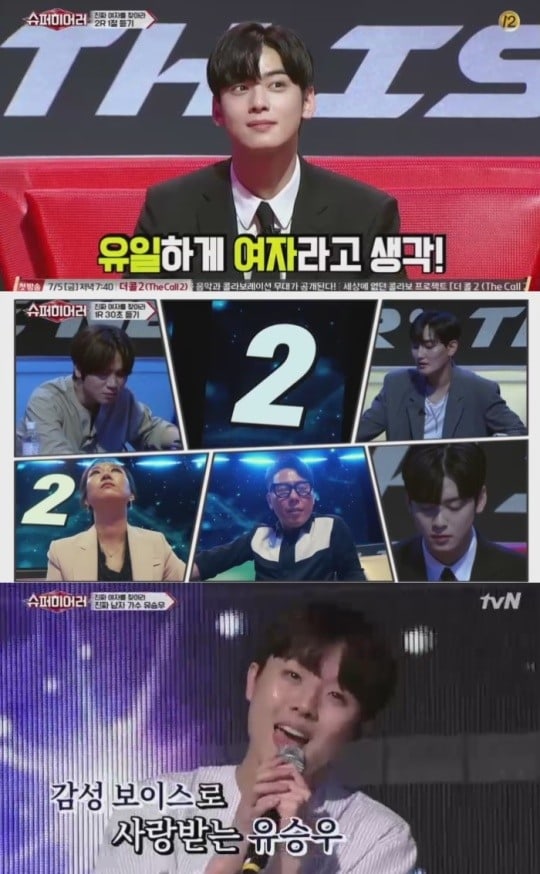 It turned out that Cha Eun Woo was right! Yoo Seung Woo shared, “I am so surprised that Cha Eun Woo guessed my voice correctly just like that.” He also revealed that he had practiced singing in a female voice for the past month.