The video starts off with Kim Eui Sung rehearsing his lines about not forgiving Ta Gon (Jang Dong Gun) for his immoral deeds. Jang Dong Gun plays along by apologizing, and Kim Eui Sung looks both shocked and hopeful as he asks, “What?”

Then Jang Dong Gun and Song Joong Ki prepare for an epic fight scene against each other. They become too immersed in coordinating their moves to stop, and Kim Eui Sung humorously asks, “You haven’t fallen down yet? They’re fighting for a long time. Why are you guys fighting for such a long time? I’m just going to go home then!” 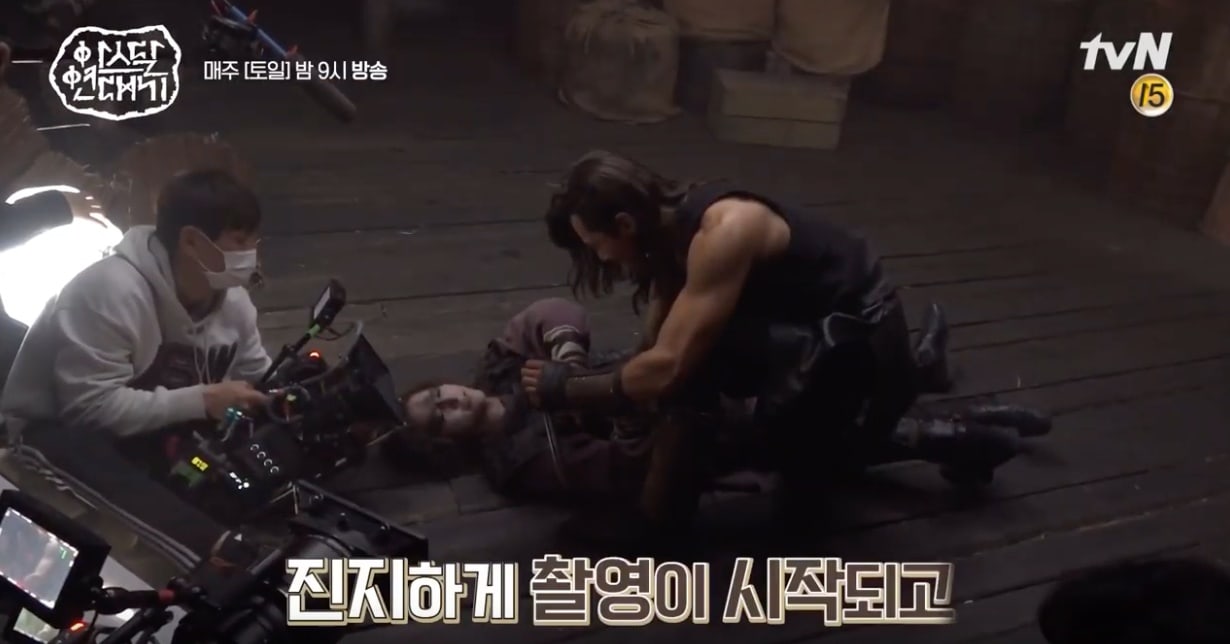 The video then cuts to Kim Ok Bin and Yoon Sa Bong discussing various ideas for their scene. They can be seen laughing and joking, while at the same time worrying about the director’s opinions. Contrary to their concerns, the director coolly approves of their ideas while adding his own thoughts, and they are able to come up with a creative way to act out the scene. 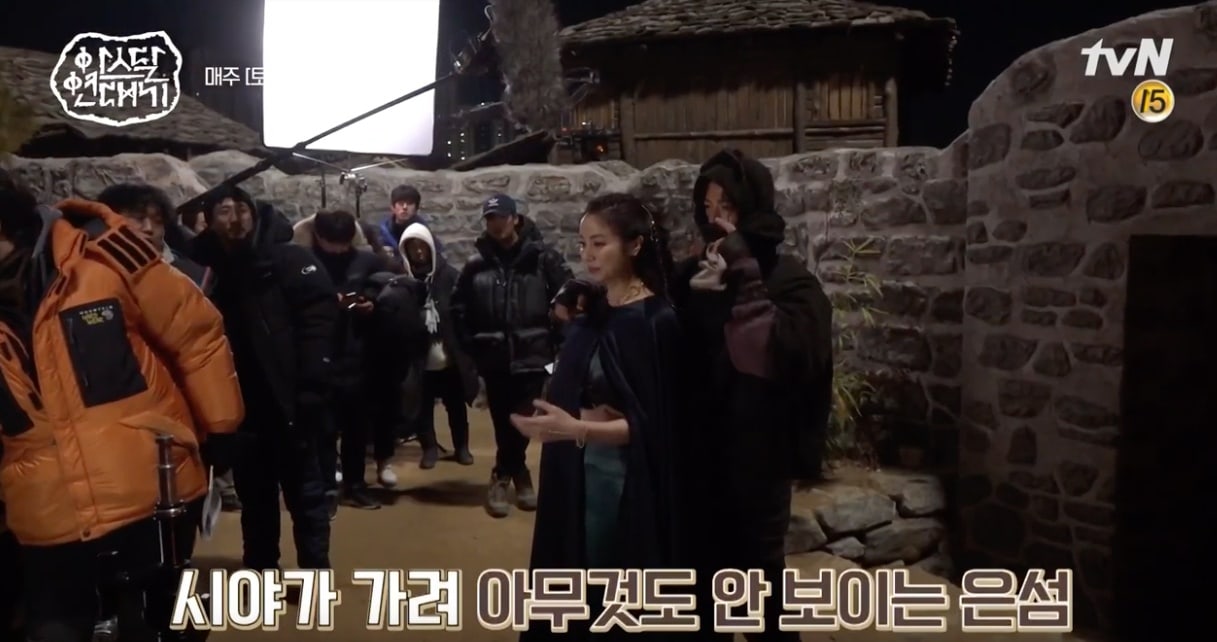 Next, Kim Ok Bin and Song Joong Ki film the scene where he puts a knife to her throat as he hands over the cloth with Jang Dong Gun’s blood on it. However, Kim Ok Bin looks down and starts chuckling, and Song Joong Ki admits he keeps missing her hand because the garment around his face is blocking his sight. 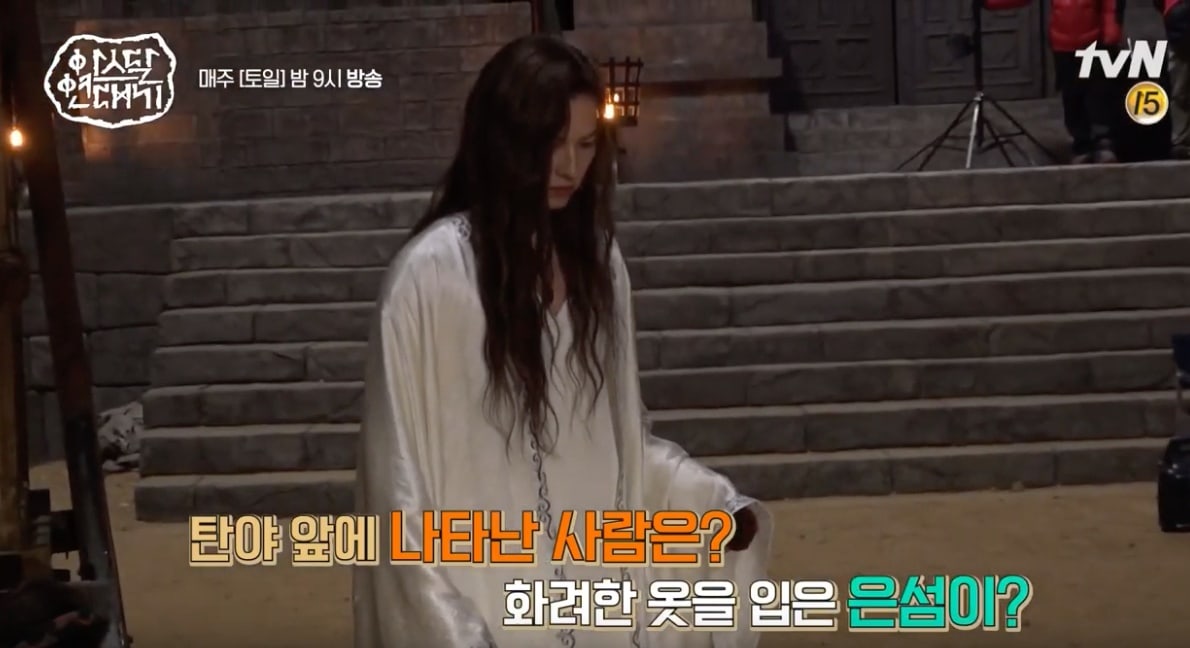 Lastly, Song Joong Ki appears in a white robe with long hair, and the cast and crew tease him by saying, “He looks exactly like Eun Seom [his character],” and “Wow, he really looks like Song Joong Ki.” Although Song Joong Ki even looks good in a white robe, he seems like he has a difficult time adjusting to its long sleeves. When he is done for the day, he pats Kim Ji Won on the back, says goodbye to the rest of the cast and crew, and makes his exit wearing a padded coat to cover his brilliant costume.

“Arthdal Chronicles” airs every Saturday and Sunday at 9 p.m. KST.