Lee Sung Kyung is one of the most recognized Korean celebrities who has made the successful transition from modeling to acting. With her undeniable talent and charm, she has captured audiences whether she’s on the runway or on the TV screens. Her trajectory to stardom is made up of hit K-dramas showcasing her tremendous character and style evolution in a short span of time. Here are some of her best on-screen style and acting moments:

Lee Sung Kyung’s role as Oh Seo Nyo in “It’s Okay, That’s Love” is credited as the breakout role that introduced her to the world as a young actress to watch for. Here she plays a high school student who has behavioral problems and has little concern for other people around her. This can be seen in the way she styles herself, like her hairstyle with red strips and accessories. Usually, these are prohibited in schools, but with her devil-may-care attitude, she disregards rules, that is, until she meets the love of her life (Lee Kwang Soo) and the people who will teach her the meaning of love, friendship, and family. 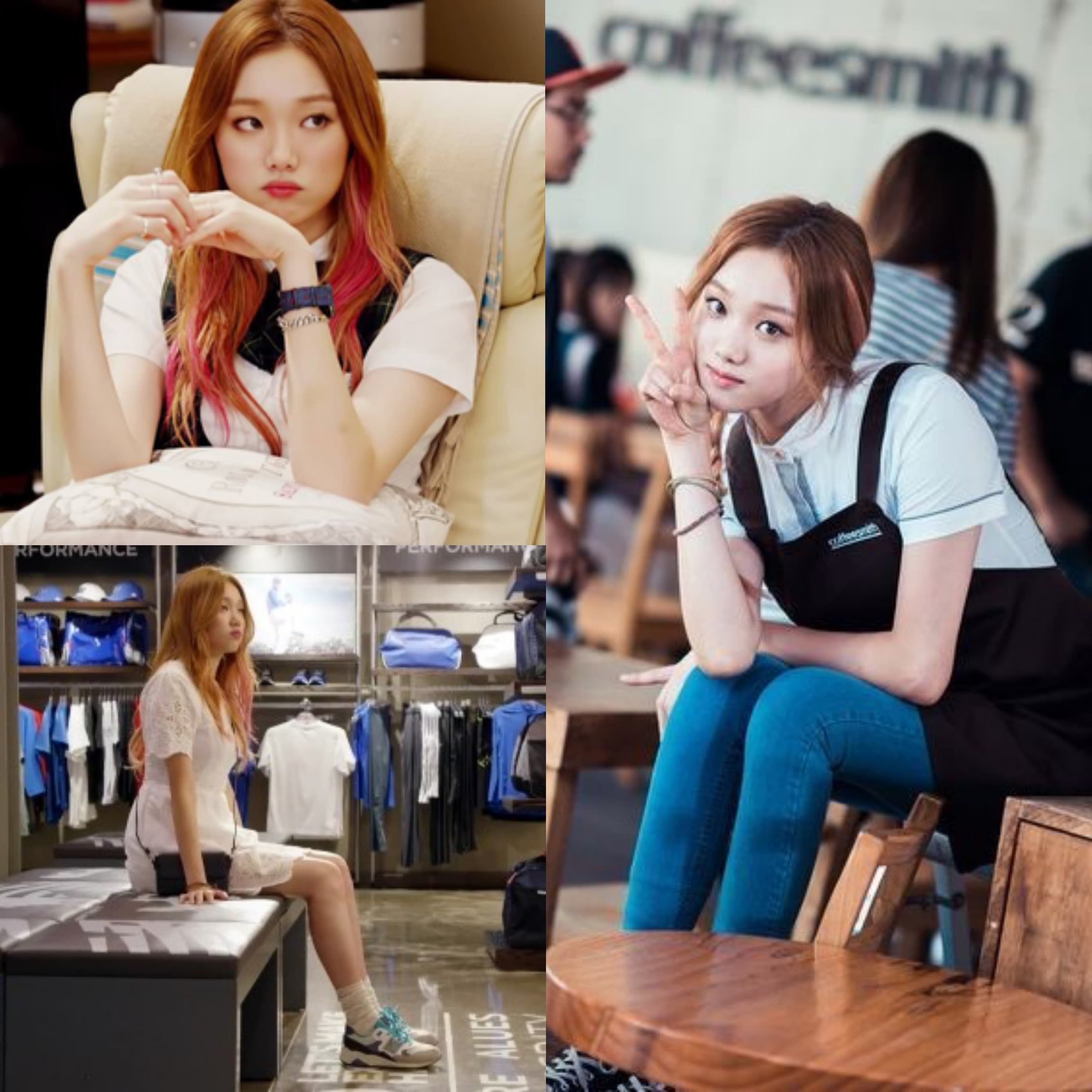 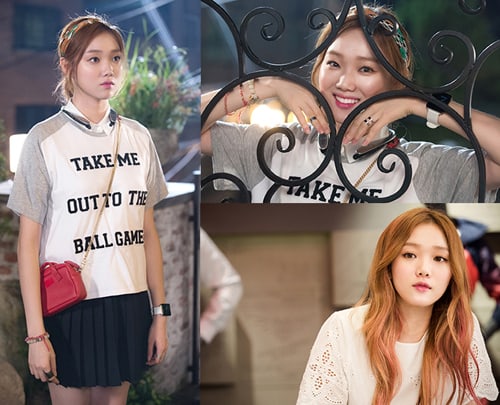 In “Flower of the Queen,” a 50-episode drama, Lee Sung Kyung displayed her skills as an actress who is able to carry roles that require a variety of emotions. She plays a girl who tries her best to live cheerfully after discovering that her mother abandoned her at birth, and eventually she grew up as a determined, strong-willed woman. Lee Sung Kyung’s character wears a variety of styles that range from playful, youthful, to ladylike and sophisticated. 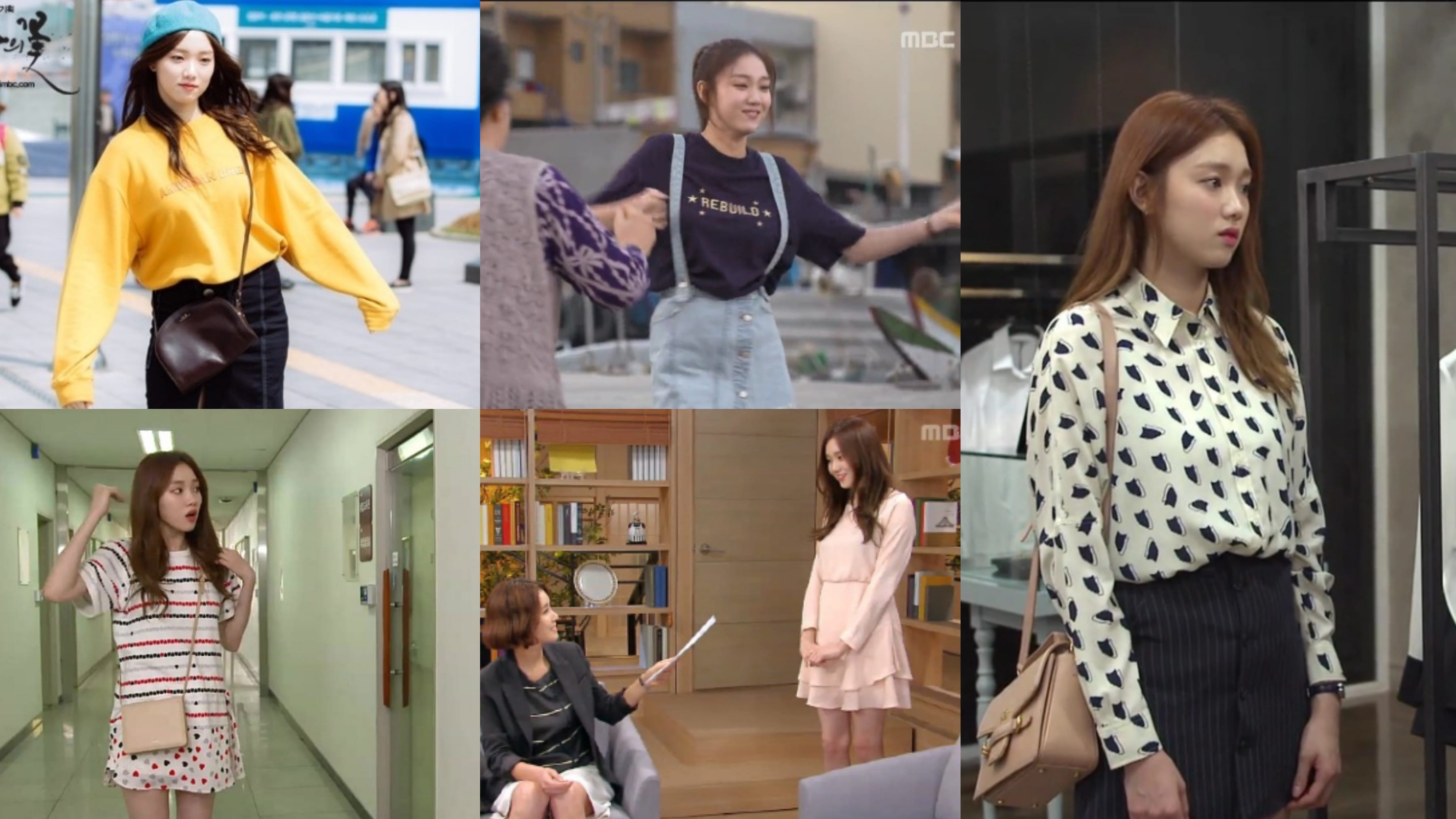 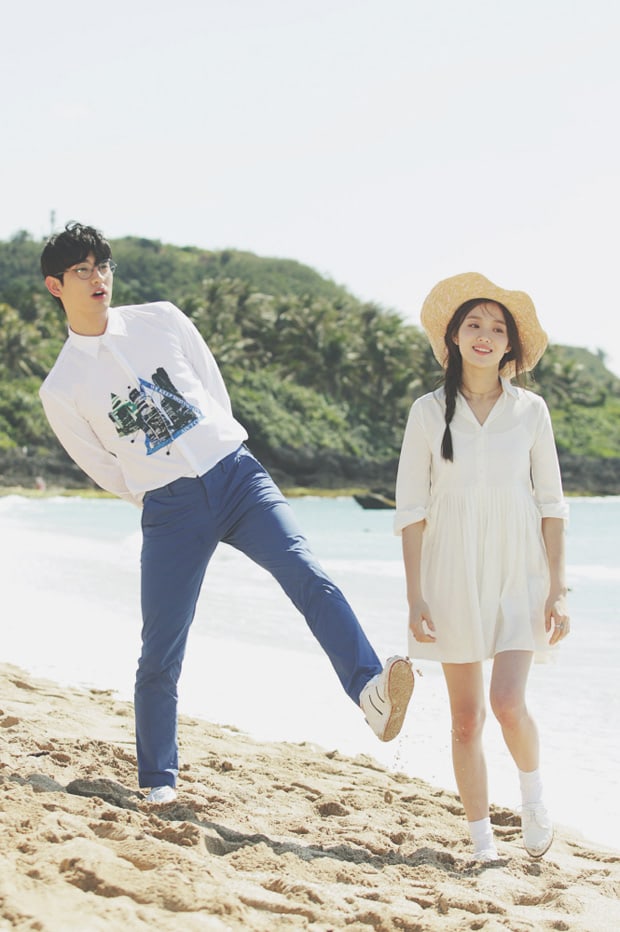 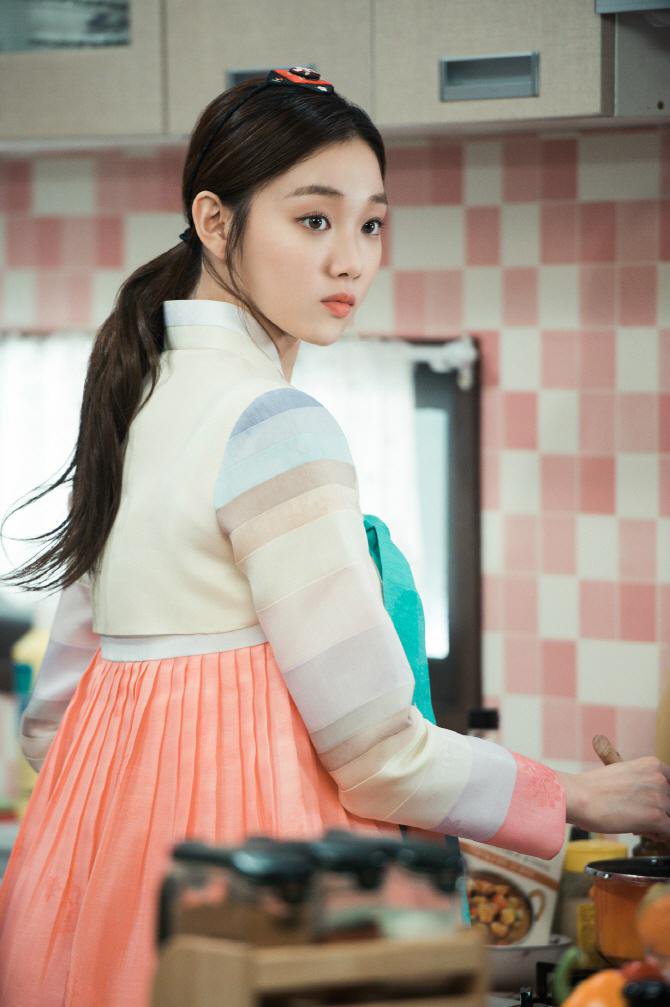 In an unexpected turn of character, Lee Sung Kyung showed her dark and sassy side in the drama, “Cheese in the Trap.” She plays Baek In Ha, a materialistic, selfish woman who manipulates everyone to get what she wants, whether it’s money or the love of her life. Her costume changes are endless and as diverse as her many facial expressions. It’s obvious that she wears expensive designer clothes, but what makes all the difference is how she styles and accessorizes her outfits. She wears unique, statement accessories, and a mix of vibrant and trendy pieces that elevate her every look. She’s the only one who can pull off a fluffy hat with printed sportswear, black leather fringe skirt, or cat sunglasses that show her catty attitude! It might be easy to hate her scheming, evil character, but it’s kind of hard not to love her absolutely chic style! 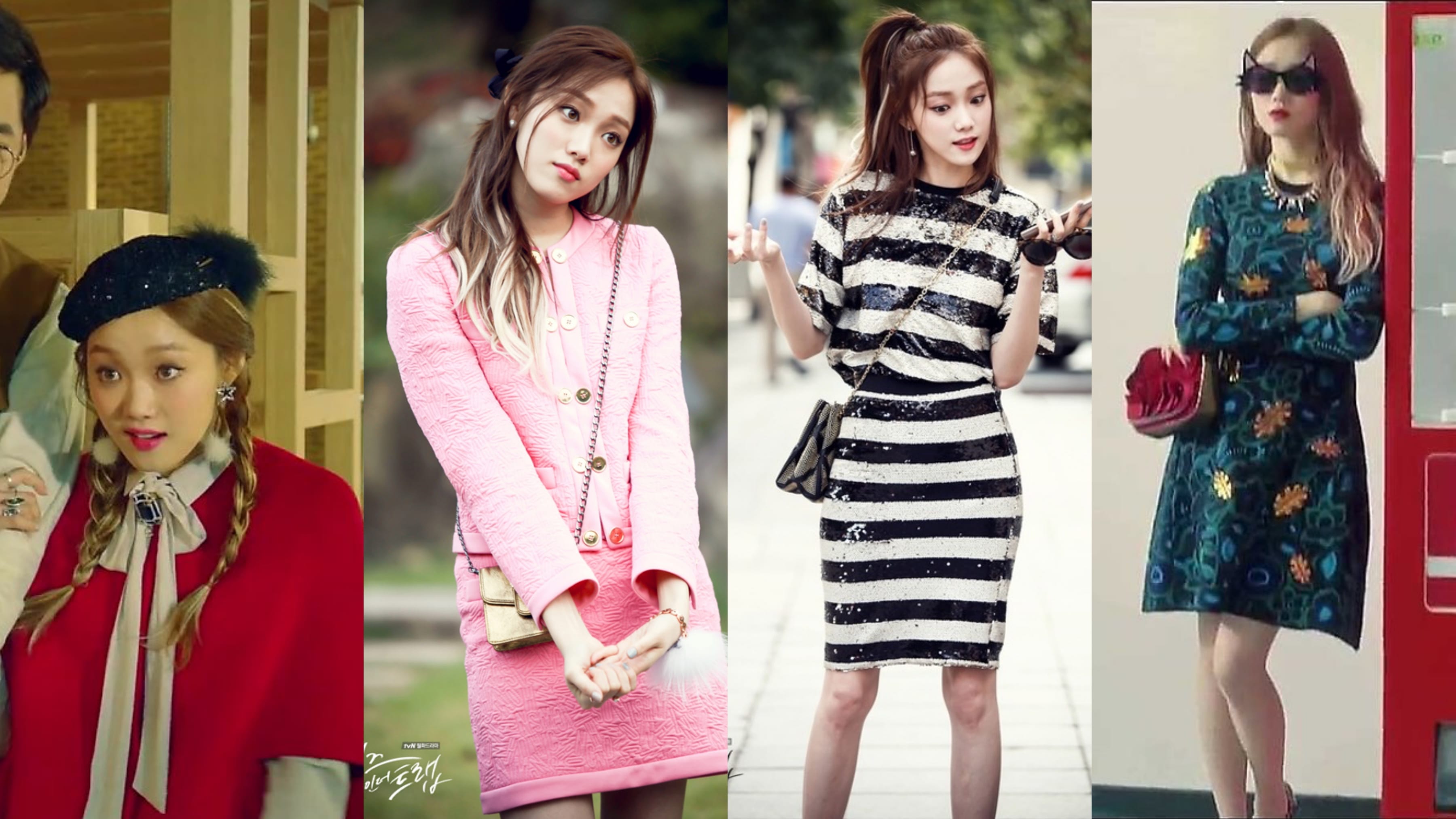 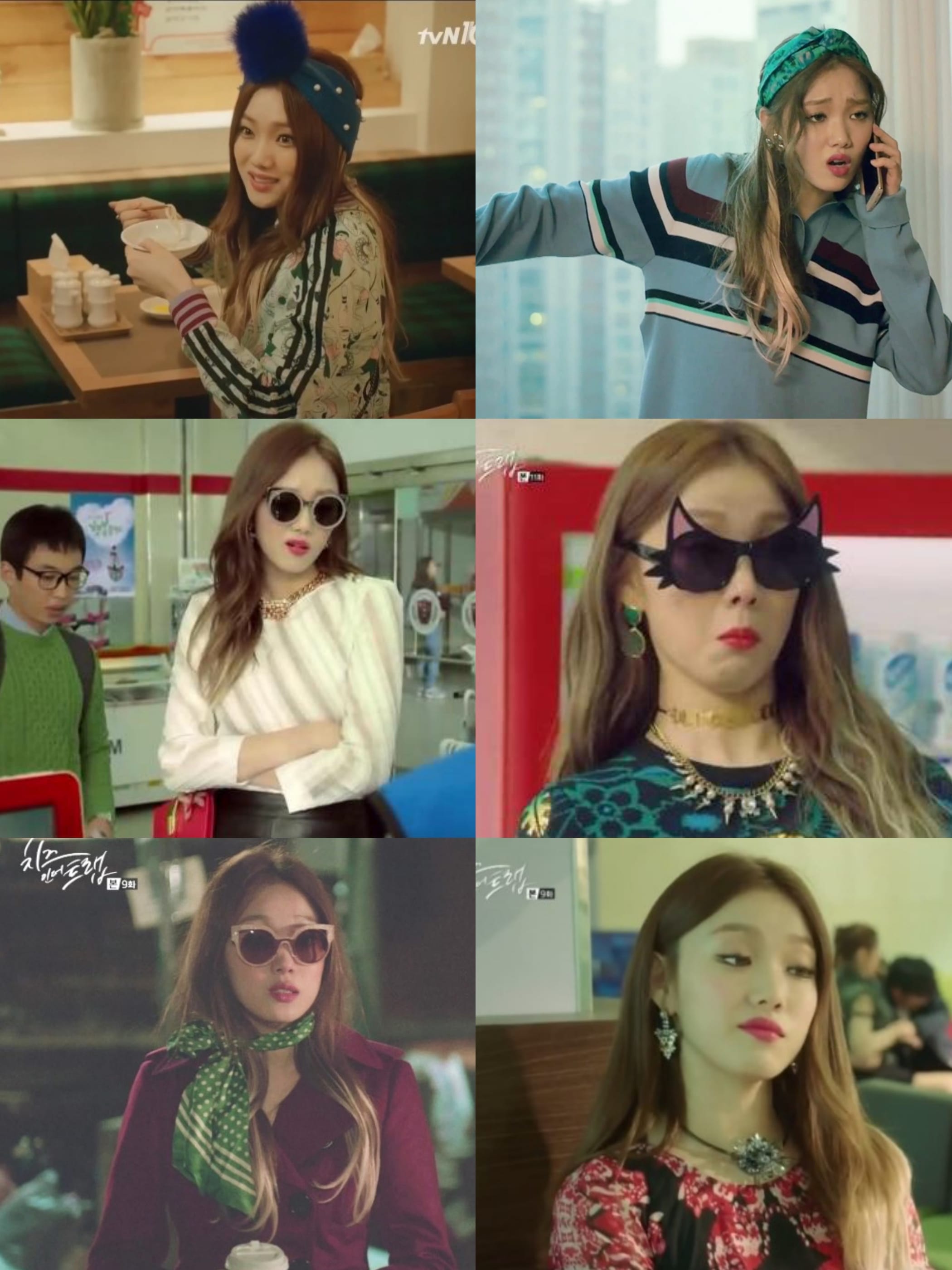 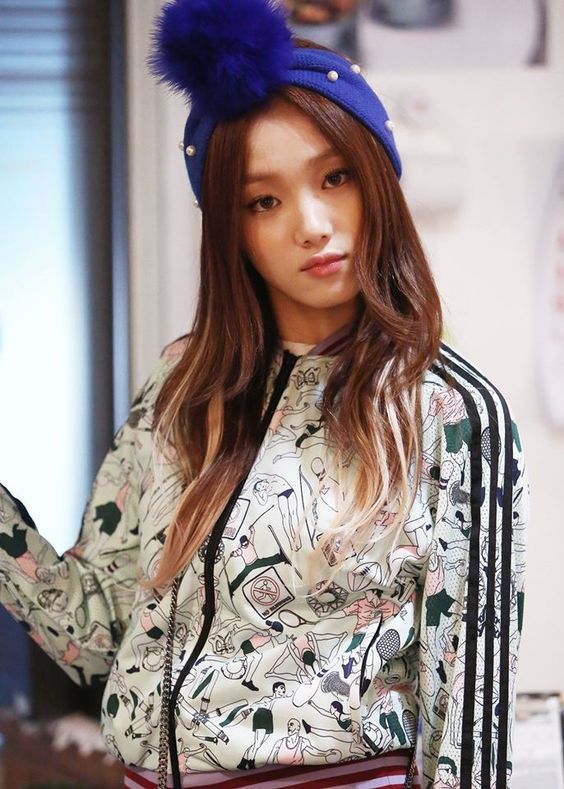 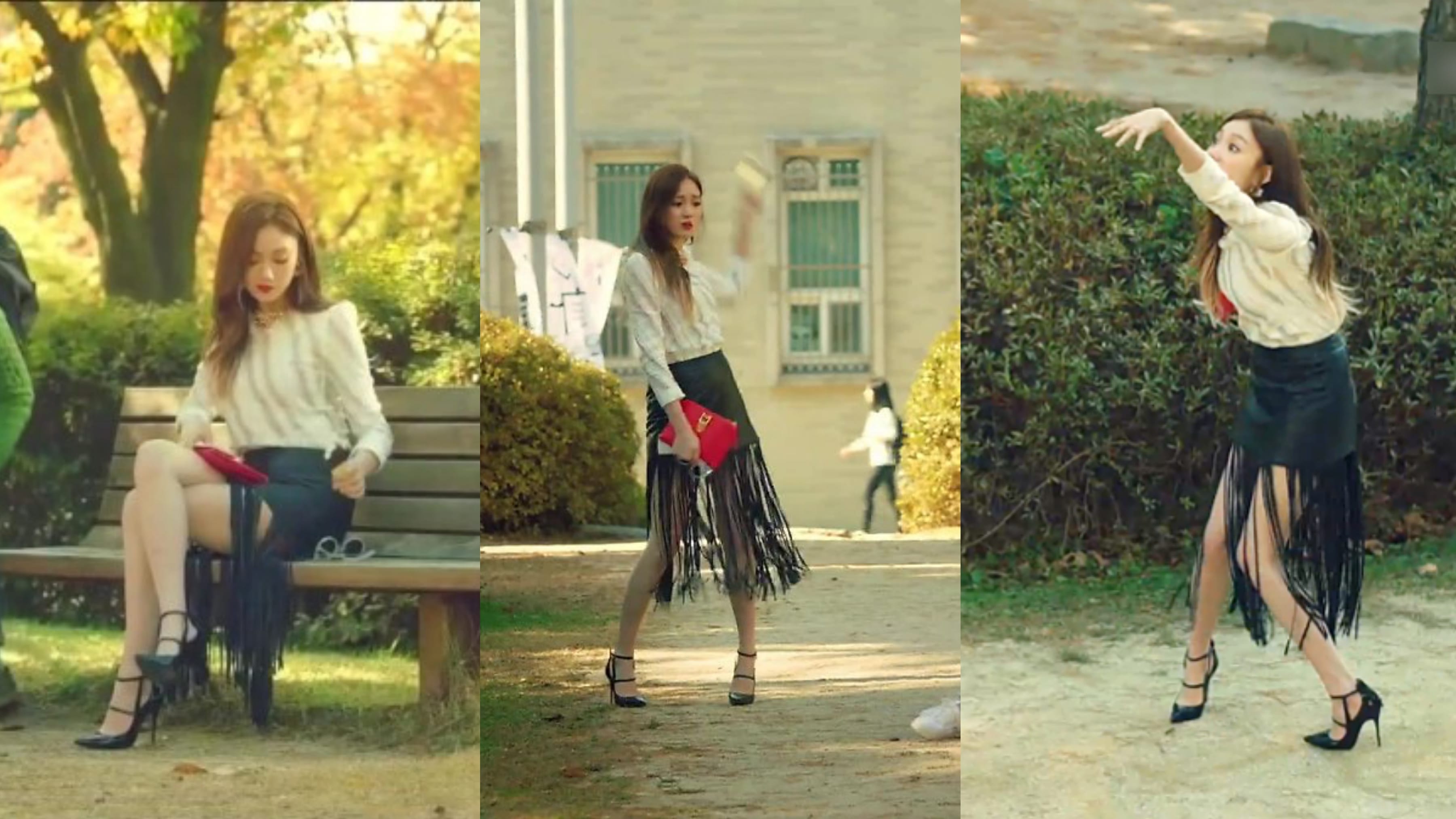 If you’re a college student balancing club activities, varsity sports training, studies, and heart-fluttering love life — who has time to dress up? This is exactly how Kim Bok Joo feels in “Weightlifting Fairy Kim Bok Joo.” Here, Lee Sung Kyung puts her high heels and fashionable wardrobe to rest as she slips in some comfy sportswear and sneaks. Viewers fell in love with her funny, clumsy, and oftentimes naive character, but more so with her cuteness and ability to make people laugh, cry, and everything in between! Kim Bok Joo is definitely one of the most unforgettable K-drama characters and her wearable pastel athleisure outfits are definitely easy to cop! 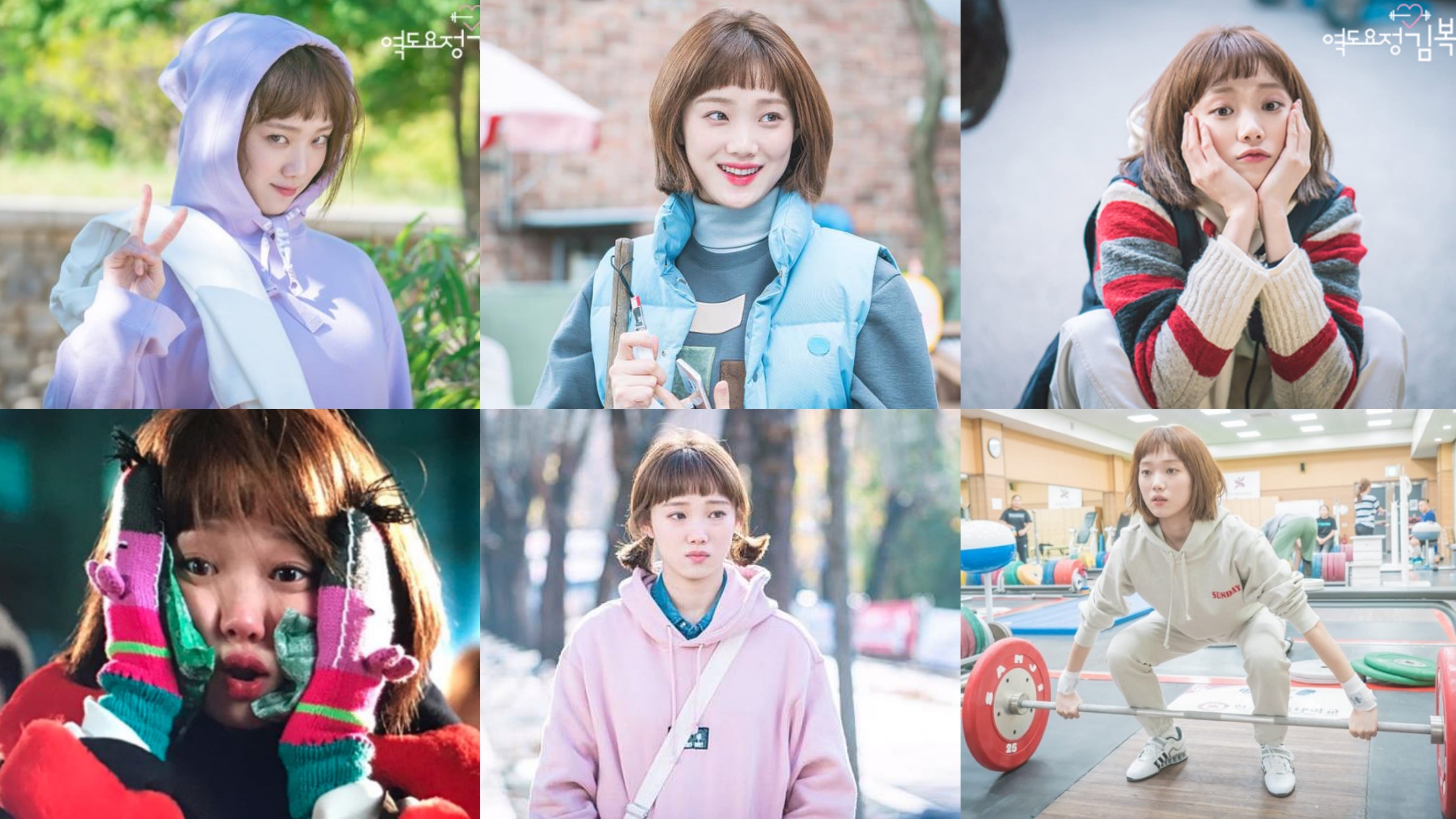 Jin Seo Woo in “Doctors” is a smart doctor who always means business. Even though she has to wear a white lab coat, she still makes an effort to look chic and feminine in business casual outfits that show that she is both beauty and brains. 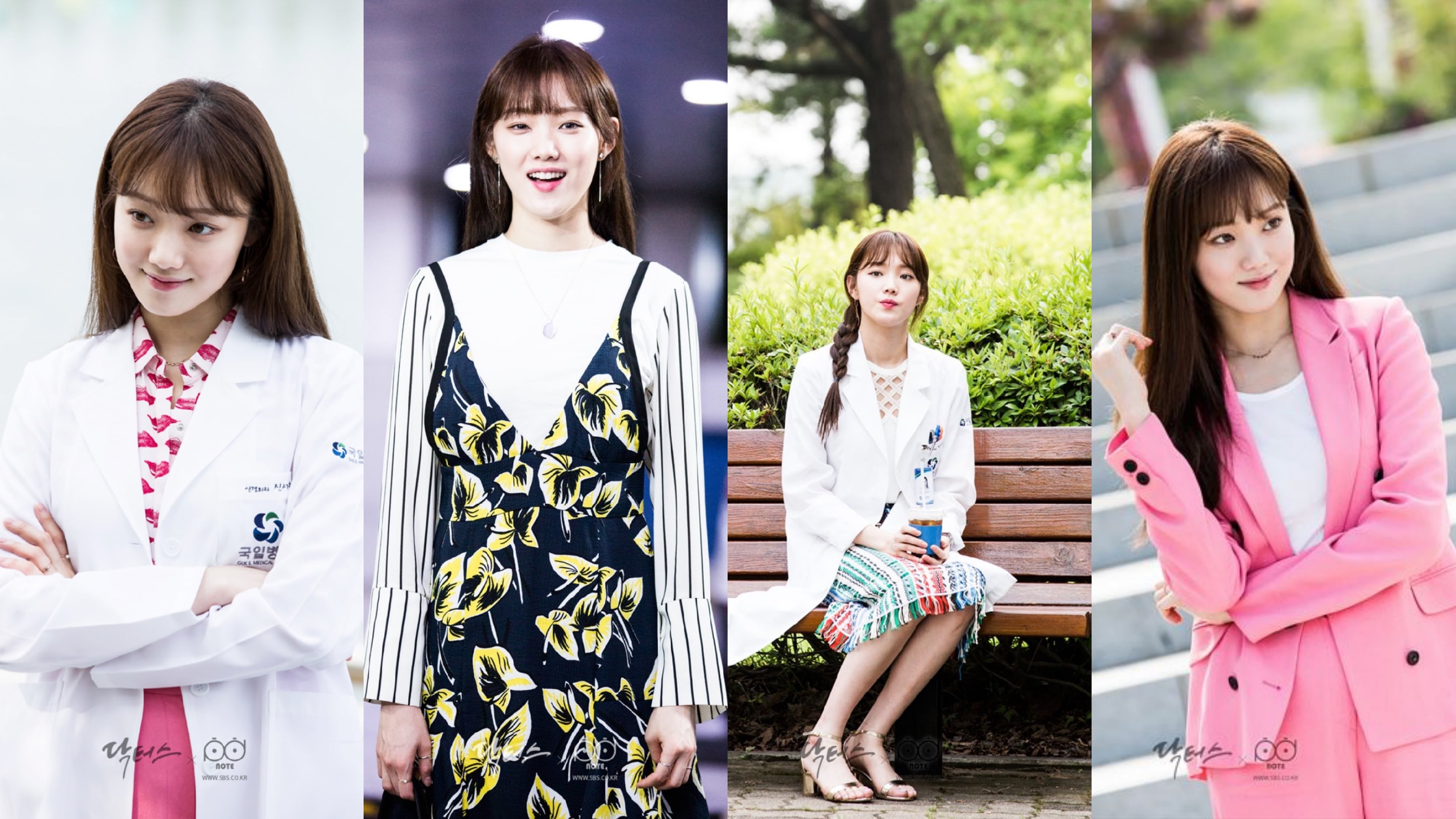 Choi Michaela in “About Time” is gifted with the power to see how much time people have left on earth, even her own. This is why she is determined to do everything she wants to achieve, including her passion to make it as a musical actress. In this drama, Lee Sung Kyung wears a variety of pastels, light-colored pieces, and feminine dresses that show her gentle, kindhearted character. 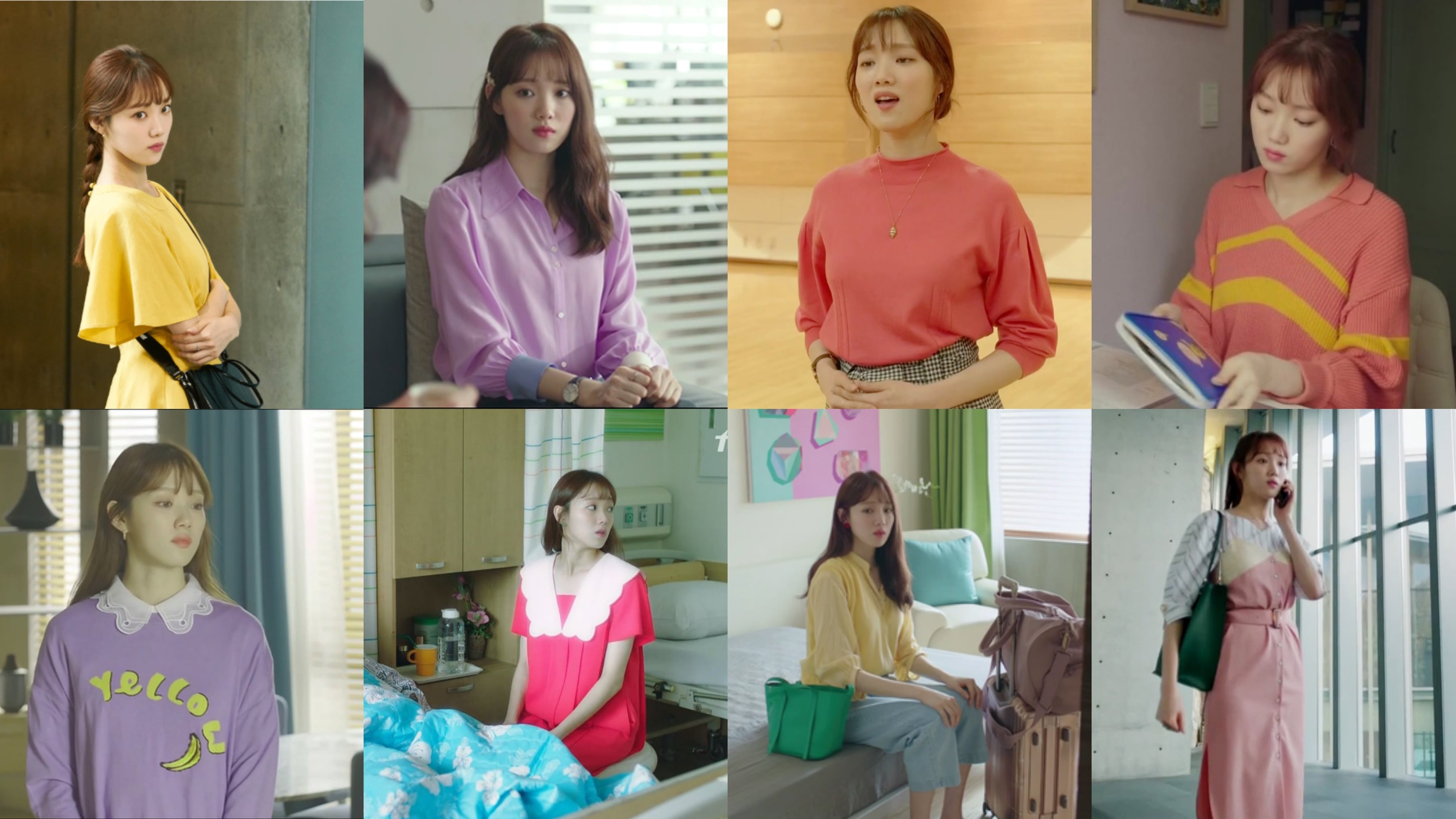 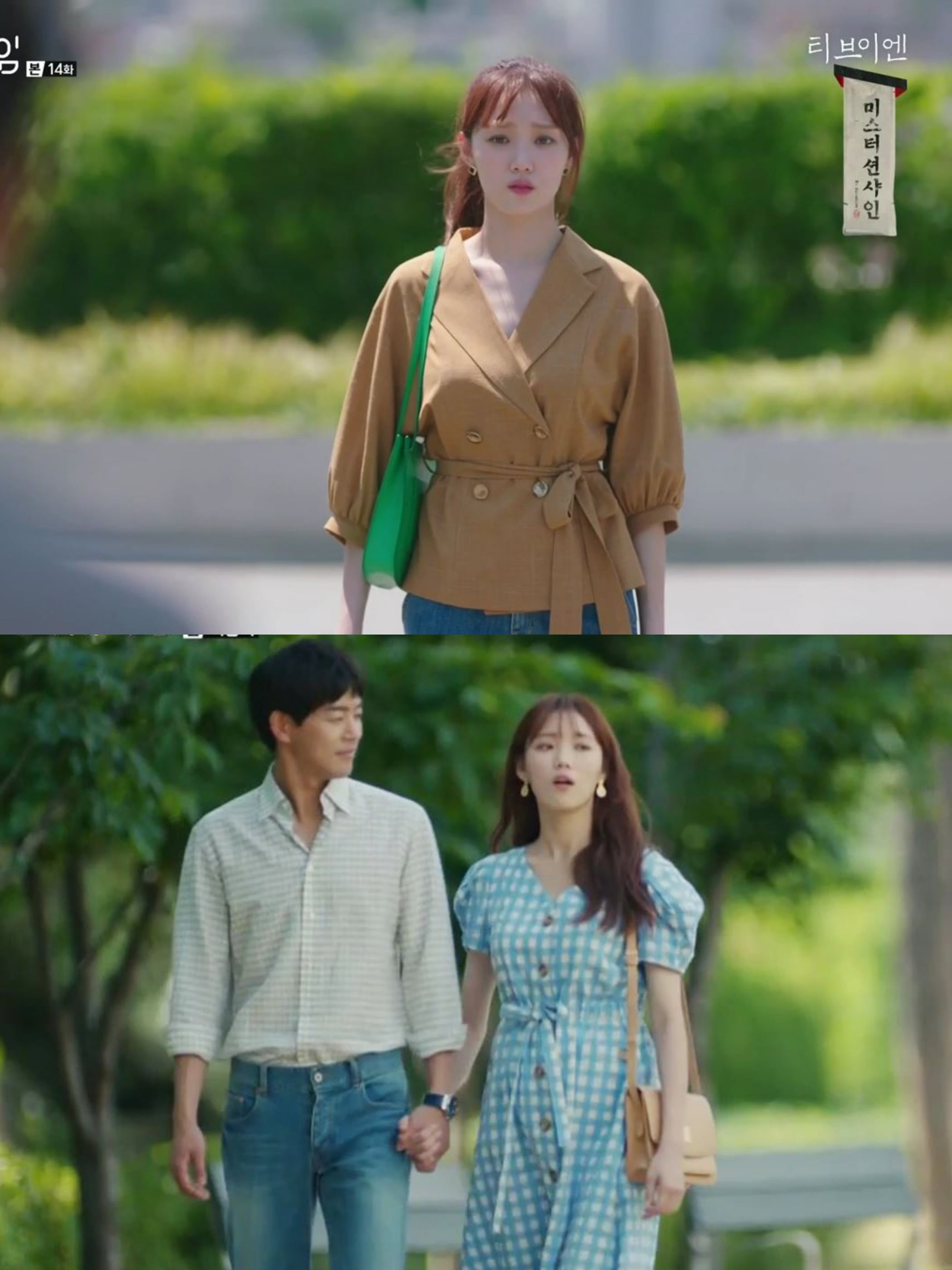 In her new film, “Girl Cops” with co-star Ra Mi Ran, Lee Sung Kyung has proved again that she is both a style and acting chameleon. No matter what role she plays, whether it’s in a comedy, melodrama, romance, or action, she shows that she can play them all, and carry them with grace and style. We can’t wait to see her back in the drama scene! 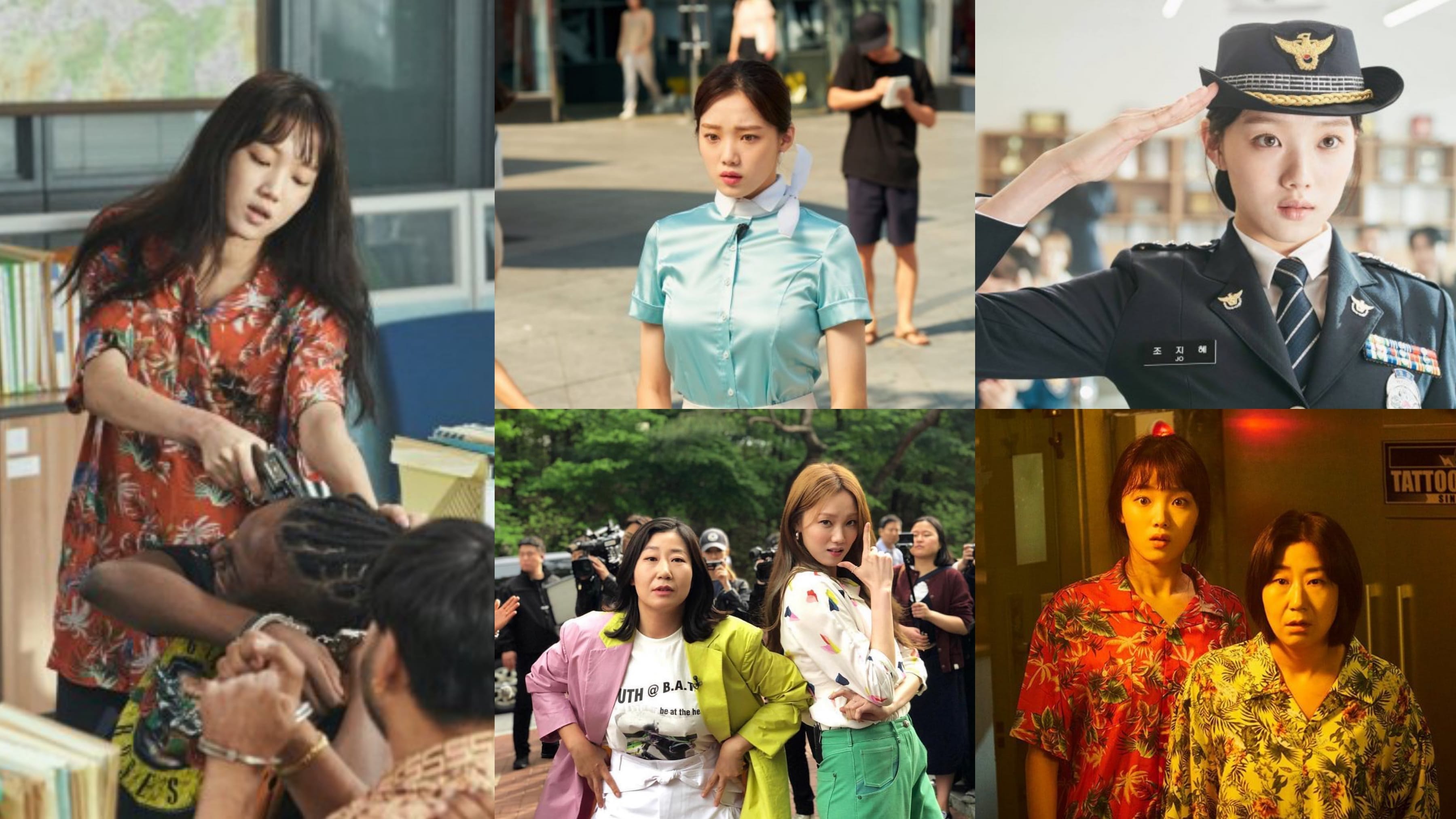 Hey Soompiers! Which of Lee Sung Kyung’s drama roles and styles do you like best? Let us know in the comments below!

Currently watching: “Perfume,” “Search: WWW”
All-time favorites: “Because This Is My First Life,” “Weightlifting Fairy Kim Bok Joo,” “Goong,” “My Love from the Star,” “My Ahjussi”

Soompi Spotlight
Lee Sung Kyung
It's Okay That's Love
Cheese in the Trap
Flower of the Queen
Weightlifting Fairy Kim Bok Joo
About Time
How does this article make you feel?