Update: Berry Good’s Johyun Opens Up About Controversy Over Her Outfit At “Game Dolympic”

Berry Good’s Johyun has shared her thoughts regarding the recent controversy regarding her outfit for OGN’s “Game Dolympic 2019: Golden Card.”

Below is a translation of the message she posted on her Instagram Stories:

I’m always doing my best while feeling thankful that I’m able to be a celebrity.

I’m also human and a regular Korean woman whose emotions and thoughts waver as a result of criticism and words of support.

Sometimes, I look at my reflection in the mirror and think of myself as pathetic, and I wonder if I have to accept this truth. Though it’s hard to endure the myriad of emotions that get jumbled up together, I’m overcoming it by cheering myself on.

Although I’m not perfect, I’m doing my best for the sake of my projects and broadcasts.

Your warm words of support made me tear up.. I sincerely want to thank you.

I believe we should respect everyone regardless of their gender because we all grew up in different environments and think differently. I love everyone that is living in the same era as I am!!

As long as your health allows you to do so, I hope that everyone will do what they want to do, spend happy and enjoyable days, and live their one and only lives helping others out.

Have a good day today. I sincerely thank you and love you for cheering me on.. Thank you for holding me whenever I falter.. I’m still very young, but I will grow into a mature person!! 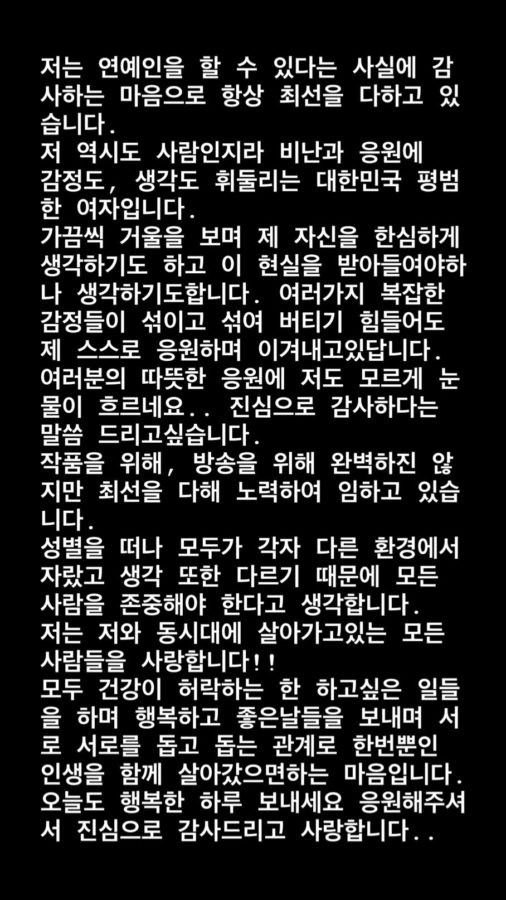 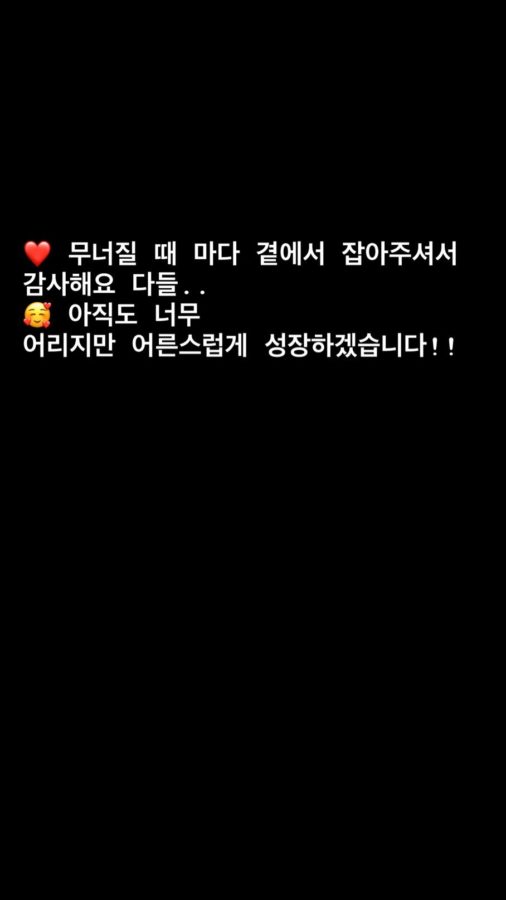 The event is an eSports competition that invites idols and other celebrities to play a variety of games, and it took place on June 17. On the red carpet, Johyun cosplayed as the nine-tailed fox character Ahri from League of Legends. 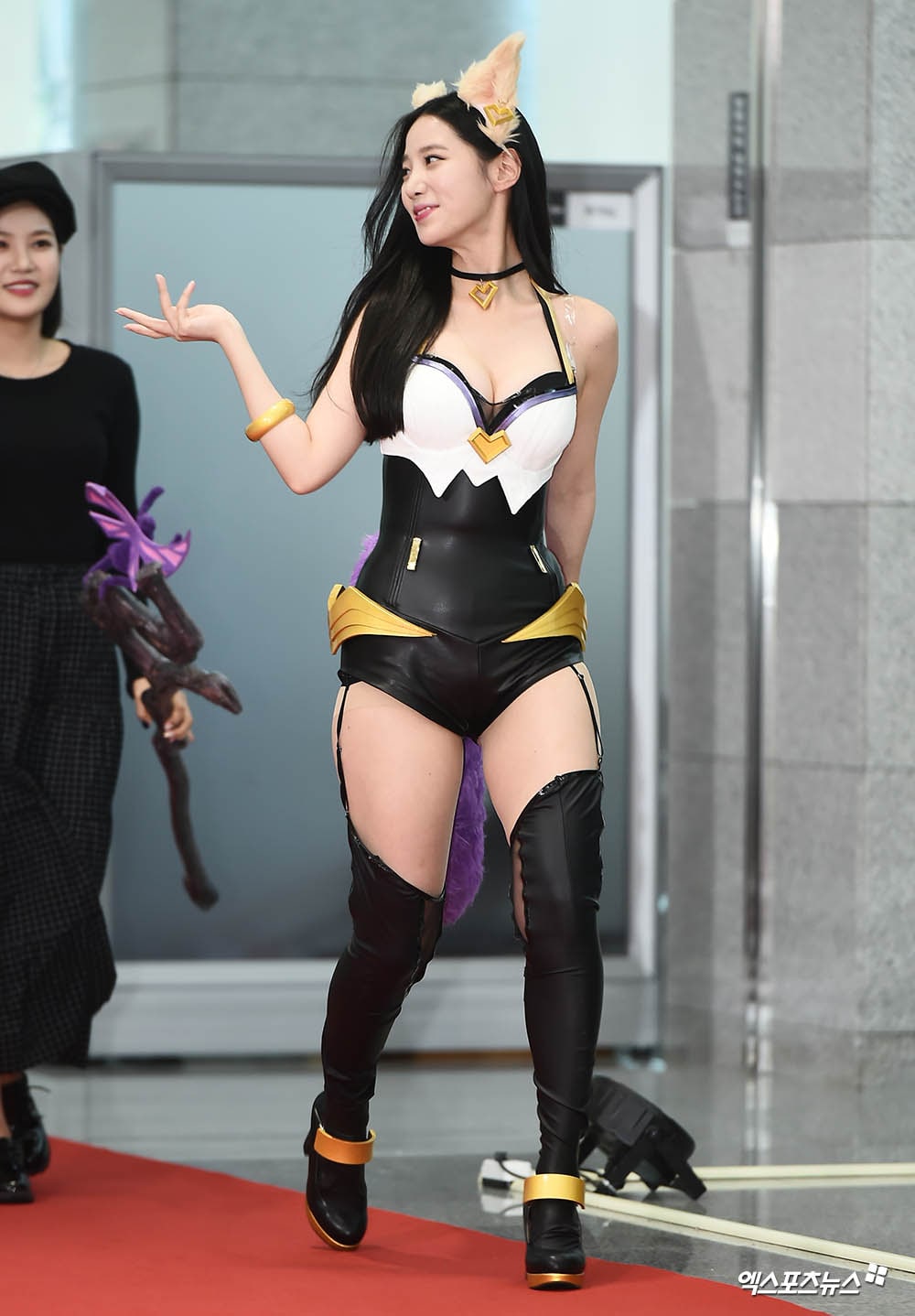 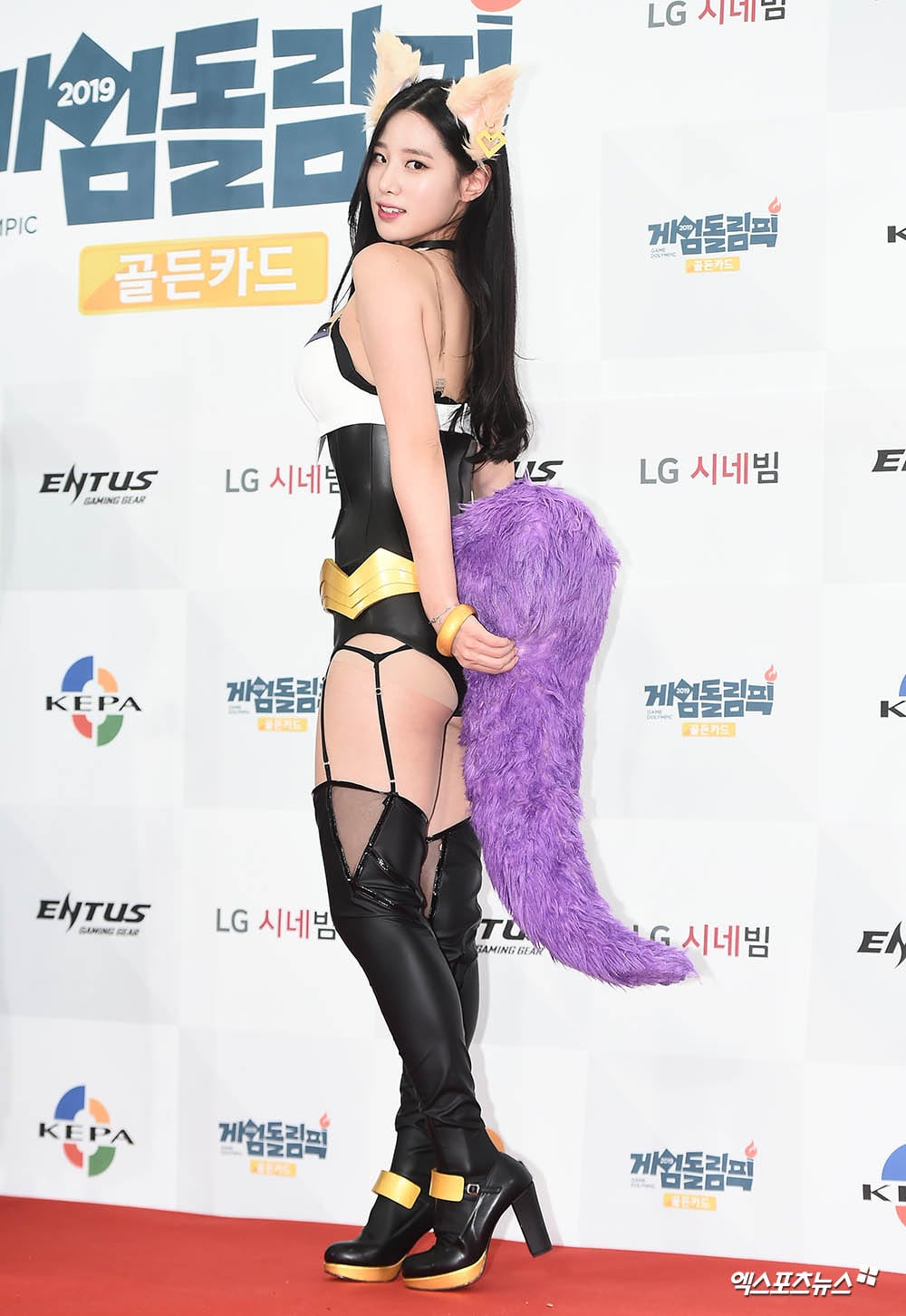 After the event, an argument arose online over her outfit, with some people saying it was overly suggestive and revealing and others saying it wasn’t a problem since she was simply cosplaying a game character at a gaming event.

A source from her agency JTG Entertainment stated to outlet No Cut News, “After discussing with the organizers, she wore an outfit prepared for her in order to perfectly pull off the cosplay.” They added, “She likes and enjoys games, and she wanted to communicate together with game users.”

In addition, a source from the the host channel OGN said, “It’s true that we prepared the outfit for her after discussing with her agency.” They went on to say, “It was simply a cosplay of a game character, and so we ask that you refrain from overanalyzing it.”