INFINITE’s L Faces A Difficult Choice After Remembering His Past In “Angel’s Last Mission: Love”

“Angel’s Last Mission” stars Shin Hye Sun as Lee Yeon Seo, a cynical ballerina who doesn’t believe in love, and L as Dan, the angel who is forced to become her Cupid.

Recently, Dan recalled his memories from before he became an angel. As a human, his name was Yoo Sung Woo, and he had an abusive father. A younger Lee Yeon Seo was the one who taught him to see rainbows after a storm, and Dan says in a voice-over, “I wanted to become an adult for that child. I didn’t want to die.”

On June 17, the production staff of “Angel’s Last Mission: Love” revealed stills of L at the ocean. As Dan has previously dreamed of a boy hanging off a cliff, this appears to be the same place that the human boy Yoo Sung Woo met his death.

L’s expression in the stills perfectly capture Dan’s complicated feelings, a mixture of sadness, doubt, and emptiness. In the most recent episode, Dan left Lee Yeon Seo’s side, fearing that he would cause her more pain than happiness. As he returns to the place where his past life ended, he now faces the difficult choice whether to return to Lee Yeon Seo’s side. 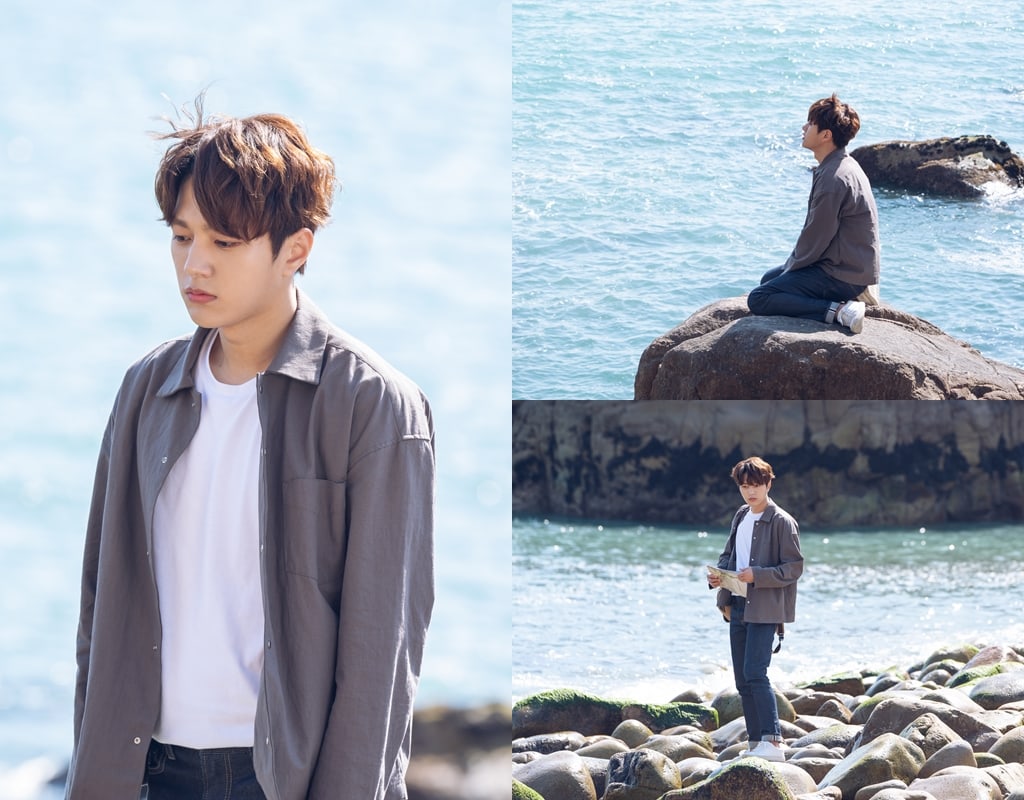 The next episode of “Angel’s Last Mission: Love” airs on July 19 at 10 p.m. KST. Check out the most recent episode below!