Each of the character posters hints at the steamy nature of the drama, as well as its taboo subject matter. Park Ha Sun plays Son Ji Eun, a part-time worker at a grocery store whose life is boring and predictable until she meets Lee Sang Yeob’s character. Lee Sang Yeob plays Yoon Jung Woo, a biology teacher who is more interested in nature than humans until he falls madly in love with Son Ji Eun.

Park Ha Sun’s poster caption reads, “The moment he grabbed my hand, I finally saw the real me.” In the other version, she says, “Don’t drag me into your shallow life. I’m not that kind of woman.” This hints at her character’s desire to live a more full life while also trying to resist temptation. 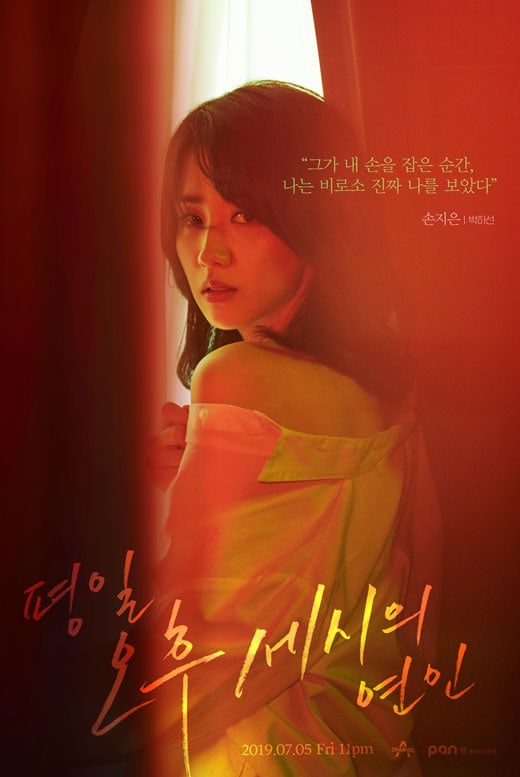 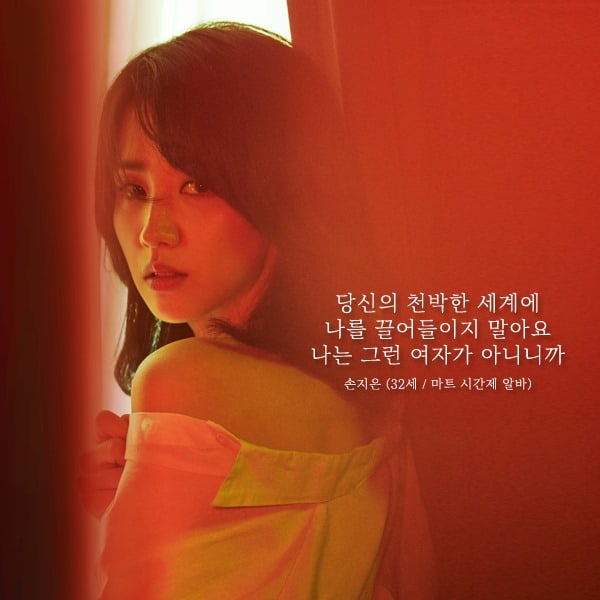 Lee Sang Yeob’s two poster captions read: “I begged God to let me have your share of punishment as well as my own” and “It’s immoral, I know it’s immoral. But every day I dream of running towards that woman… even though I have a wife and she has a husband.” This suggests that Yoon Jung Woo is a character who tries to be righteous even when falling into sin. 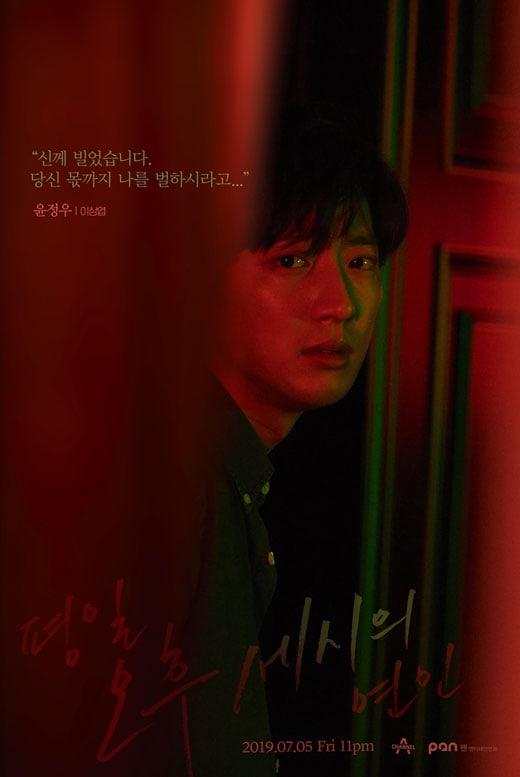 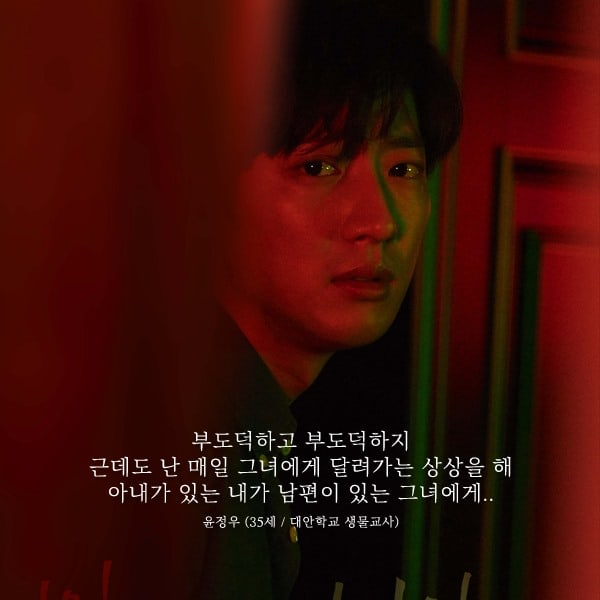 Ye Ji Won captures a more seductive vibe as Choi Soo Ah, a housewife who has no qualms about having affairs. Her two poster captions read: “I meet a man every weekday from 3 to 5 in the afternoon. Two hours is enough” and “Is an affair that big a deal? Think of it as personal physical training. Is it so bad to invest two hours of your day with me to improve your body and mind?” 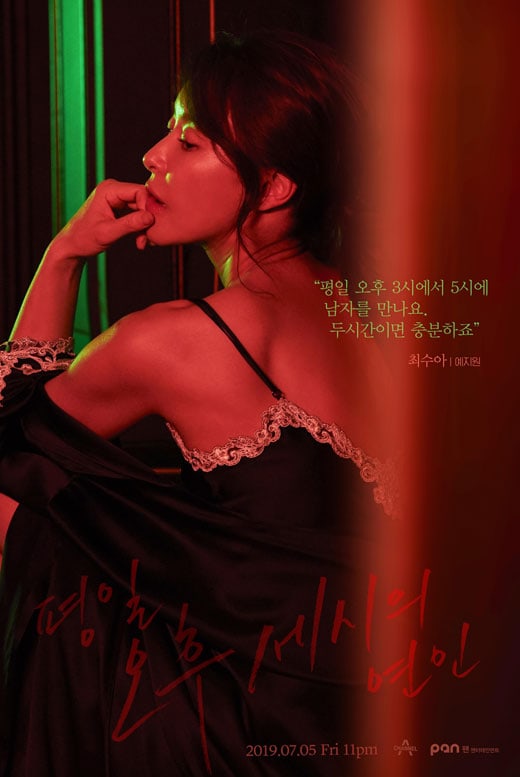 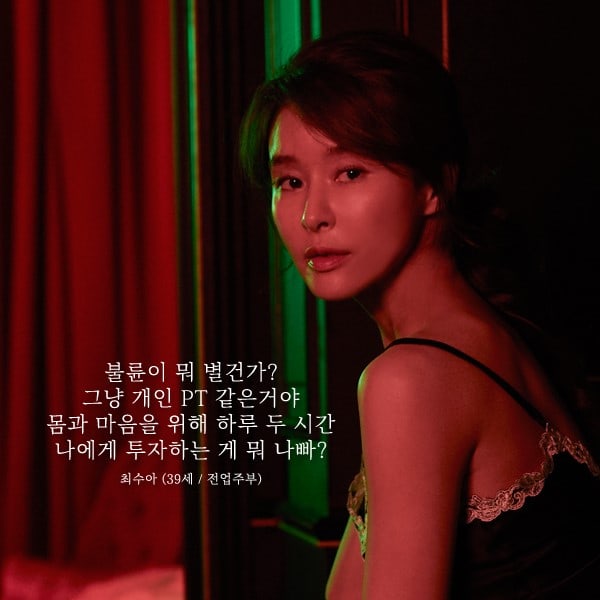 Jo Dong Hyuk plays Ye Ji Won’s lover, a painter named Do Ha Yoon. Despite his playboy looks and willingness to have an affair with a married housewife, he appears completely smitten with Ye Ji Ah’s character. His poster captions read: “The things I want mean both nothing and everything to you” and “If you’ll show me your real self, I’ll gladly become your 101st lover.” 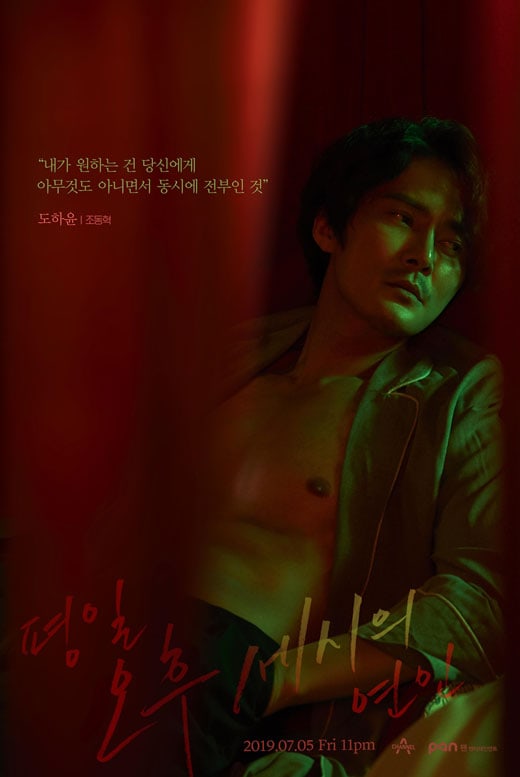 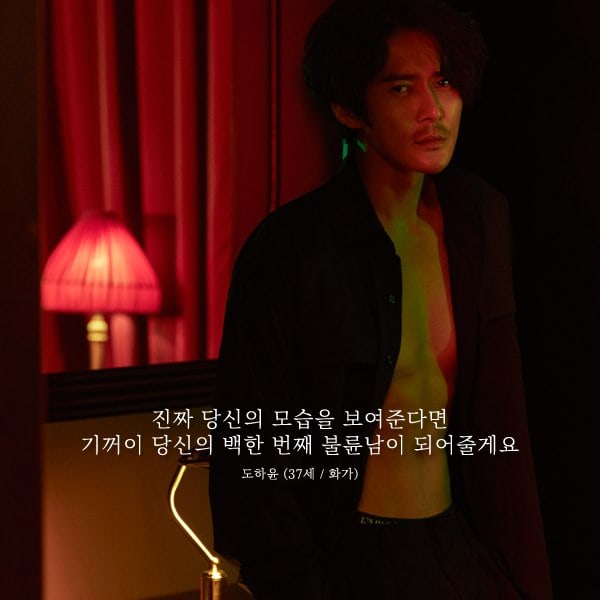 “Love Affairs in the Afternoon” premieres on July 5 at 11 p.m. KST.