Bomin starts off by rehearsing his confession, and Naeun is unable to contain her laughter. They start filming the scene, and when the director yells cut, everyone on set breaks into laughter at the awkward air. Between laughs, Naeun says to Bomin, “How are we going to do this? You have to say, ‘Hey,’ first.” Bomin replies that he forgot to say the line, and Naeun tells him, “It’s okay.” 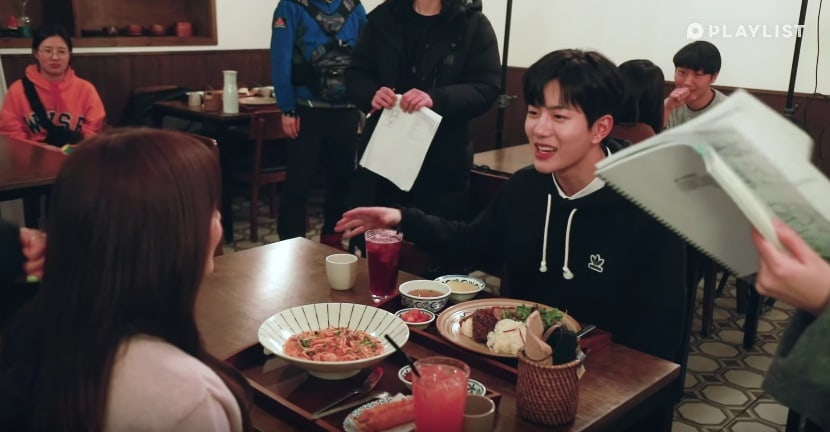 The video cuts to Kim Su Hyun (playing Yeo Bo Ram), who smoothly brings Naeun into the camera frame. Naeun notices the camera filming her and says, “Hey, you turned the camera to me on purpose, right? Because you felt too embarrassed to be on camera right now.” Kim Su Hyun responds with a mischievous smile, “Kim Ha Na’s lips are important today.”

During the rehearsal for their kiss scene, Naeun keeps smiling widely, making the director say, “This girl, why is she enjoying it so much?” Naeun waves her hand in denial and says, “Don’t film this! It’s just been so long since I’ve kissed someone,” to which Bomin comments, “Why do you keep emphasizing the fact that it’s been a long time?” 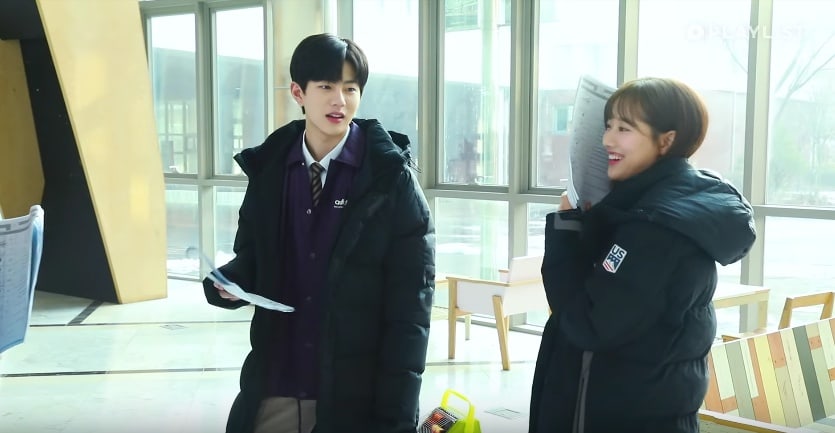 Cutting to Naeun and Bomin being told about the kiss scene for the first time, Naeun softly shares, “How embarrassing.” When Bomin simply laughs repeatedly, Naeun comments, “What’s with your reaction?” and pretends to sulk.

After successfully filming the kiss scene, Naeun laughs at Bomin for being unable to find her lips and imitates him. Bomin does his best to find an excuse, but Naeun doesn’t buy it. “You’re really weird. What a weird guy,” she says. 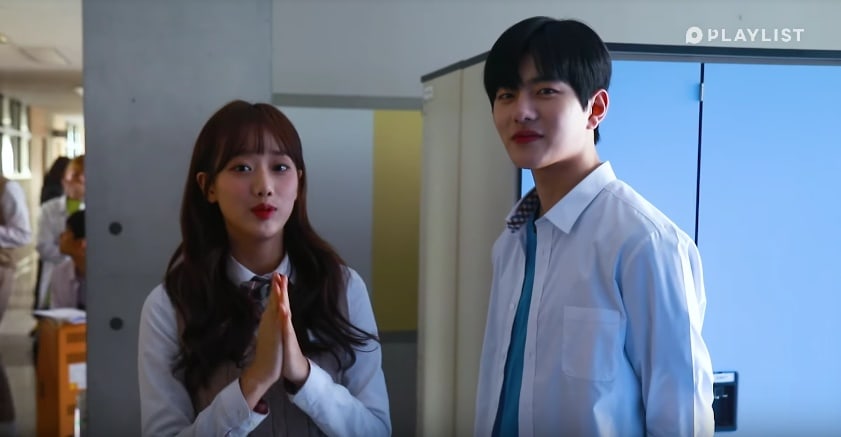 Later, Naeun says, “It’s my first kiss scene since my debut. My fans must be sad. Oh, same goes for you (Bomin) too. I’m worried that Fineapple (APRIL’s fan club) will be worried. We are never… this is just a job, so don’t worry, Fineapple.” Bomin repeats, “Don’t worry.”

In the epilogue, Naeun shares that her mother reacted with excitement when told about the kiss scene, while her father said he would not allow it. Asked if he told his parents about the scene, Bomin says, “Me? I can’t show them those kinds of things. It’s too embarrassing.”

Also check out some cute photos of the two on set!