Mysteries Waiting To Be Solved In “Search: WWW”

With the last broadcast of “Search: WWW,” Bae Ta Mi (played by Im Soo Jung) suddenly dominated the realtime search charts, becoming No. 1 on the rankings. With curiosity rising to find out what’s happened to Bae Ta Mi, here are three points to look out for in the upcoming episode of “Search: WWW”!

Why: Why is she suddenly charting?

The part viewers are currently most curious about is why Bae Ta Mi is suddenly ranking No. 1 on the realtime charts. Although she’s transferred to Barro after working at Unicon, both of which are the top portal sites in the industry, Bae Ta Mi is neither a celebrity nor a politician; she is simply an office worker. Not to mention, ranking No. 1 on the realtime charts is no small feat. The ending of the most recent episode in which Bae Ta Mi looks completely surprised to see the countless messages as well as the chart ranking on her phone reveals that Bae Ta Mi is just as confused as the viewers are. Viewers are highly anticipating the upcoming episode to finally learn what has happened on various online communities to make Bae Ta Mi trend No. 1 on the charts.

Who: Who’s the mastermind behind the situation?

The preview for the upcoming episode has left viewers wondering if there’s someone behind this whole event. In the trailer, Hong Yoo Jin (Ha Seung Ri) says, “Someone purposefully made Bae Ta Mi rise on the realtime charts,” making viewers suspect that there’s a certain conspiracy behind the situation. Furthermore, Na In Kyung (Yoo Seo Jin) says to Song Ga Kyung (Jeon Hye Jin), “Putting Bae Ta Mi on the realtime charts. It couldn’t have been you, so do you know who did it?” However, Song Ga Kyung mysteriously replies, “Why do you think it wasn’t me?” Viewers have compiled a growing list of suspects that try to fit Bae Ta Mi’s description “I half suspected and half hoped it wasn’t this person” including Song Ga Kyung, KU Group’s chairman Jang Hee Eun (Ye Soo Jung), assemblyman Joo Seung Tae (Choi Jin Ho), and more. 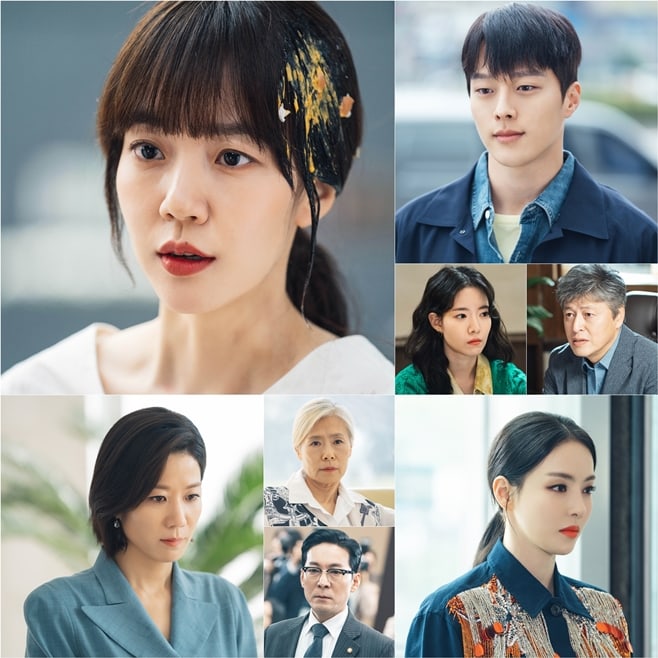 How: How will Bae Ta Mi overcome this crisis?

Finally, above all, viewers are curious to see how Bae Ta Mi will overcome this crisis. Although Bae Ta Mi appeared frightened over the unexpected situation, she’s already shown off her strength as a competitive character, making viewers excited to see just how she’ll overcome this obstacle. Not to mention, although Bae Ta Mi had to overcome her difficulties alone in the first episode when she appeared at the hearing all on her own, she now has Park Mo Geon (Jang Ki Yong), who will hold her hand through thick and through thin, as well as her reliable coworkers.

The production team of “Search: WWW” shared, “The fifth episode of ‘Search: WWW,’ which will air on June 19 (Wednesday), will interestingly tell the inside story behind Bae Ta Mi’s No. 1 rank on the realtime charts as well as the next story. Please show lots of interest and look forward to it as it’ll have high-tension storytelling with a completely unexpected twist.”

“Search: WWW” airs every Wednesday and Thursday at 9:30 p.m. KST. Catch the latest episode below!