On June 17, Good Data Corporation released their weekly ratings of the most buzzworthy dramas and actors. The results are from the company’s analysis of 24 currently airing and upcoming dramas for the second week of June.

tvN’s “Arthdal Chronicles” ranked No. 1 on the list of most buzzworthy dramas for the third time in a row. Although a drop from its original debut score of 32 percent, “Arthdal Chronicles” maintained its top ranking on the list. The reveal of Song Joong Ki’s twin and news that BLACKPINK‘s Jisoo and 2PM’s Nichkhun would be featuring in the drama created much more buzz around the drama. Song Joong Ki and Jang Dong Gun ranked No. 4 and No. 5 respectively on the list of buzzworthy actors.

Furthermore, JTBC’s newest Friday-Saturday drama “Chief of Staff” ranked No. 3 on the list of buzzworthy dramas. Lee Jung Jae, who has returned to the small screen for the first time in 10 years, has created a lot of buzz, landing him in second place among buzzworthy actors. His costar Shin Min Ah also ranked in the top 10 as No. 8. The drama has been receiving a positive response as a well-made political drama.

Although “Search: WWW” dropped one rank to the No. 4 slot, it gained favorable reviews for its coverage of refreshing and sensitive topics as well as unique filming techniques. The lead, Im Soo Jung, ranked No. 6 among buzzworthy actors.

KBS2’s “Angel’s Last Mission: Love” also maintained its spot on the list at No. 6, with Shin Hye Sun entering the spotlight for her “Giselle dance” and L receiving attention as his past life became revealed. The two actors ranked No. 7 and No. 9, respectively. KBS2’s “Perfume” also ranked No. 7 on the list, which is a drop from last week’s ranking of No. 4. 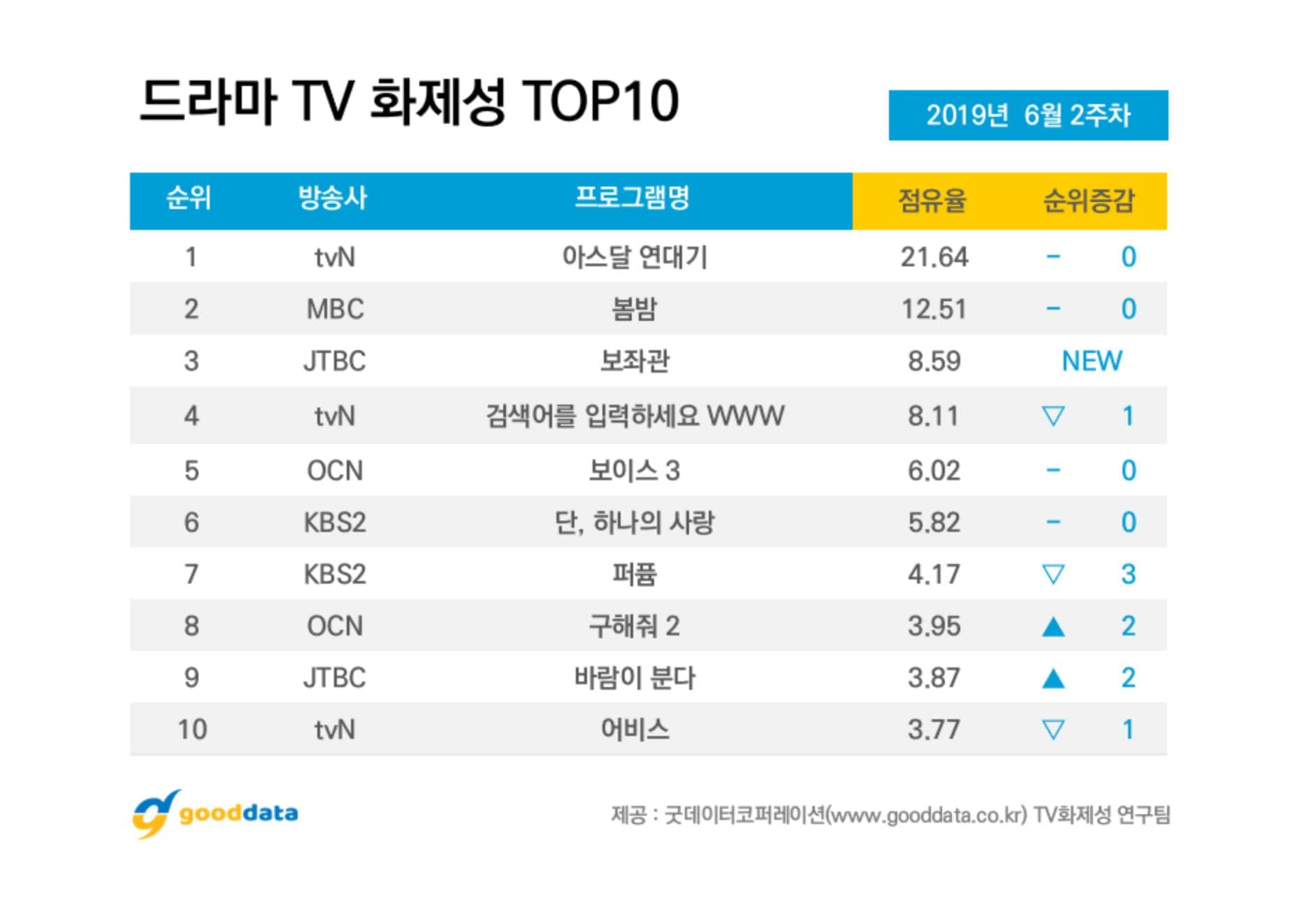 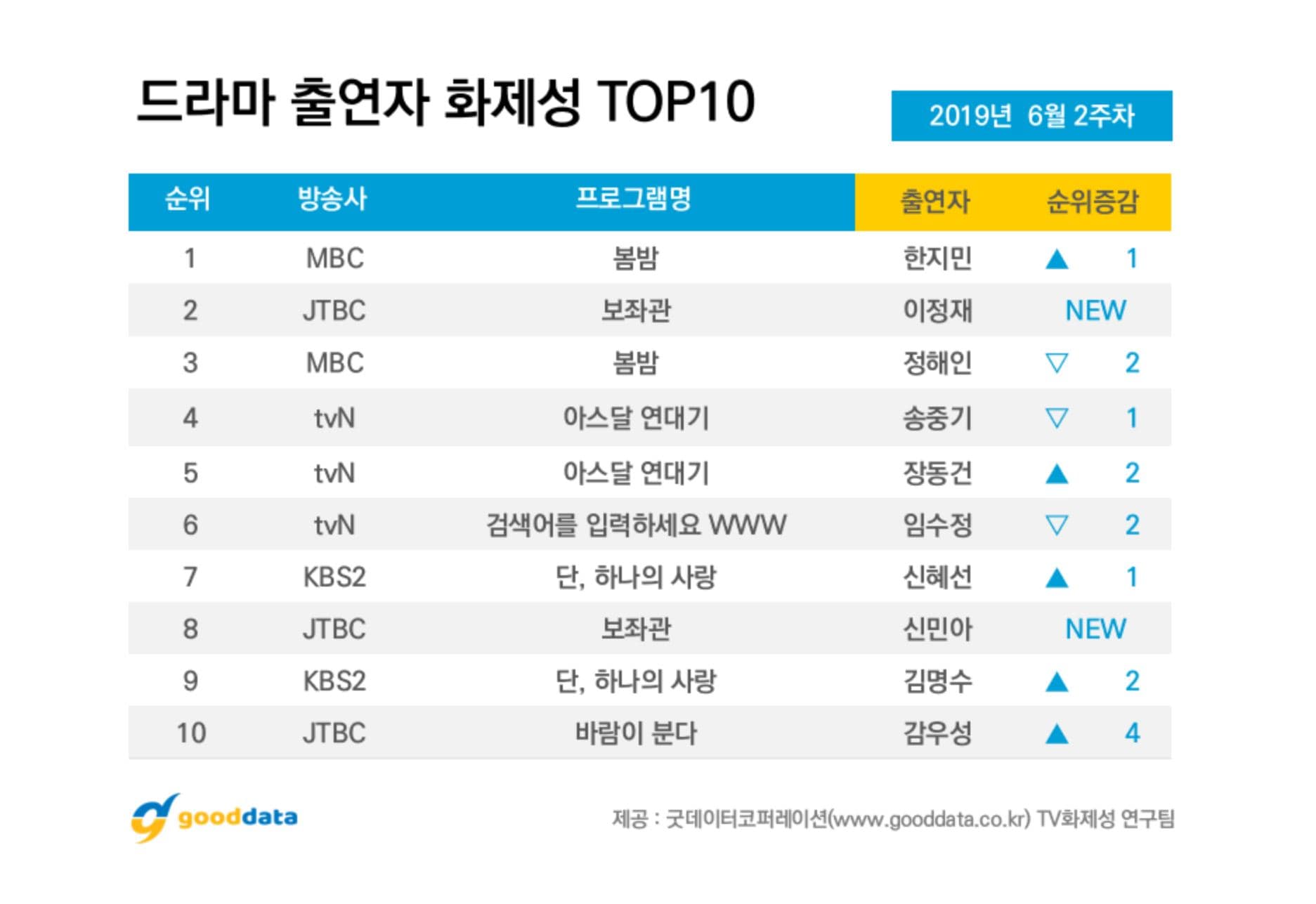