On June 18, KBS released photos and video from the first script reading of their upcoming drama “Justice.”

“Justice” stars Choi Jin Hyuk as the lawyer Lee Tae Kyung, who makes a deal with the devil in order to get his revenge, and Son Hyun Joo as Son Woo Yong, a man who becomes evil for the sake of his family. The two of them collide in an investigation into the VVIPs of South Korea after several actresses mysteriously go missing. 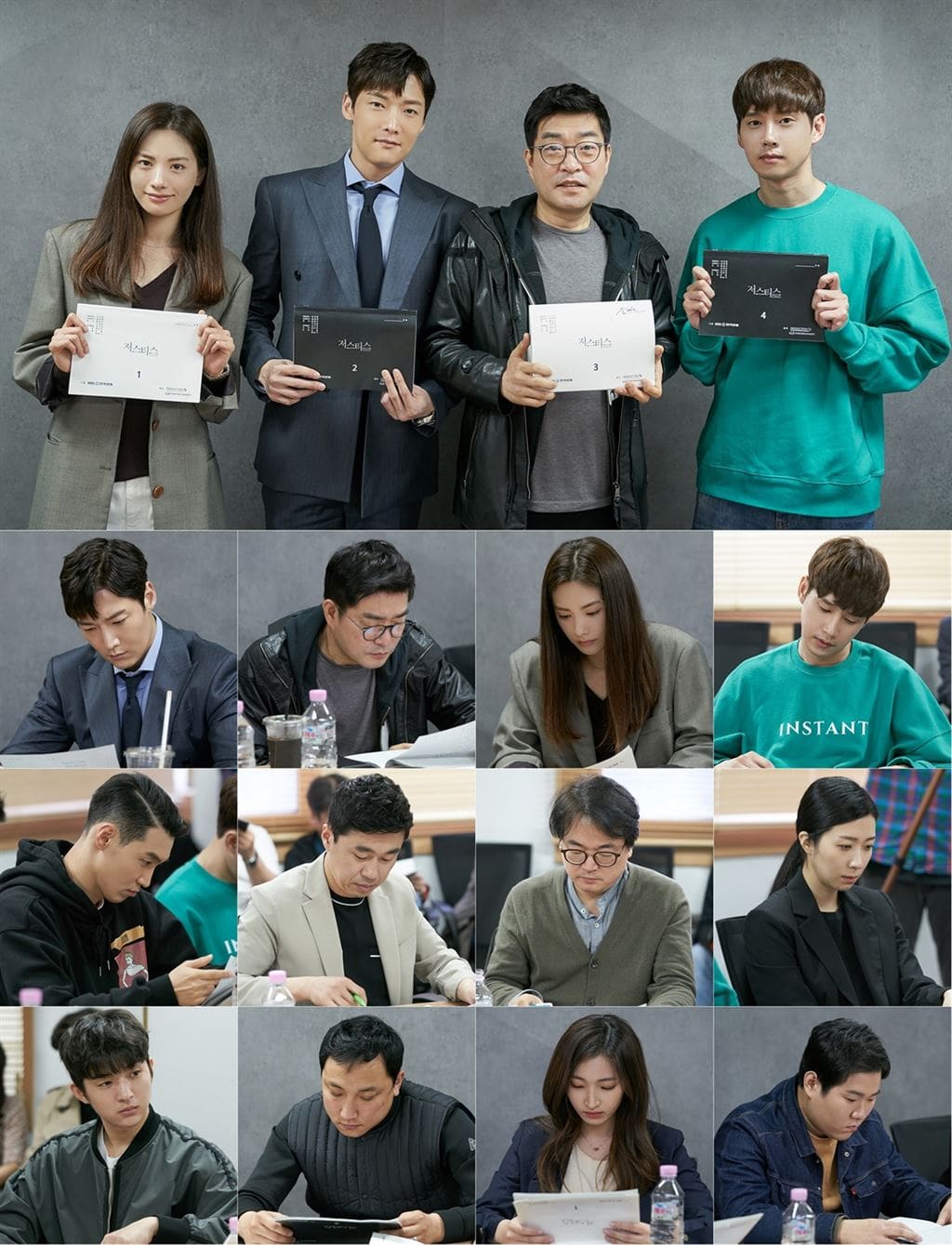 The screenwriter promised to work hard until the end in order to create a good drama, while the director expressed his hopes that the cast and crew would become friends who met up even after the drama ended.

The video shared by KBS showed clips not only of the script reading but also messages from the cast on set. Choi Jin Hyuk describes his character as someone who has become corrupted but evolves over the course of the drama. Son Hyun Joo describes his character as the president of a construction company who will stop at nothing for money and power and jokes, “I don’t know if I can pull off a role like this with my kindly face.” He also praised Choi Jin Hyuk and Nana’s acting skills.

Nana describes her character as someone who is very bright, tough, and persistent when dealing with evil and says, “She is a very passionate and amazing woman. I am working hard to synchronize with her 100 percent.” Park Sung Hoon describes his character as a second-generation chaebol [a large family-owned business conglomerate] heir and hopes that the viewers will enjoy watching his character as much as he enjoyed playing him.

“Justice” premieres sometime in July. Check out the video below!