“Le Coup de Foudre” is one of the big C-drama highlights of 2019, if not of all time. But the downside of a truly great drama is that it can make us feel empty after it’s over. If you just finished “Le Coup de Foudre” and are now suffering from the post-drama void, here is what you can watch next. After all, the best remedy is a new drama! 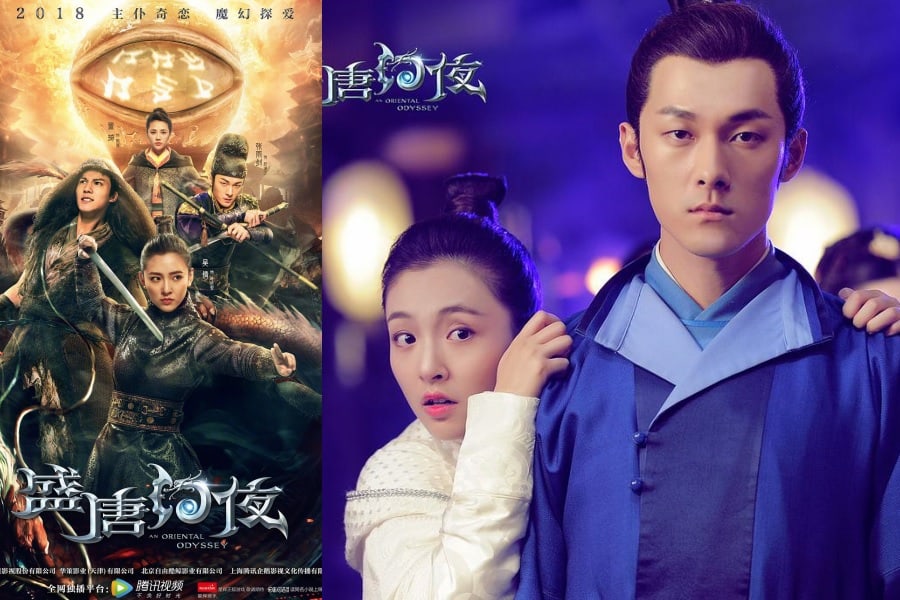 If you’ve become a fan of Wu Qian and Zhang Yu Jian and haven’t watched “An Oriental Odyssey” yet, then it’s about time. The sizzling chemistry between Wu Qian, who plays female lead Ye Yuan An, and Zhang Yu Jian, who stars as the second male lead Zhao Lan Zhi, caused serious second lead syndrome for many fans of this fantasy tale adapted from a novel by Miao Juan. Nonetheless, the chemistry between Wu Qian and male lead Zheng Ye Cheng, who plays her servant of mysterious origin, Mu Le, doesn’t fall behind either. Since Lan Zhi is a constable and Yuan An the super curious and courageous daughter of a government official, the badass trio solves many cases together.

“The Plough Department of Song Dynasty” 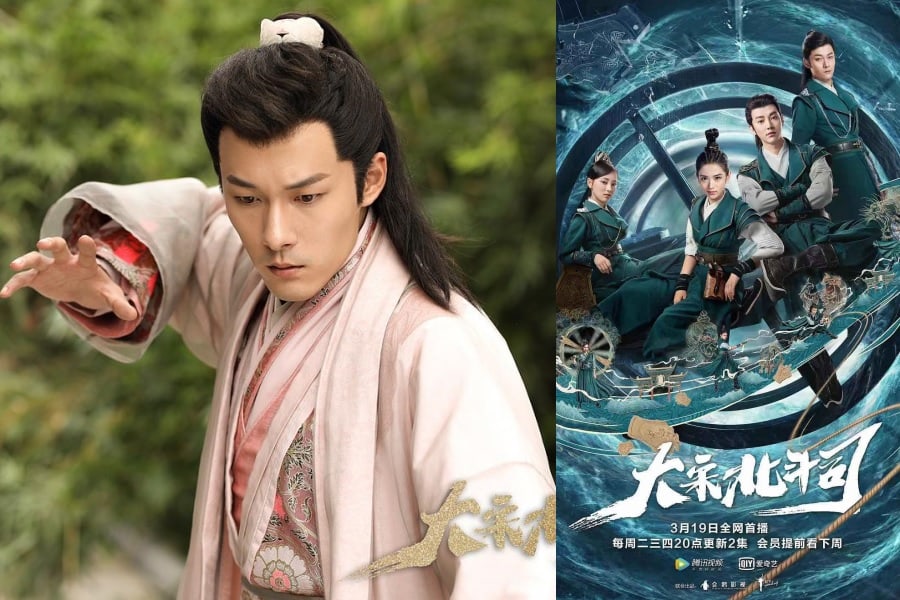 “The Plough Department of Song Dynasty” is very similar to “An Oriental Odyssey” in genre, as we also have a badass foursome who solve cases together, but this drama is notably higher on the comedy. Furthermore, Zhang Yu Jian’s character here is completely different from the cold and composed Yan Mo in “Le Coup de Foudre.” Playboy Liu Sui Feng from “The Plough Department of Song Dynasty” will show you what a versatile actor he is. Next to Zhang Yu Jian, the drama also stars Xu Ke, Dai Lu Wa, and Huang Can Can as leads. 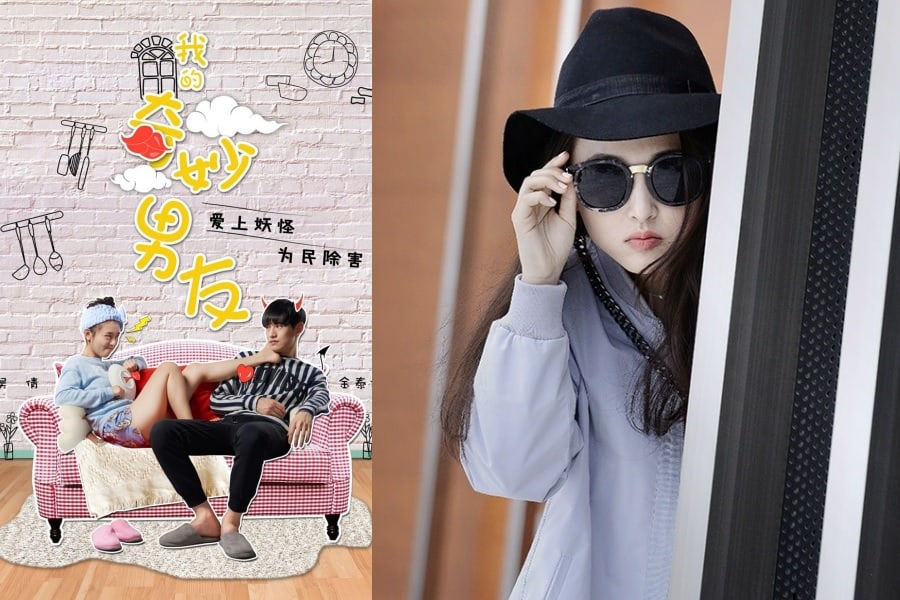 “My Amazing Boyfriend” is a must-watch for every Wu Qian fan. Adapted from the novel of the same name by Shui Qian Mo and directed by Deng Ke (“Detective L,” “When We Were Young“), it tells the love story of second-rate actress Tian Jing Zhi (Wu Qian) and mutant Xue Ling Qiao, played by Korean model-turned-actor Kim Tae Hwan. This modern fantasy drama was immensely popular when it aired back in 2016 and Wu Qian is absolute comedic gold in it! 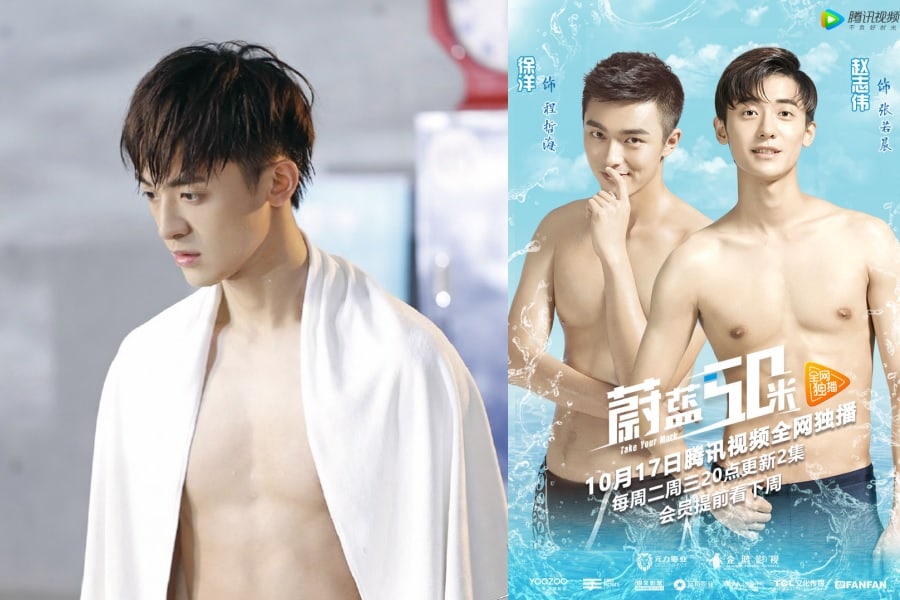 If you’d love to see Zhao Zhi Wei in a leading role, then “Take Your Mark” is the right drama for you. In this bromance-focused adaptation of the manhua “Blue 50M” by Nai Ao Mao, Zhao Zhi Wei plays Zhang Ruo Chen, a former member of the national swimming team who was kicked out because of a drug scandal. He now attends a sports school where he meets his childhood friend Cheng Zhe Hai (Xu Yang) again. Ruo Chen believes Zhe Hai betrayed him two years ago and has since turned into a cold person. 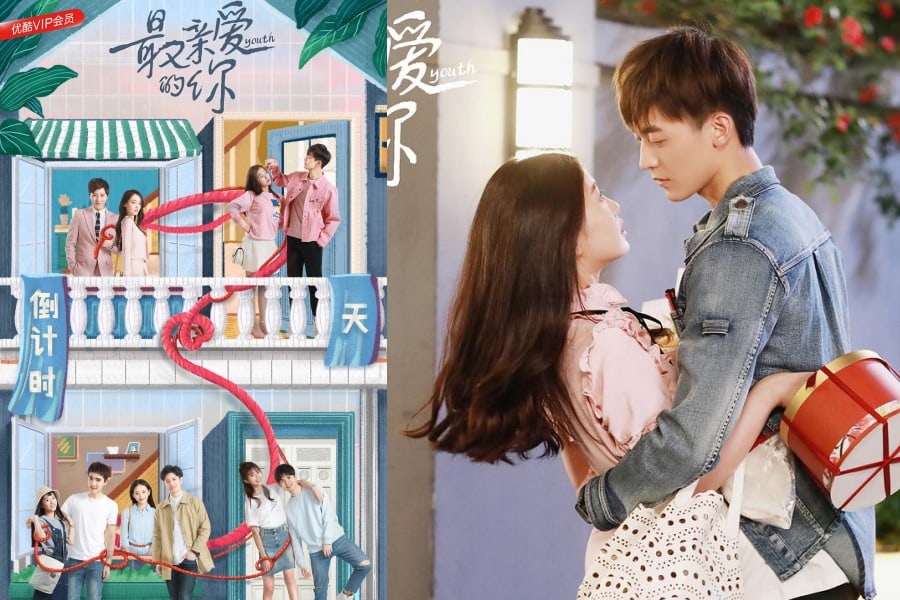 Zhao Zhi Wei also stars in “Youth,” a female-centered, coming-of-age drama. Zhao Zhi Wei only stars as a supporting character in this drama, namely the boyfriend of one of the five leading ladies, played by Esther Yu, Wang Yan Zhi, He Lan Dou, Yang Zhi Ying and Vian Wang. Yet Zhao Zhi Wei’s character here is not the typical good guy and is one of the most interesting ones.

For more romance based on true stories

“My Story For You” 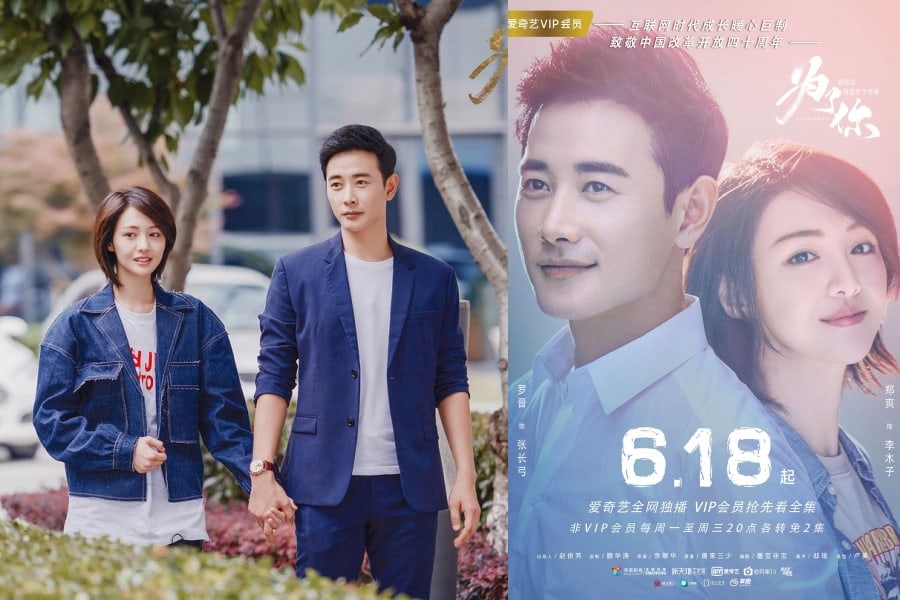 “My Story For You” is adapted from the novel “For You, I Will Love the Whole World” by Tang Jia San Shao, in which the author recounts his and his wife’s own love story that spans 16 years. Zhang Chang Gong (Luo Jin) and Li Mu Zi (Zheng Shuang) get to know each other as young adults when Chang Gong just starts out in the IT industry and Mu Zi is still in university. They learn to love and support each other through economically difficult times and illness.

“Imagine Me Without You” 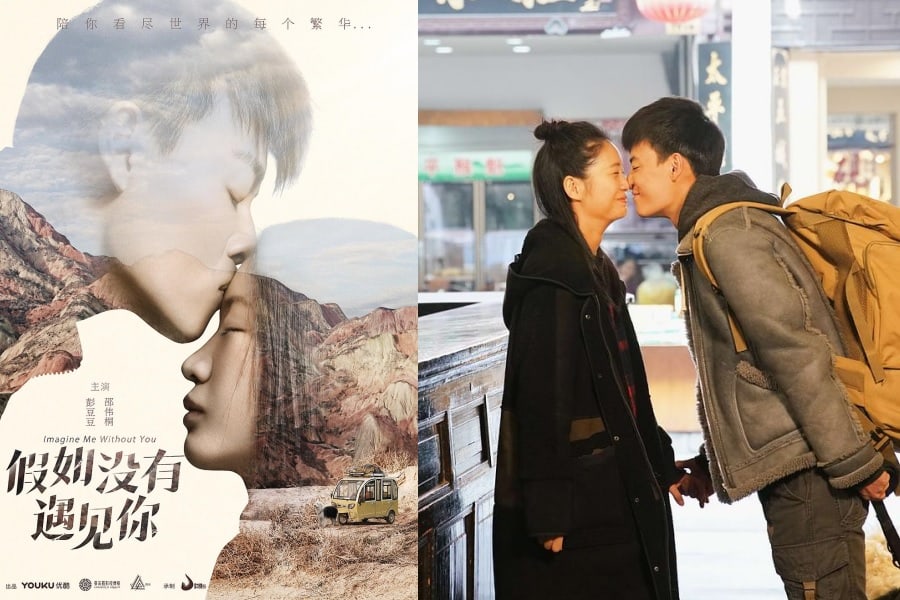 Directed by Yang Long (“A Love So Beautiful,” “Advance Bravely”), “Imagine Me Without You” is based on the story of a real couple whose photos you can see during the ending theme song of the drama. Lai Min (Peng Dou Dou) is a terminally ill young woman. While working off her bucket list, she asks her former classmate from elementary school, Ding Yi Zhou (Shao Wei Tong), out because she wants to experience a one night stand, but ends up gaining a partner for life. Even when Yi Zhou learns about Lai Min’s illness, he doesn’t leave her side and instead embarks on a journey across China with her after seeing traveling listed on her bucket list.

For more couples that withstand years of separation 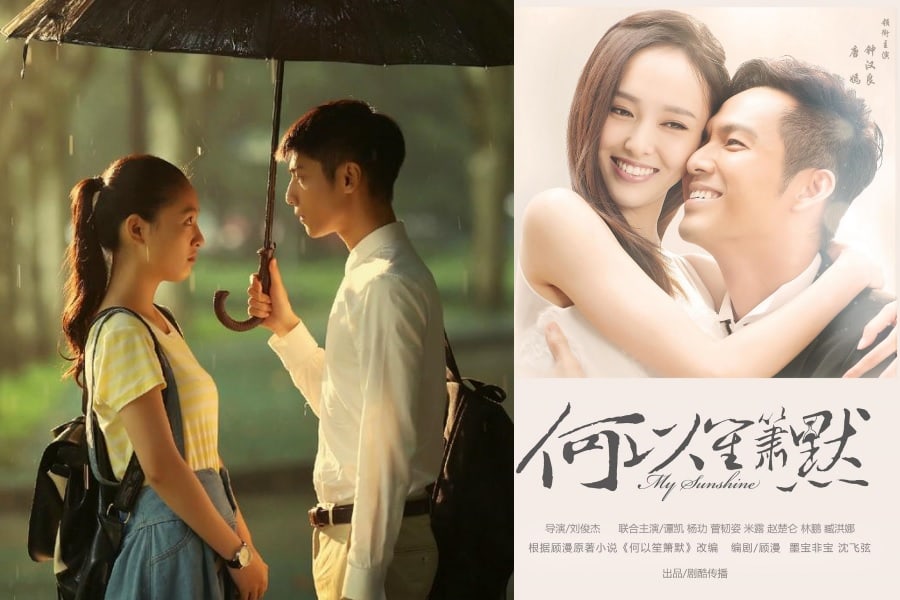 “My Sunshine” is a modern classic that shouldn’t be missed. The drama is adapted from a novel by one of China’s most famous online authors, Gu Man, who also wrote the source novels of the megahit dramas “Love O2O” and “Boss & Me,” and tells how photographer Zhao Mo Sheng (Tiffany Tang) and lawyer He Yi Chen (Wallace Chung) rekindle their love after being separated for seven years.

The two lead actors had undeniably great chemistry, but Wu Qian, who plays the titular sunshine aka Mo Sheng during her university days, and Luo Yun Xi, as the young Yi Chen, were so perfect together that I almost wished the whole drama would have been about them. Now that both actors have gained quite a lot of fame in the meantime, how about reuniting them and letting them lead their own drama, drama gods? 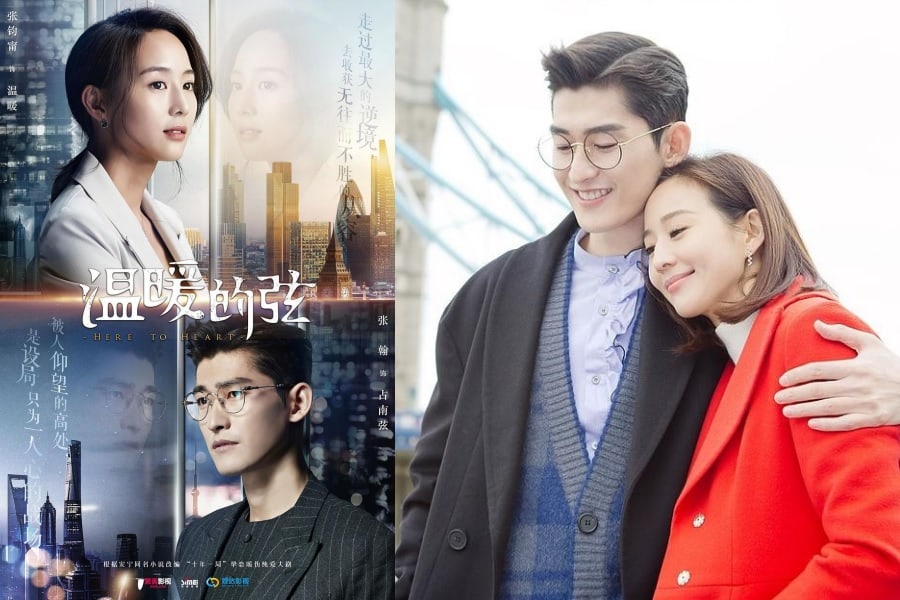 “Here to Heart” is based on the novel “Warm Chord” by An Ning. After an ugly break-up 10 years ago that left both parties deeply hurt, Wen Nuan (Janine Chang) returns from England and starts working at the company that her former boyfriend Zhan Nan Xian (Zhang Han) owns. When Wen Nuan is unexpectedly appointed as the CEO’s assistant, their story continues.

“Take My Brother Away” 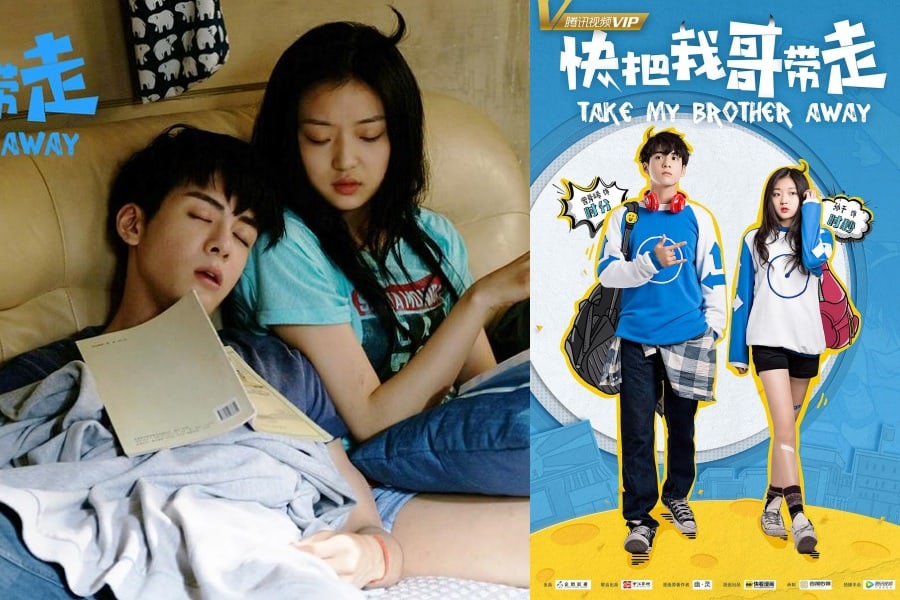 Adapted from the manhua of the same name by You Ling, “Take My Brother Away” is all about the relationship between high school student Shi Miao (Sun Qian) and her big brother Shi Fen (Joseph Zeng). Shi Miao often hates her childish prankster brother for teasing her, but in the end still realizes that he really cares for her. The drama is hilariously funny yet also gives you plenty of precious little life lessons. It’s definitely a must-watch! 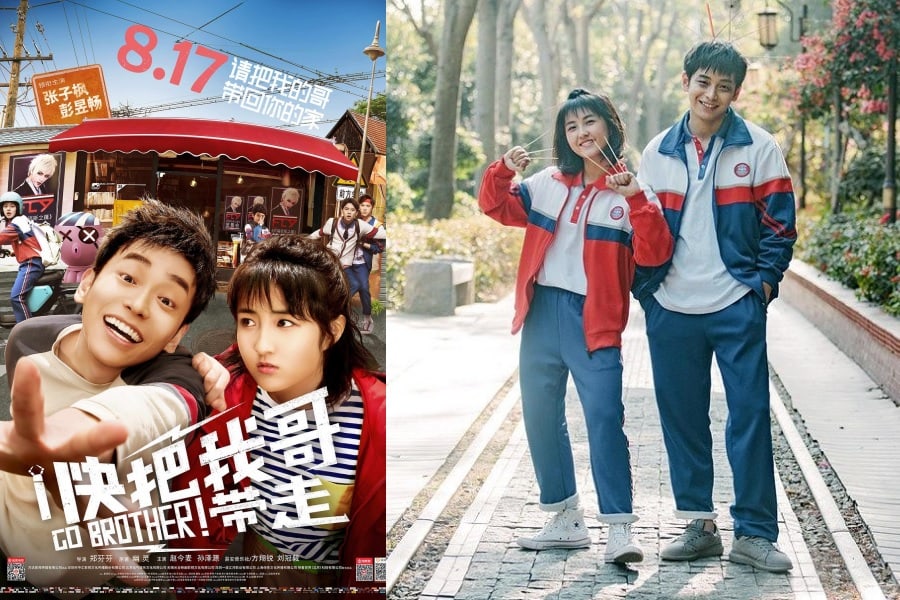 “Go Brother!” is the movie version of “Take My Brother Away,” but with a fantasy twist. When Shi Miao (Zhang Zi Feng) is once again so annoyed by Shi Fen (Peng Yu Chang) that she wished she didn’t have this big brother, the present suddenly changes and Shi Fen becomes Miao Shi Fen, the big brother of Shi Miao’s best friend, Miao Miao Miao (Zhao Jin Mai). At first, Shi Miao is ecstatic to be a single child, but she soon starts to miss her brother and becomes aware of the affection they have for each other.

Even though “Take My Brother Away” and “Go Brother!” are adapted from the same manhua and share the same universe, the execution is quite different, so be sure to check out both versions!

Hey Soompiers! What will you watch next? Let us know in the comments below!

Soompi Spotlight
My Amazing Boyfriend
My Story For You
Take Your Mark
Youth
An Oriental Odyssey
Le Coup de Foudre
The Plough Department of Song Dynasty
Here to Heart
Take My Brother Away
Go Brother!
My Sunshine
Imagine Me Without You
How does this article make you feel?