On June 19, the girl group held a showcase for the release of their new mini album “The ReVe Festival Day 1” at the Blue Square iMarket Hall. “ReVe” is an abbreviation for Red Velvet, the name of the robot from the group’s second solo concert “REDMARE,” and means “dream” in French.

Along with title track “Zimzalabim,” the mini album consists of six songs including “Sunny Side Up!” “Milkshake,” “Bing Bing,” “Parade,” and “LP.”

Joy began, “This track was in the candidate list of songs for a long time and kept getting pushed back. [SM Entertainment founder] Lee Soo Man said that we would be able to pull it off this time and strongly suggested it as the title track, so we trusted him and prepared for it.” She continued, “There were comments that said, ‘You can smell money from the song.’ I think it means that we worked with great songwriters to make a good song.” “Zimzalabim” was written by Daniel Caesar, Ludwig Lindell, Olof Lindskog, and Hayley Aitken with lyrics written by Lee Seu Ran.

Irene explained, “I hear that ‘Zimzalabim’ is used like abracadabra in Europe. It means to pursue the dream deep within your heart. It’s a song that was created by the ‘Red Flavor’ songwriter, and I think that it’s our next song that’s incredibly addicting like ‘Red Flavor.'”

Teasing the upcoming album trilogy, Irene revealed, “As for ‘The ReVe Festival Day1,’ Day 2 and Finale are being planned for this year. We’re preparing many albums. When I listen to this album’s songs, it feels like a colorful parade. This album has that kind of feeling, and the next album will have a different kind of feeling.”

Seulgi stated, “I worried a lot at first because the word ‘Zimzalabim’ is strange, but it was fun while singing it and was catchy. I prepared this album with the hope that it will be addicting.”

Describing the performance for the song, she added, “We tried to convey fresh and dynamic feelings. If you listen to the addicting hook, there’s a signature hand gesture during the part of ‘Zimzalabim.’ I think that part will be memorable. It’s a dance where we use more power and a kind of song where we have to use a lot of our bodies. I think it’s a dance that can capture people’s attention with big movements. ‘Zimbalazim’ is such a colorful song that we all contemplated how to best express it.”

She added, “Since the message of ‘Zimzalabim’ is that it’ll grant your wish, I hoped that it would give a good message to people.”

“Wendy sang many of the parts with really high notes,” said Joy. “I thought that she was great for talking about the pressure and difficulties, but still pulling it off well.” Wendy commented, “It was burdensome at first and I wondered if I could do it, but I was doing it when I was in the recording booth.” 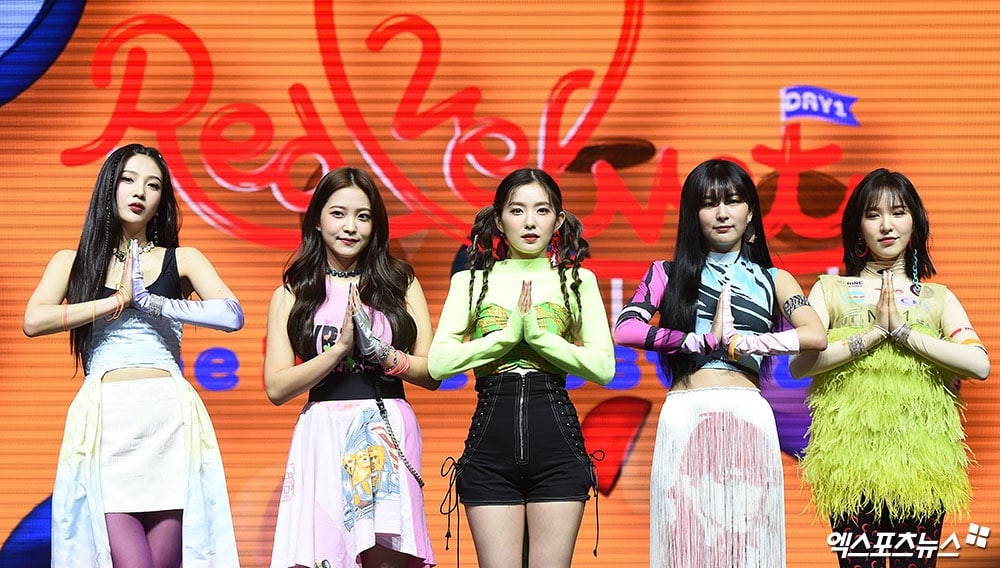 B-side track “Sunny Side Up!” was written by Jeon Gan Di with lyrics penned by Moonshine. Irene explained, “It’s a song that compares the push-and-pull between couples to controlling a fire while making eggs sunny side up. As you heard in the song, your body naturally begins moving to the beat when you hear the song. Please listen to it a lot.” Seulgi added, “I really like the hook part of ‘Sunny Side Up!’ and how the melody and lyrics match well.”

As for the rhythmical, catchy b-side track “Milkshake,” Seulgi said, “It compares the feeling of falling in love at first sight to drinking a cold, sweet milkshake.”

“Bing Bing” has a refreshing bass groove and energetic sounds. “It realistically portrayed the moment you realize your love for someone you thought was a friend,” said Wendy. “I recorded this a while ago and had saved it. I really liked it when I listened to it again, so I recorded it again one key higher.”

Joy commented, “I like that there are many fairytale-like and pretty words in our lyrics. At the end of ‘Bing Bing,’ the words ‘we’re not friends’ constantly repeat as if we’re casting a spell on that person, and it got stuck in my head.”

Ryan Jhun, who has produced many popular songs including both theme songs for Mnet’s “Produce 101,” EXO’s “Love Me Right,” SHINee’s “Lucifer,” Red Velvet’s “Dumb Dumb,” and more, participated in b-side track “LP” while Seo Ji Eum wrote the lyrics. Yeri explained, “It’s a song of the urban pop genre. It conveys the romantic feelings of lovers waltzing at the beach as soon as you turn on an old LP. It’s a song I had fun recording.”

“It’d be a lie to say that there’s no pressure in trying new things,” said Joy. “I did worry at first. Pulling off the song feels like homework. It’s the same for this album as well. As much as we have tried various things for styling and singing methods, I’m thinking about how it can be seen as something new.”

Wendy added, “There was a lot of pressure at the beginning of Red Velvet’s promotions. But as we tried new genres, we slowly began to grow, felt proud, and had fun. It’s a bit awkward to say this ourselves, but we want to become ‘Summer Queens.’ I hope it’ll be another success like ‘Red Flavor’ and ‘Power Up.'”

Seulgi concluded, “In the future, we’ll work harder to show you a variety of things and not settle here. Please look forward to those appearances.”