A Beautiful Bromance, Aliens, And More: 4 Reasons To Watch “Guardian”

Causing a great stir in 2018 as one of the most talked about series of the year, “Guardian” loosely bases itself on a famous novel. Set 10,000 years after peace has been made between the Haixing people, Yashou Tribe (aliens with characteristics of animals and plants), and Dixing people (aliens with various supernatural abilities from living underground), the Special Investigation Department, now led by Zhao Yunlan (Bai Yu), handles cases of mysterious deaths or occurrences in Dragon City caused by a few ambitious Dixing people who wish to live on the surface and rule over.

During an investigation, Zhao Yunlan runs into the university professor of bio-engineering Shen Wei (Zhu Yi Long), whose research on genetic mutations and knowledge of supernatural beings turns him into a part-time consultant for the team; however, this man has hidden secrets especially in regards to his past connection with Zhao Yunlan. The strong and large fandom of supporters has proven the popularity of this show. Here are the reasons why “Guardian” is worth the craze.

The new and unfamiliar territory 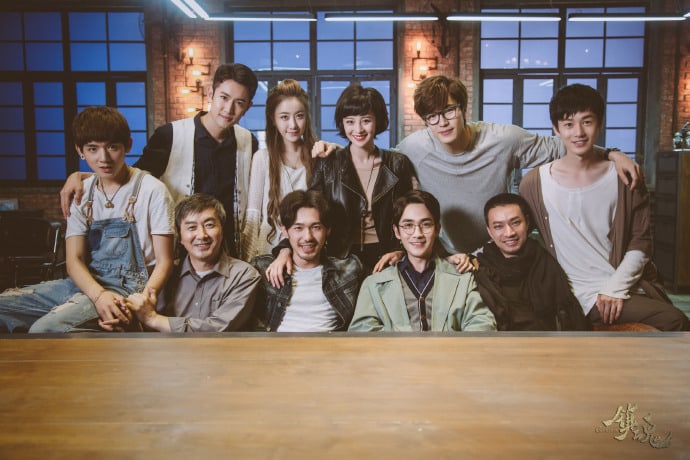 The premise of this drama does not exactly follow the intricate complexities of the novel, but given the restrictions and regulations that had to be followed in order to air, the final product definitely ended with an interesting spin in terms of the mix in genres. Some of the sets used in the drama give off vibes of buildings you might see in a Republican era series.

Furthermore, those who have seen xianxia dramas before might see similar plot structures and elements in this show, and what makes “Guardian” even more unique is the incorporation of some of those familiar aspects in a modern setting. The modern timeline leads into the incorporation of scientific explanations towards the existence of aliens and their powers, which provides an interesting take on grounding its world in reality. These aspects all seem like odd combinations, but it makes the drama feel both old in familiarity and fresh in its approach to a story!

The amazing casting of the two leads

“Guardian” truly lucked out in casting Bai Yu and Zhu Yi Long as they play off each other well, accurately represent their characters, and prove to be the absolute highlight of this drama. It comes as no surprise as these actors took the initiative to read the novel and combined it with the script’s description to build the characters Zhao Yunlan and Shen Wei. This might have been a difficult task to achieve given the vast changes to the plot, but Bai Yu and Zhu Yi Long, along with the crew, put in numerous efforts to portray the general essence of the novel’s characters knowing at the very least that if it could not be a faithful adaptation, the characterizations would be carried out as closely as possible. This kind of environment along with how well Bai Yu and Zhu Yi Long got along and trusted each other’s skills allowed them to comfortably improvise scenes — many of which actually made it in the final cut.

This scene, in particular, was improvised. Bai Yu wanted to play around with Zhu Yi Long and see how he would react.

Outside of the improvisation, Zhu Yi Long does an absolutely stellar job in playing multiple characters. He fluidly changes his aura and mannerisms depending on who he is playing at the moment that it does not take much effort from the viewers to even guess which character is in the scene from just his expressions. Bai Yu also added complexity into his character as the strengths of his character had to be stripped down for broadcast reasons; Bai Yu filled in that importance by showing the layered persona of someone who is carefree but also perceptive and good at leading.

The beautiful and high production quality of OSTs

“Guardian” opens with the theme song “We Won’t Be Falling,” which on its own is a standout track. The drama takes an unconventional route with this song as it is sung in English and frankly a sound that is not normally heard in Chinese drama OSTs, but that’s the charm of this track! It makes it much more memorable especially when accompanied by the gorgeous sounds of an orchestra.

Another outstanding track belongs to “Just Cared Too Much,” which serves as the ending theme. There’s something really appealing about Chinese OSTs because the lyrics usually tailor specifically to the drama and discuss themes or reference aspects of the drama. What’s lovely about this drama’s songs is the melancholic vibes and beautiful lyrics that speak to the emotional and sometimes tragic plot points of the drama. Right down to the instrumentals, these songs contain a lovely mix sounds that bring out the conflicting feelings within the drama. As a bonus, the leads sing a wonderful track together as well, so make sure to check that out as well!

The attention to detail

As stated before, this drama faced various restrictions mainly since the novel deals with a BL romance and incorporates Chinese mythology and other banned elements. To get around this, Zhao Yunlan and Shen Wei have a brotherly friendship instead of a romantic relationship. However, in wanting to keep with the novel’s core identity, the cast and crew drop little hints of their bond. Most of this is done in subtle ways through glances or through small moments such as how they mirror each other sometimes. However, the writing does get bolder by showing the strong reactions these two have when the other party gets injured or when characters from the Special Investigation Department discuss their very close relationship with each other.

Furthermore, despite this being a loose adaptation, there are tidbits of references to the novel made such as the significance of Shen Wei’s necklace, though the meaning in the drama differs from that of the novel. Easter eggs can also be found interspersed throughout the drama if paid close enough attention.

Honestly, “Guardian” does suffer from a simplistic plot, plot holes, weak CG, and continuity errors, but the circumstances of getting this to even broadcast need to be taken into consideration. The show had to rearrange parts of the script, make audio edits, and change the storyline drastically to make it to air. Despite the restrictions, this drama has nice emotional payoffs, provides great humorous scenes, creates an undeniable attachment to the characters of the show and their plights, and produces a moving story filled with intensity and longing that what they do right for the drama overrides what went wrong. 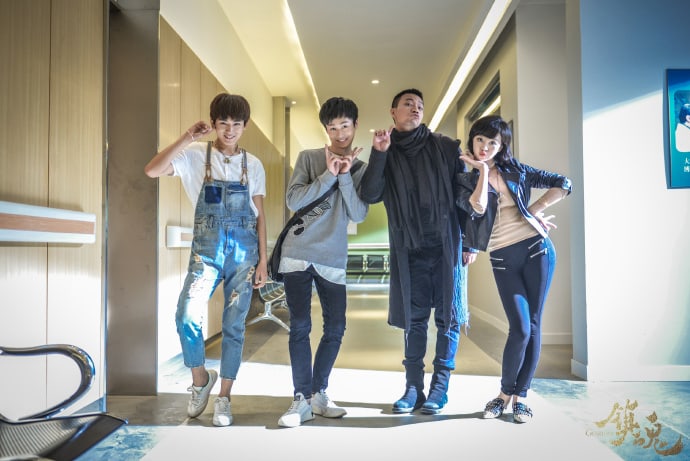 Catch the first episode of “Guardian”:

Currently watching: “Just an Encore” and “Before We Get Married”
Looking forward to: “Pillow Book,” “Love and Destiny,” and “Go Go Squid!“