“Angel’s Last Mission: Love” stars Shin Hye Sun as Lee Yeon Seo, a cynical ballerina who doesn’t believe in love, and L as Dan, the angel who is forced to become her Cupid.

On June 20, the production staff of “Angel’s Last Mission: Love” revealed stills of Shin Hye Sun and L’s characters enjoying each other’s company. In one image, the couple holds hands, and Lee Yeon Seo is unable to hide her nervous excitement as she hides her smile. 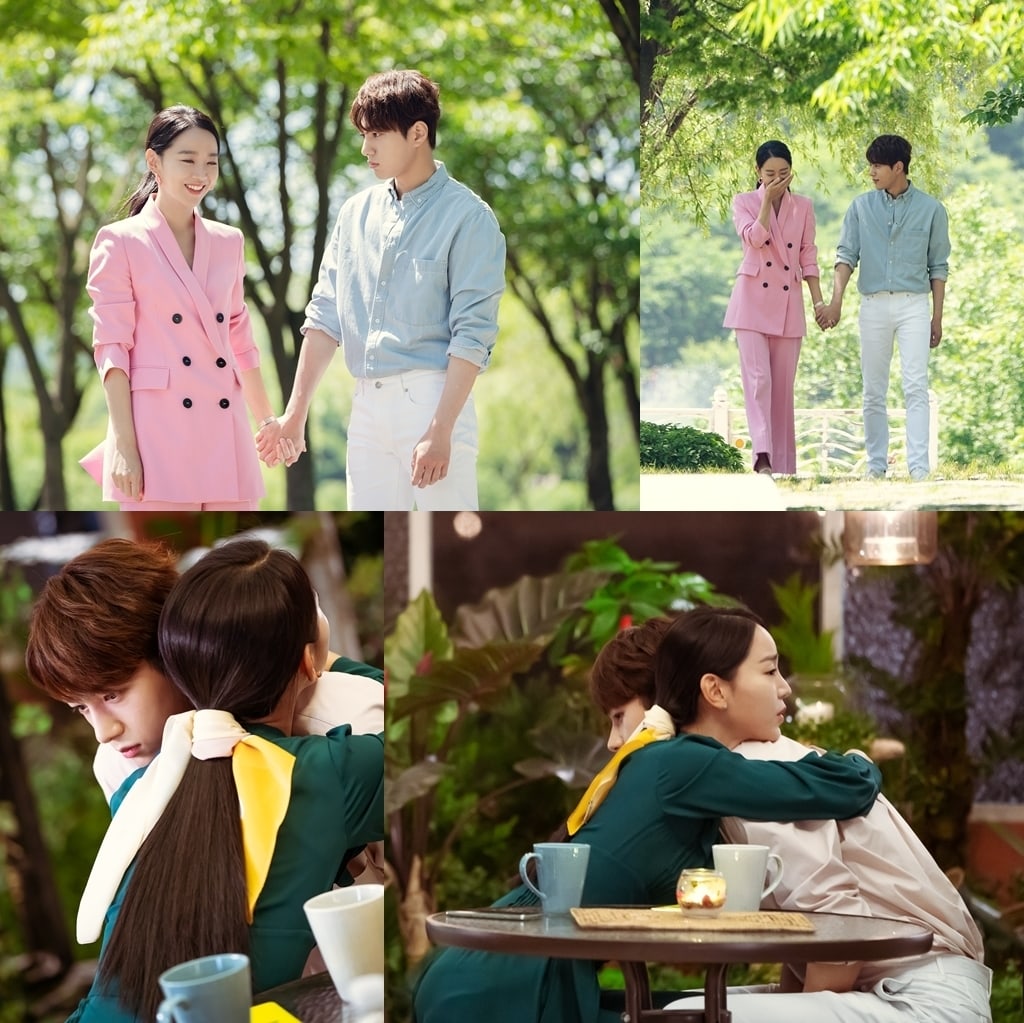 In other photos, Lee Yeon Seo embraces Dan in a warm hug. Her expression and light touches towards Dan are full of affection. Additionally, Lee Yeon Seo’s teary-eyed expression piques viewers’ interest and raises questions about the couple’s conversation.

According to the production staff, the feelings of love between Lee Yeon Seo and Dan, who previously confirmed their feelings for each other with a kiss, will continue to accelerate, but a secret created by Dan is expected to create tension. Although he wants to show his true colors to Lee Yeon Seo and continue loving her, it remains unclear if Dan will be able to convey these feelings to the ballerina.

The next episode of “Angel’s Last Mission: Love” airs on June 20 at 10 p.m. KST. Check out the most recent episode below!