The actors recently hinted that they’d be hanging out with someone while they’re in Korea to promote the third season of “Stranger Things.” EXO’s Suho and Kai then shared a video on Twitter to welcome the pair to the country.

On June 20, the four stars got together on the red carpet of an event for “Stranger Things” season three. 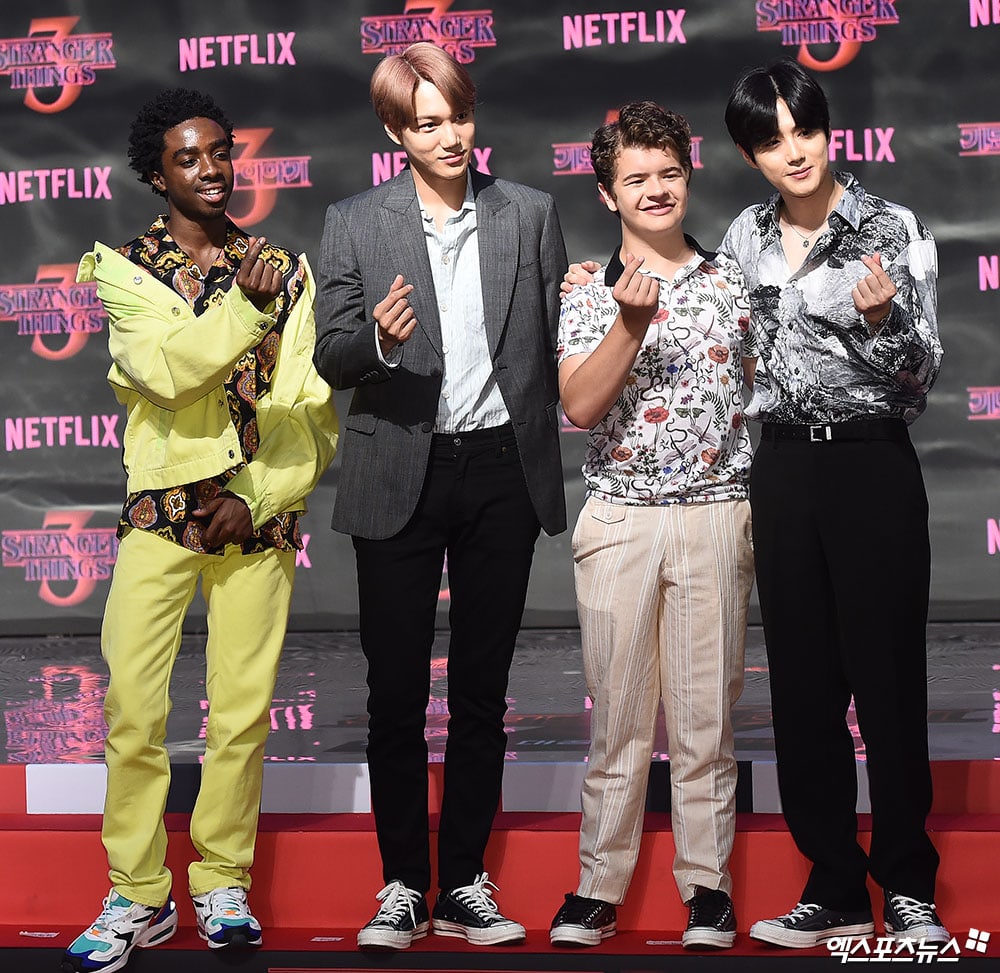 They also visited Gyeongbokgung Palace together! Caleb McLaughlin posted a photo on Instagram from their visit, including the two “Stranger Things” actors in traditional Korean outfits. He wrote, “It’s our first time in Korea!”

The guys also went on V Live while touring the attraction, and you can check out the broadcast below.