KCON USA has announced that ONEUS will not be able to perform at the KCON Rookies show on Friday, August 16 due to unexpected visa issues. They stated that ONEUS and KCON’s teams are working to resolve the visa issue so that the group can perform as scheduled at the KCON 2019 LA “M Countdown” concert on August 17. 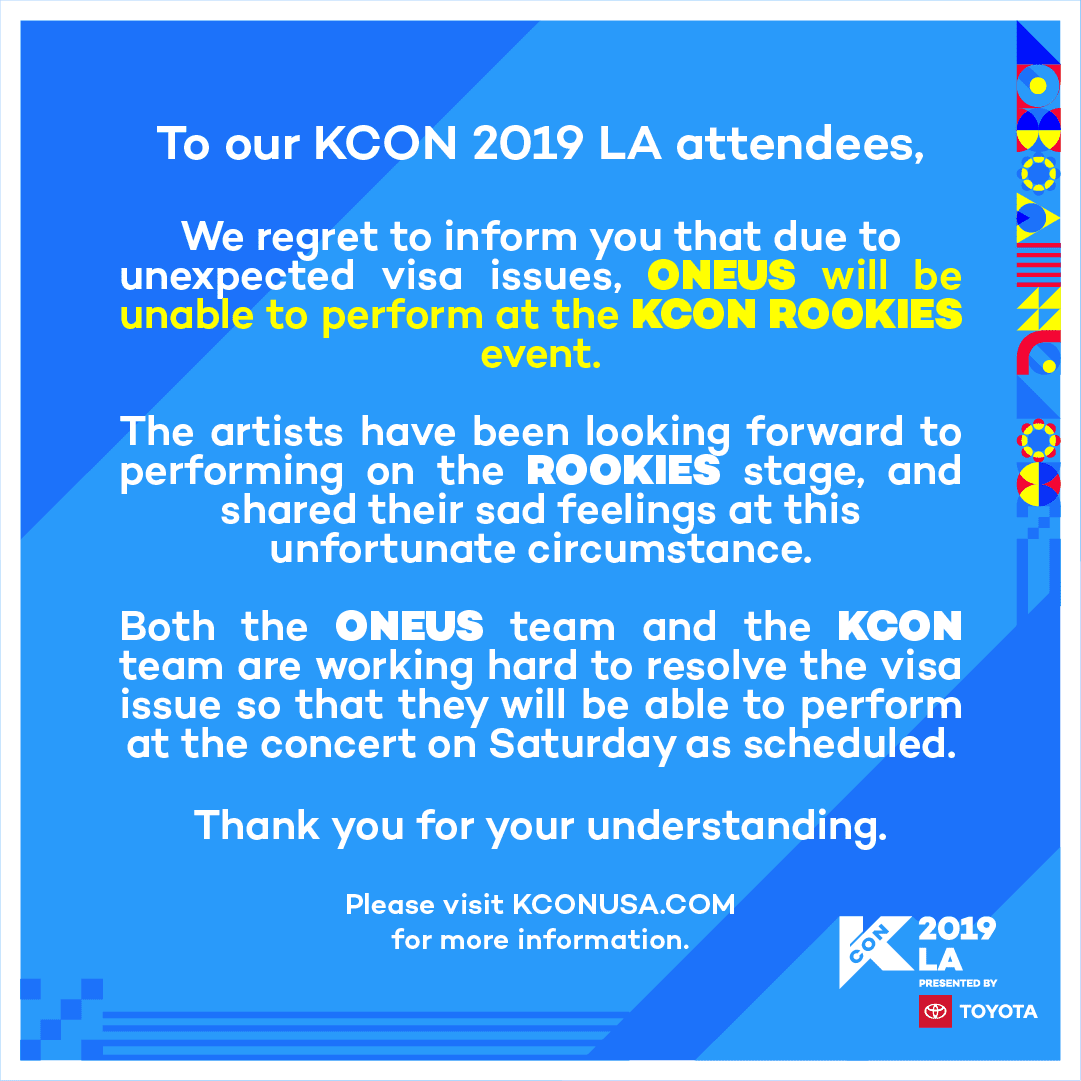 The second lineup has been announced for KCON 2019 in Los Angeles!

NU’EST, AB6IX, EVERGLOW, VERIVERY, and IZ*ONE will also be attending this year’s festival, which runs from August 15 through 18.

The first lineup has been revealed for KCON 2019 Los Angeles!

It has been announced that Stray Kids, MAMAMOO, MOMOLAND, ONEUS, ATEEZ, and Chungha will be taking the stage at the event.