“Extraordinary You” is based on a fantasy school romance webtoon called “July Found by Chance” (literal title), which tells the story of students who realize that they are actually characters in a manhwa (Korean comic) and try to go against its plot. 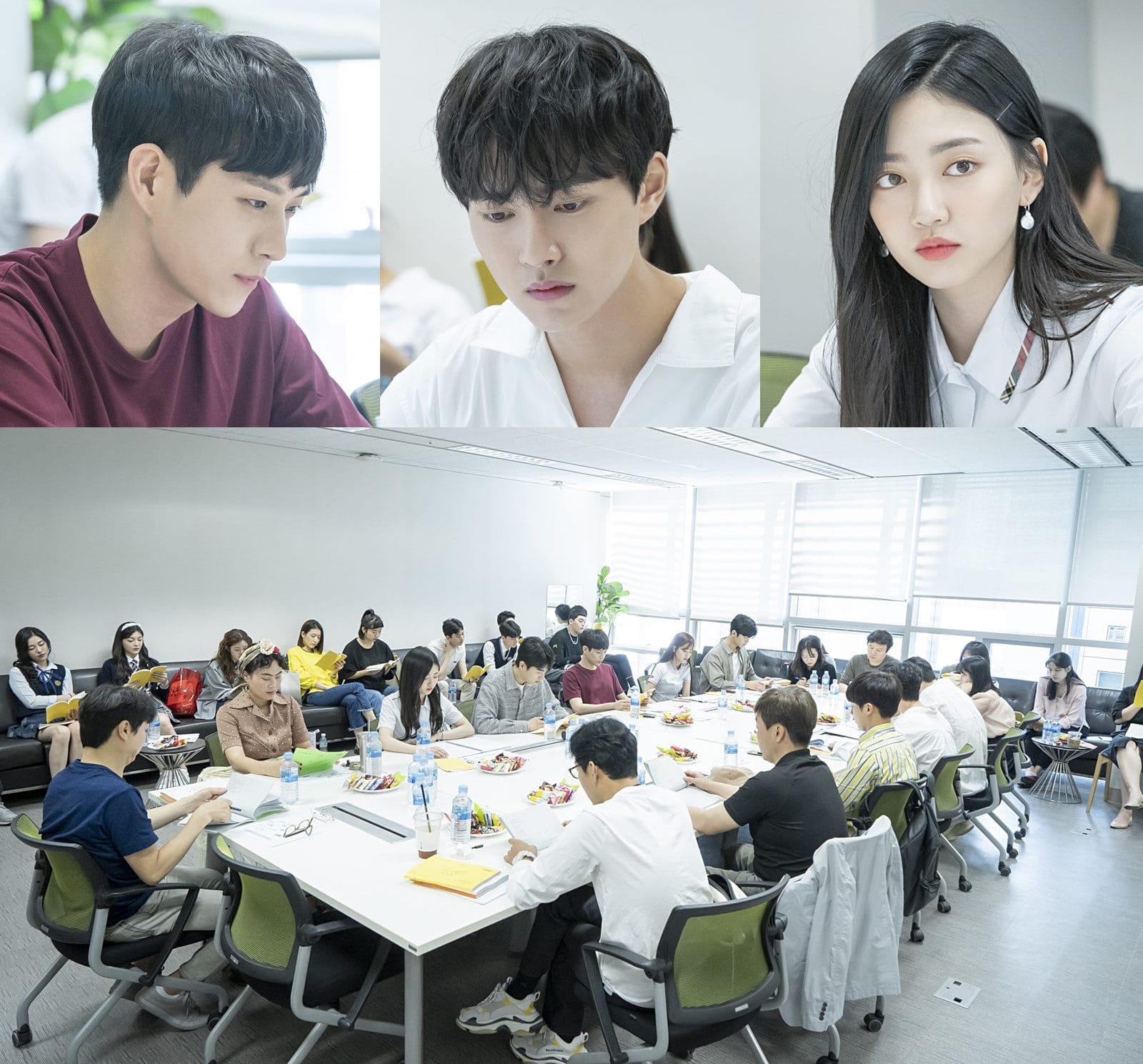 At the beginning of the script reading, director Kim Sang Hyub said, “It’s an honor to be together with such good people. I can especially already feel the energy since we have a lot of young actors. I will work hard so that potential and aptitude can be displayed to everyone’s content. I will do my best so that ‘Extraordinary You’ can be known [as a drama] for finding jewels. Fighting!”

During the script reading, Kim Hye Yoon impressed with her ability to transform into Eun Dan Oh by changing her gaze, speech, and overall atmosphere. Rowoon showed off a mysterious charm matching his character with perfect visuals. Showing contrasting characteristics, Lee Jae Wook flaunted the appeal of his bad boy character.

Naeun displayed the energy of her poor but optimist character Yeo Da Joo. Jung Gun Joo’s character is quite playful while Kim Young Dae portrayed his flower boy role. The mixture of diverse characters and intriguing premise will result in a fun youth story.

“Extraordinary You” will air its first episode in September.

Are you looking forward to the drama?