A remake of the popular U.S. series “Designated Survivor,” this upcoming tvN drama will tell the story of the head of the Ministry of Environment Park Moo Jin (played by Ji Jin Hee) who unexpectedly leads the country for 60 days after a terror attack kills the president and others in the line of succession during the State of the Union Address.

During his interview at the poster shooting, Lee Joon Hyuk revealed, “While preparing for this project, I lost 9 kilograms (approximately 20 pounds) for the role of Oh Young Seok. I could immerse more into the project.”

In the stills, Lee Joon Hyuk allows viewers to instantly see all of Oh Young Seok’s charms. The actor successfully captured his character’s cold facial expression as well as his sharp, intelligent looks for the poster. 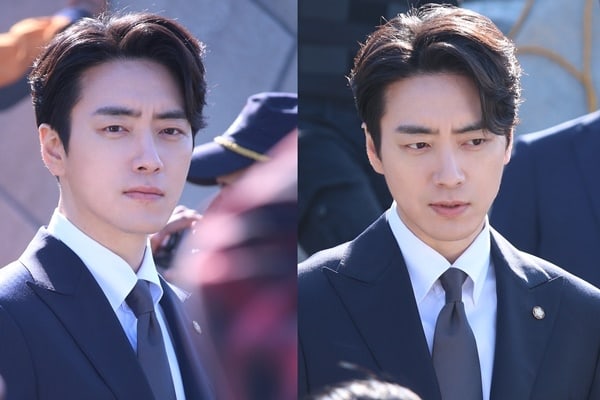 Lee Joon Hyuk
How does this article make you feel?