On the latest episode of “Arthdal Chronicles,” Song Joong Ki made his first appearance as Sa Ya, the long-lost twin of his character Eun Seom. The two brothers were separated during childhood after the death of their father, and Ta Gon (played by Jang Dong Gun) left the young Sa Ya with Tae Al Ha (played by Kim Ok Bin) to be raised in secret as his ward.

On June 22, the fantasy romance drama unveiled a glimpse of Sa Ya’s unexpected first encounter with Tan Ya (played by Kim Ji Won). Although Song Joong Ki and Kim Ji Won have already shown remarkable chemistry as the inseparable Eun Seom and Tan Ya, who grew up together in the Wahan tribe and are the closest of friends, the two actors will share an entirely different dynamic as Sa Ya and Tan Ya, who have never met before in their lives.

In the newly released photos, the captive Tan Ya stumbles upon Sa Ya when she happens to enter his room. Shocked by how closely he resembles Eun Seom, Tan Ya is unable to conceal her amazement as she stares at him, and San Ya, who is surprised by her reaction to seeing him, rushes to hide. 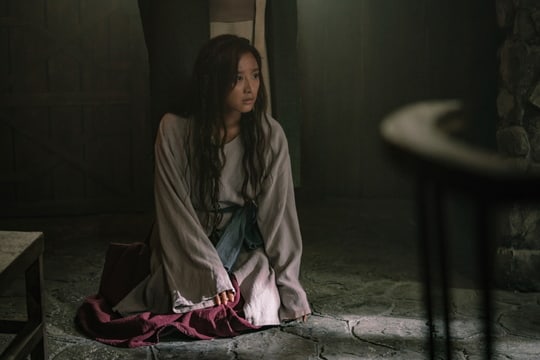 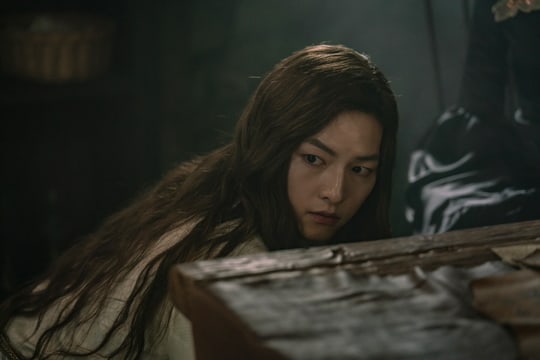 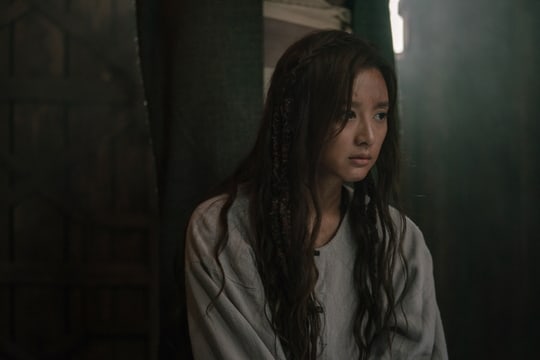 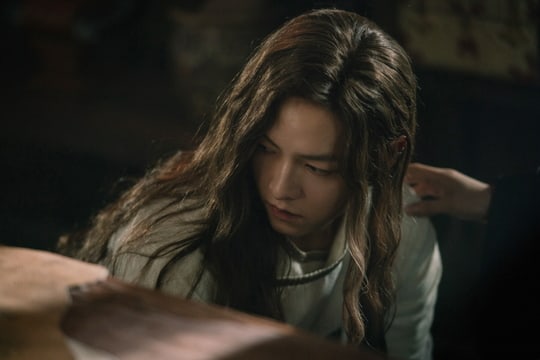 The producers of “Arthdal Chronicles” remarked, “There will be an intangible tension in the scene where Tan Ya and Sa Ya, who is a new character for Part 2, officially meet for the first time.”

They went on to tease, “What will happen after Sa Ya, who longs to escape his tower, and Tan Ya, who yearns for revenge against Arthdal, meet for the first time? To find out what their eventful destiny holds, tune in to the June 22 episode [of the drama].”

The next episode of “Arthdal Chronicles” will air on June 22 at 9 p.m. KST.

Are you excited to see a new type of chemistry between Song Joong Ki and Kim Ji Won? Leave your thoughts below!