The June 21 episode of MBC’s “I Live Alone” followed actor Namgoong Min as he worked on his singing as a special gift to fans.

Namgoong surprised viewers by going to vocal lessons during his latest appearance on the show, and he revealed that one of the reasons he was there was to, “Research various different vocal tones and try them out.”

He looked serious as he wrote out a notebook with what he was learning. His vocal coach praised him for his latest role in the KBS drama “Doctor Prisoner” as he said, “Your delivery has gotten better.” Namgoong Min revealed how he changes his vocalization based on the character he’s playing as he explained, “When I’m playing a character with a brighter personality, I will let my voice carry louder. When I was on ‘Doctor Prisoner,’ I kept my voice very contained and at a lower volume.” 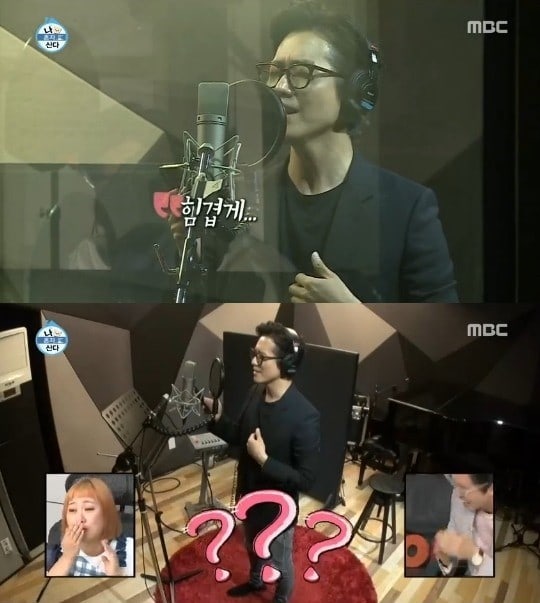 During his lesson, Namgoong Min also revealed that he was working on his singing for his upcoming fan meeting in July. He said, “My fans know that I’m not good at singing, but they still appreciate the effort I put in.” He decided to go for Paul Kim’s “Me After You,” a song his vocal coach recommended.

Namgoong Min feigned confidence as he said he could sing the song in the original key, but once the music started playing, he couldn’t hide his nerves. After the song was over, the actor had a bright expression on his face as he said, “I think I’ve gotten better, right?” but after hearing the recording, he immediately apologized and took back his comment.

Check out the actor’s singing skills below!

Catch up with the latest episode of “I Live Alone” below!

Namgoong Min
Home Alone
How does this article make you feel?