On the June 22 episode, Kyuhyun joined the cast for the show’s segment where they have to correctly guess lyrics to a certain part of a song.

When it was revealed that the song was TVXQ’s “Keep Your Head Down,” Kyuhyun said, “Changmin called me right before filming. He asked me what I was doing. When I told him I was going to film ‘Amazing Saturday,’ he said, ‘Isn’t that the show where you guess song [lyrics]?”

He continued with a laugh, “I’m in trouble. If I don’t get it right, I’m going to be in trouble.”

MC Boom also added some pressure on “I Live Alone” cast member Park Na Rae by saying that this was the song Yunho passionately danced to in his living room during his appearance on the reality show.

After listening to the song, everyone tried their best to recall the lyrics to Yunho’s rap. Kyuhyun remained focused at the task at hand and constantly rapped the lyrics he had written down to the point where others poked fun at him.

Kyuhyun said, “It doesn’t matter if [the reward] is eel or beef. I don’t need them. I have to get this right.” 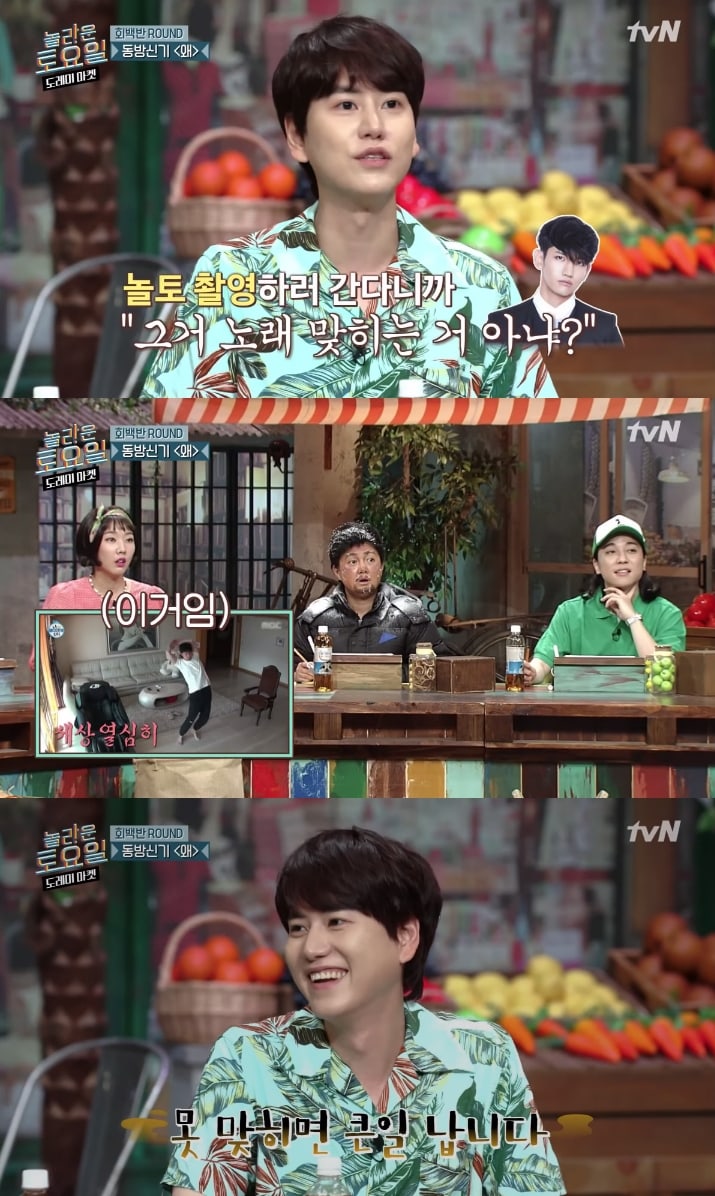