Watch: Chungha Throws A Surprise Birthday Party For Her Manager

Chungha gave her manager an unforgettable birthday celebration on MBC’s “The Manager.”

On the June 22 episode, Chungha finished performing at a college festival. She said to the audience, “To be honest, I’m currently filming ‘The Manager.’ If I may, my manager’s birthday is tomorrow. Could you sing her ‘Happy Birthday?'”

The entire time Chungha was speaking to the audience, her manager had been busy talking to the dance team offstage and hadn’t heard anything Chungha had said until now. When the singer asked her to come onstage, the manager walked up in total confusion. Chungha said, “Her name is Ryu Jin Ah so please say Jin Ah unnie while singing ‘Happy Birthday.'” 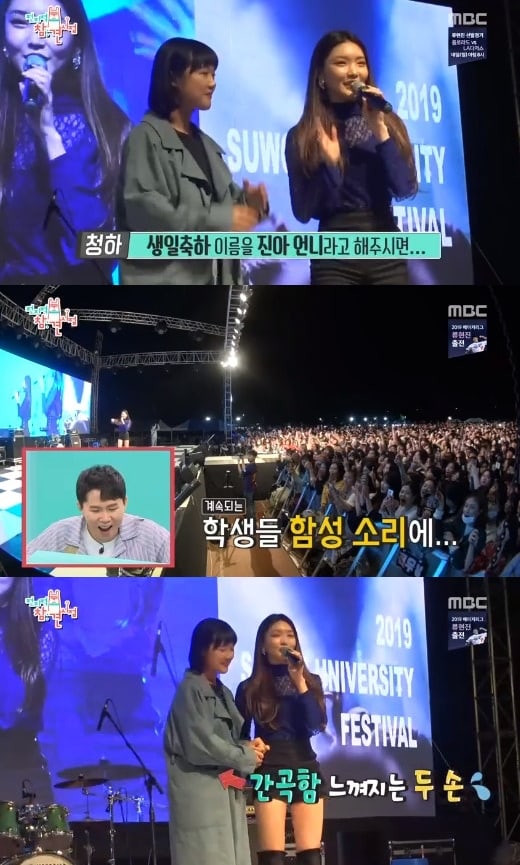 After the song, Chungha stopped her from trying to walk offstage and said, “She can dance a bit to ‘Gotta Go.'” Chungha and her manager previously danced to “Gotta Go” for her first win promise on “Music Bank.” At the college festival, her manager was startled but showed off her moves when the music came on. The singer and manager danced together and received cheers from the audience.

In her interview, Chungha’s manager said, “I was so surprised. I went on stage out of confusion. It’s the first time in my life where I received birthday congratulations from so many people. I thought that I should definitely repay them and worked really hard to dance well.” 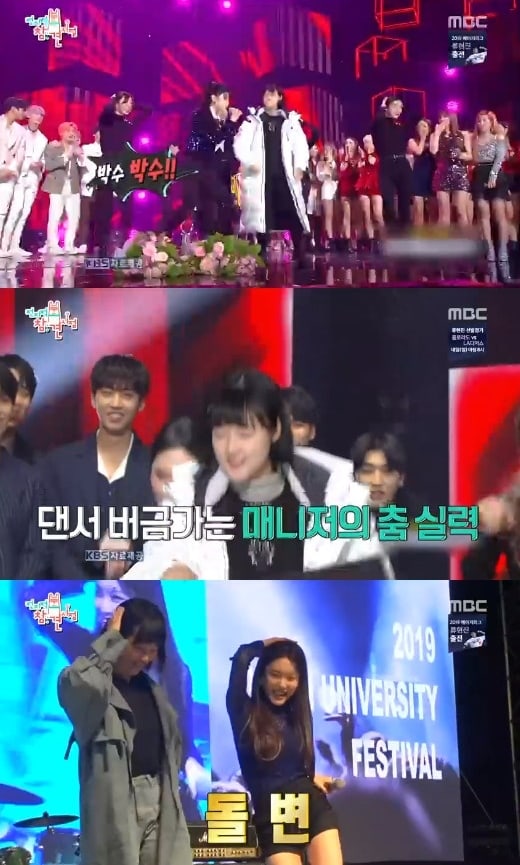 Everyone smiled when Chungha walked in wearing a birthday hat and holding a birthday cake. They sang “Happy Birthday” and the manager became emotional thanks to Chungha’s touching letter and gift. Chungha gave her crying manager a hug and her manager thanked her. 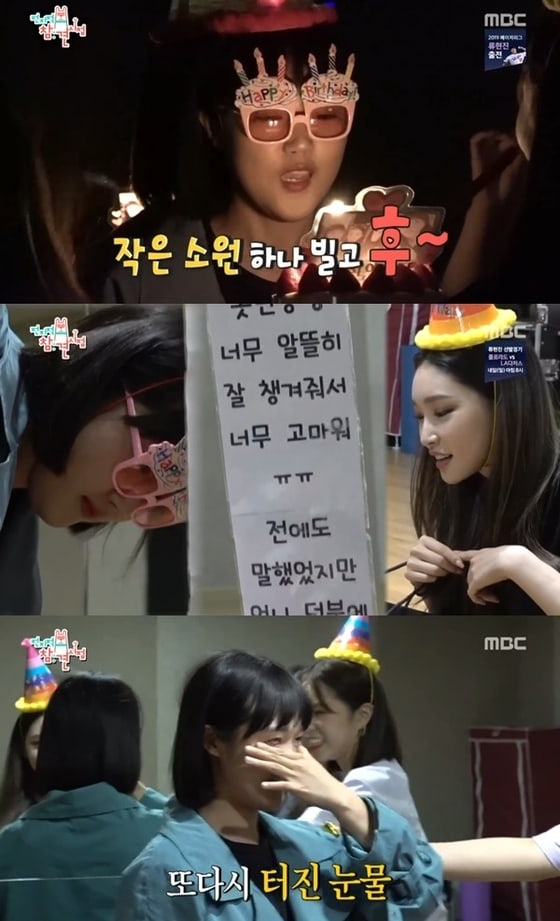 Check out the cute onstage surprise below!

Chungha
The Manager
How does this article make you feel?