In the drama, ballerina Lee Yeon Seo (played by Shin Hye Sun) and angel Dan (played by L) tell a love story about comfort and healing. Their romance has mesmerized viewers and tugs at their fantasies and emotions.

The biggest link between their past and present is rain. It has always rained during fateful moments between these two characters. Continue reading to find out about the important role rain has played in tying Lee Yeon Seo and Dan together.

Lee Yeon Seo and Dan both have hidden pasts, and they had a special first meeting that happened when they were both children. Lee Yeon Seo was lured outside due to the rain that sounded like music and was able to save Dan, who looked as if he was about to fall into the ocean. Their fate began on this rainy day.

The death of young Dan and his father’s abuse are also linked to rain. Dan’s dad beat him on days when it rained. The young boy finally ran away from his dad’s abuse and died after falling off a cliff. It also rained on the day of Dan’s unfortunate death. 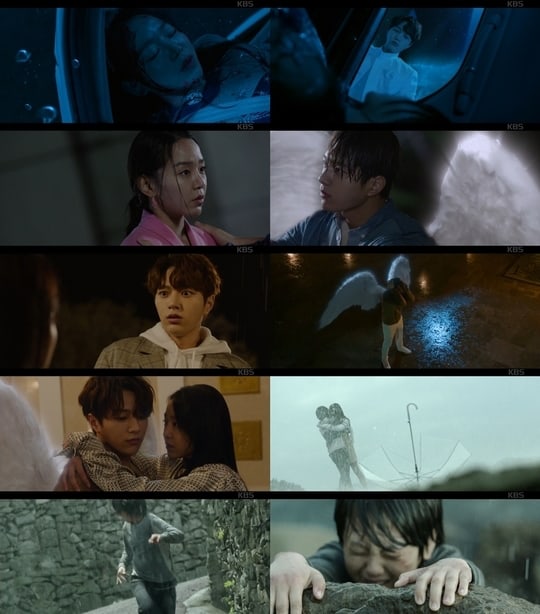 Dan’s wings that sprout when it rains

Dan became an angel after he died. While carrying out his mission on Earth, he meddled in Lee Yeon Seo’s life. He transformed into a human’s body to find the love of her life, but his secret was that wings sprouted from his body when rain touched him. Viewers speculated that this happened because rain is his link to Lee Yeon Seo.

At the end of episode 10, rain played an integral part in saving Lee Yeon Seo’s life. Thanks to the rain, Dan’s wings appeared and he was able to fly quickly to save her. During this process, his wings and appearance as an angel were revealed to Lee Yeon Seo.

Rain has always appeared in Lee Yeon Seo and Dan’s relationship and has strengthened their bond. Why does rain connect them together? Find out when “Angel’s Last Mission: Love” airs on Wednesdays and Thursdays at 10 p.m. KST.