Ahn Hyo Seop has been showcasing his infinite charms on “Abyss”!

In the tvN drama, he plays Cha Min, a wealthy heir and Go Se Yeon’s (Park Bo Young) childhood friend who is in love with her.

His agency Starhaus Entertainment pointed out three reasons viewers have fallen in love with him. Check them out below:

In the drama, Ahn Hyo Seop’s character Cha Min is a character who has been reincarnated with the perfect visuals. He is a director of Lan Cosmetics, a conscientious man who practices noblesse oblige, and Go Se Yeon’s admirer who has suffered from unrequited love for 30 years.

Rather than becoming flustered by his changed appearance, Cha Min was fascinated by his good looks and even had the gall to tell Go Se Yeon, “I think I’m more dangerous than you.” Ahn Hyo Seop portrayed the innocent yet witty Cha Min in the perfect way that makes viewers fall for him.

Ahn Hyo Seop was able to convey Cha Min’s emotions perfectly through his eyes. He would often show affection for Go Se Yeon through a warm, sweet look in his eyes. He also displayed rational thinking with her to solve their murder case and sometimes displayed a cold aura with a sharp gaze. When Go Se Yeon was kidnapped by Seo Ji Wook (played by Kwon Soo Hyun) or murderers were saved in accordance with the rules of Abyss, Cha Min lost that rationality and showed extreme anger through his fiery eyes.

As such, Ahn Hyo Seop is becoming a new “eye expert” through a variety of “eye-acting” performances, ranging from expressing feelings of falling in love with Go Se Yeon on a daily basis and anger at the misdeeds surrounding them.

3. From romance to bromance

With his unique warmth and affection, Ahn Hyo Seop has enhanced his immersion in the drama with his chemistry with many of the actors in the show. Notably, the chemistry between Ahn Hyo Seop and Park Bo Young is being warmly-received by viewers. His sweet proposal of “I will make you happy even with my life and my everything on the line. No matter what happens, I’ll protect you” made hearts flutter and proved he was delicate as well as affectionate. 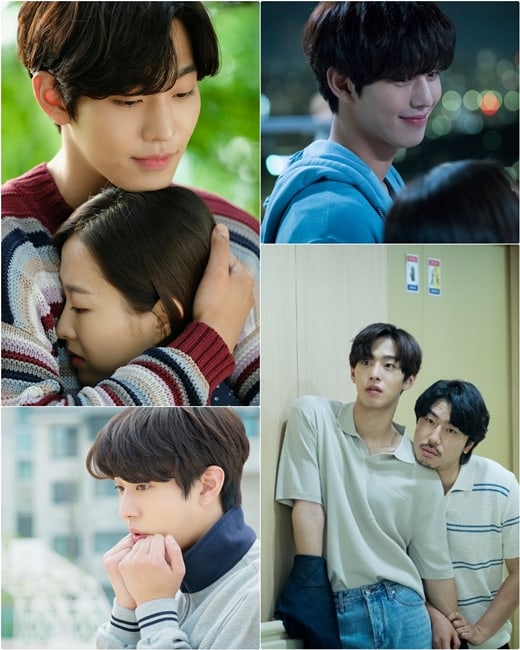