On the latest episode of MBC’s “The King of Mask Singer,” the identity of contestant Coffee and Donut was revealed!

During the June 23 episode, several masked singers battled it out to challenge the current king, Nightingale, who won his second consecutive victory with the greatest number of votes.

Contestants Cupcake and Coffee and Donut performed a duet of Whitney Houston’s “Greatest Love of All,” mesmerizing the viewers with their captivating voices. Yoo Young Seok praised Coffee and Donut, saying, “[Her voice is] elegant and rich. I don’t know how to describe it.” WINNER’s Kang Seung Yoon emphasized that she seems to be an older person and that she isn’t an idol.

Unfortunately, Cupcake moved onto the next round with 51 votes to Coffee and Donut’s 48 votes. While singing Lena Park’s “Sweet,” she revealed herself to be DreamCatcher’s Siyeon! The panelists were shocked by the unexpected turn of events since they hadn’t predicted either of the contestants to be idols.

Siyeon shared, “The reason I came out here was because I wanted to be seen without prejudice. Thank you for seeing me in a positive light.” 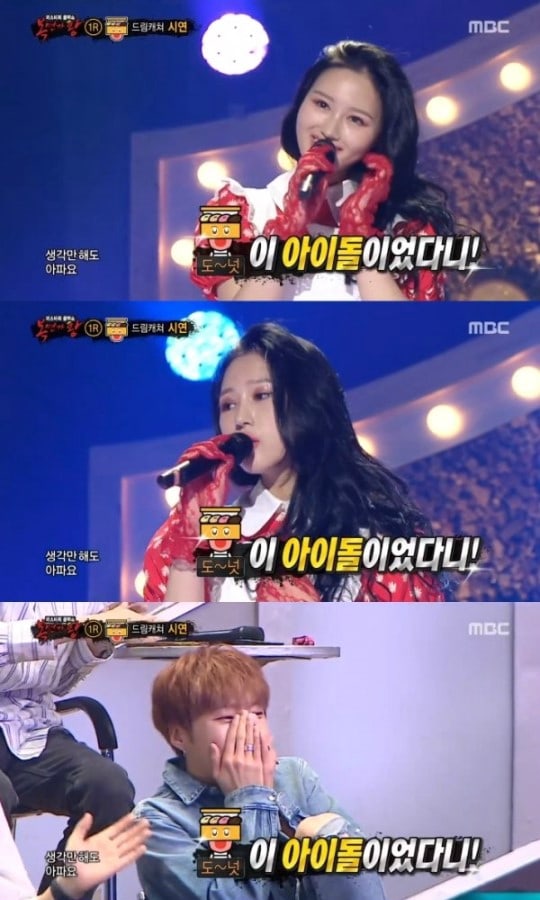 Following the broadcast, Siyeon posted a video and photos of herself on Twitter. She said, “InSomnia [fandom name], it’s Coffee and Donut. If you knew it was me, post it on the fan cafe! I’m curious! I don’t think anyone knew though. ‘The King of Mask Singer’ was a truly fun and happy experience. I will become a singer you can be proud of.”

Check out her reveal below!

Watch the latest episode of “The King of Mask Singer” here:

Dreamcatcher
Siyeon
The King of Mask Singer
How does this article make you feel?