On the June 23 episode of SBS’s “Master in the House,” the cast members Lee Seung Gi, Lee Sang Yoon, Yang Se Hyung, and BTOB’s Yook Sungjae met up with John Linton, a doctor and director of the International Health Care Center at Severance Hospital.

John Linton started off by showing everyone his seamless wood-splitting skills, which the cast was stunned at. They applauded him saying that he is the best in the world, with Yook Sungjae comparing him to a polar bear. 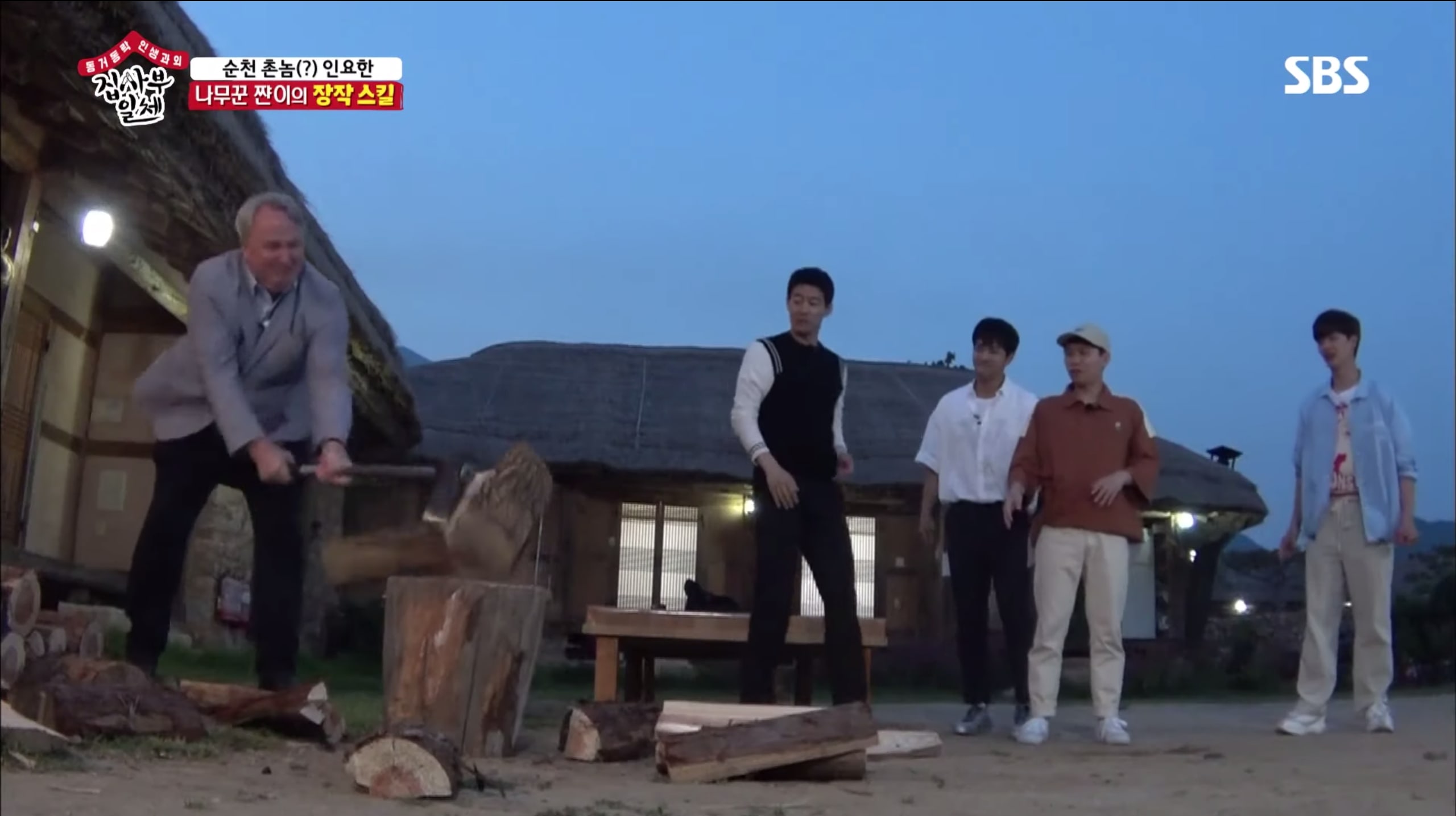 Yook Sungjae subtly suggested to Lee Seung Gi, “You have to try that out too.” Lee Seung Gi jokingly responded, “I’m just worried something huge might happen.”

Yang Se Hyung casually decided to try it out, with Lee Sang Yoon suggesting, “Let’s all just try it once.” Lee Seung Gi pleaded for a thin one, but Yang Se Hyung presented him a nice thick piece of wood.

They joked that John Linton moved himself far away from them on purpose, so Yang Se Hyung asked, “Be honest. What do you think the chances are that Lee Seung Gi splits the wood with one try?” John Linton responded, “Half-half.”

Confidently, Lee Seung Gi asked, “What do I get if I split it in one try?” Yang Se Hyung suggested a wish and asked for one in return if he is unsuccessful. 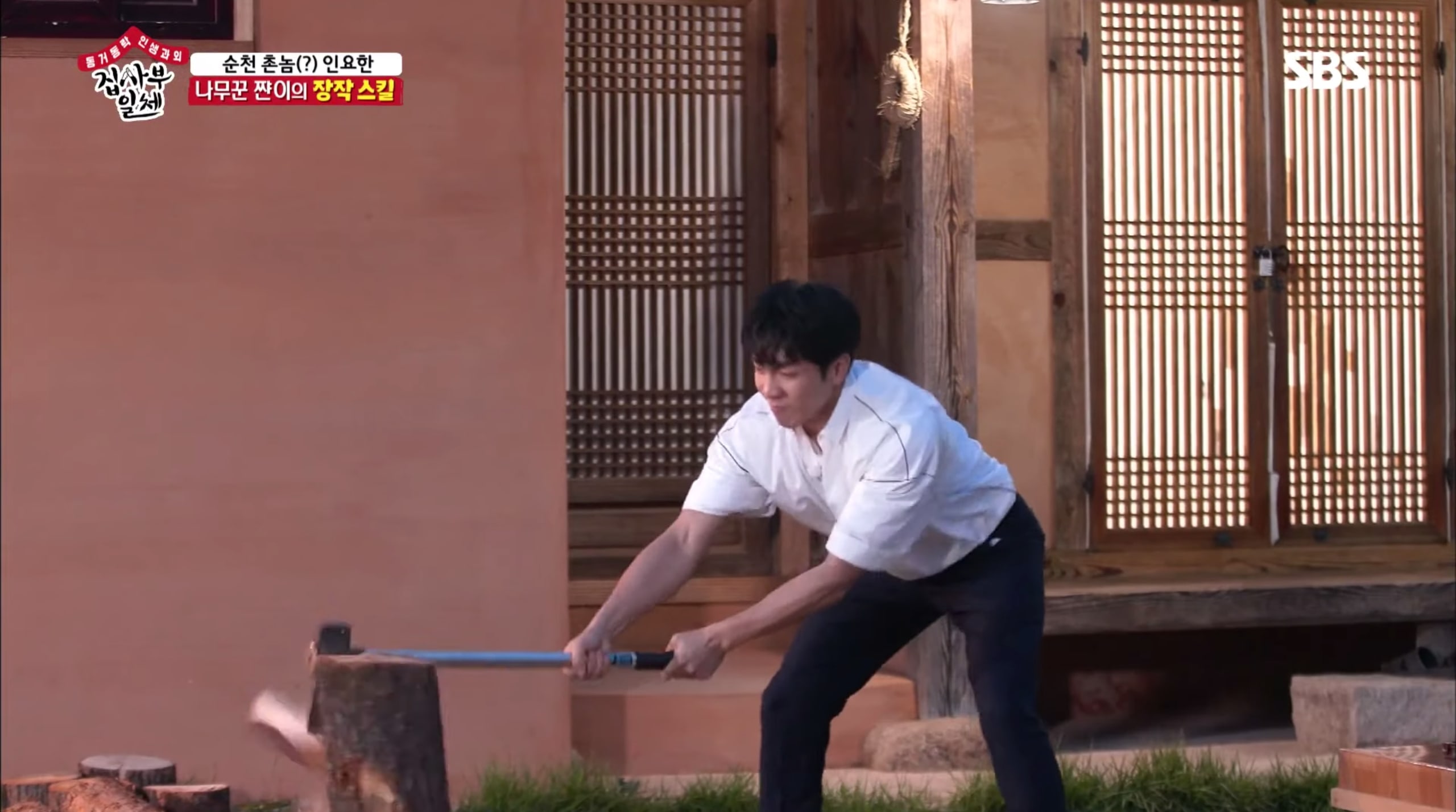 To everyone’s surprise, Lee Seung Gi easily split the wood entirely in half. Yang Se Hyung quickly changed the rules of their bet to try for himself. Lee Seung Gi gifted him an even thicker piece of wood, which he cracked but had to split with his hands. 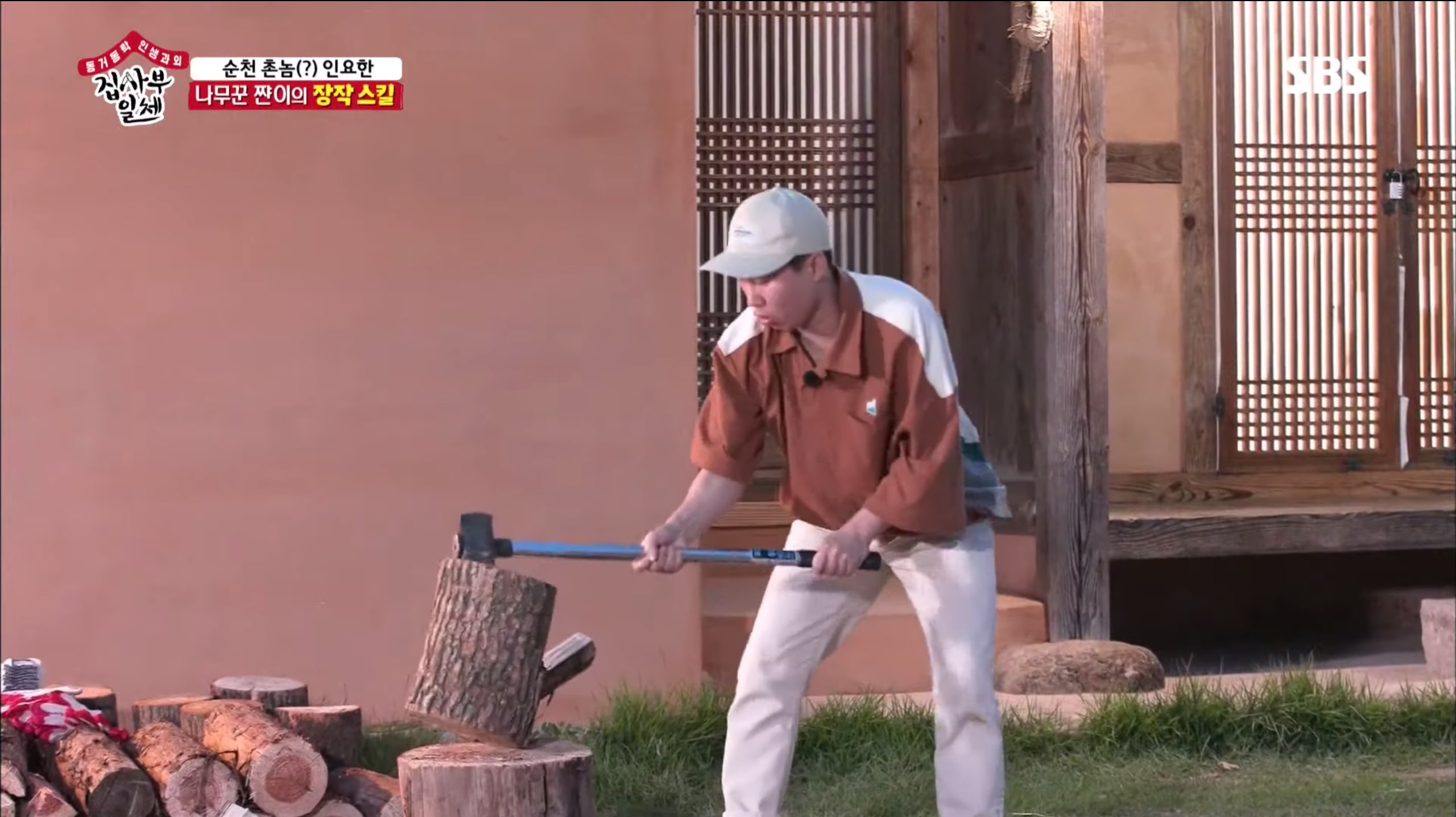 The two continued their competition, now cutting the thicker half that the person before had just split. Despite how thin the wood was, Lee Seung Gi managed to perfectly chop the wood in half, deeming him their winner. 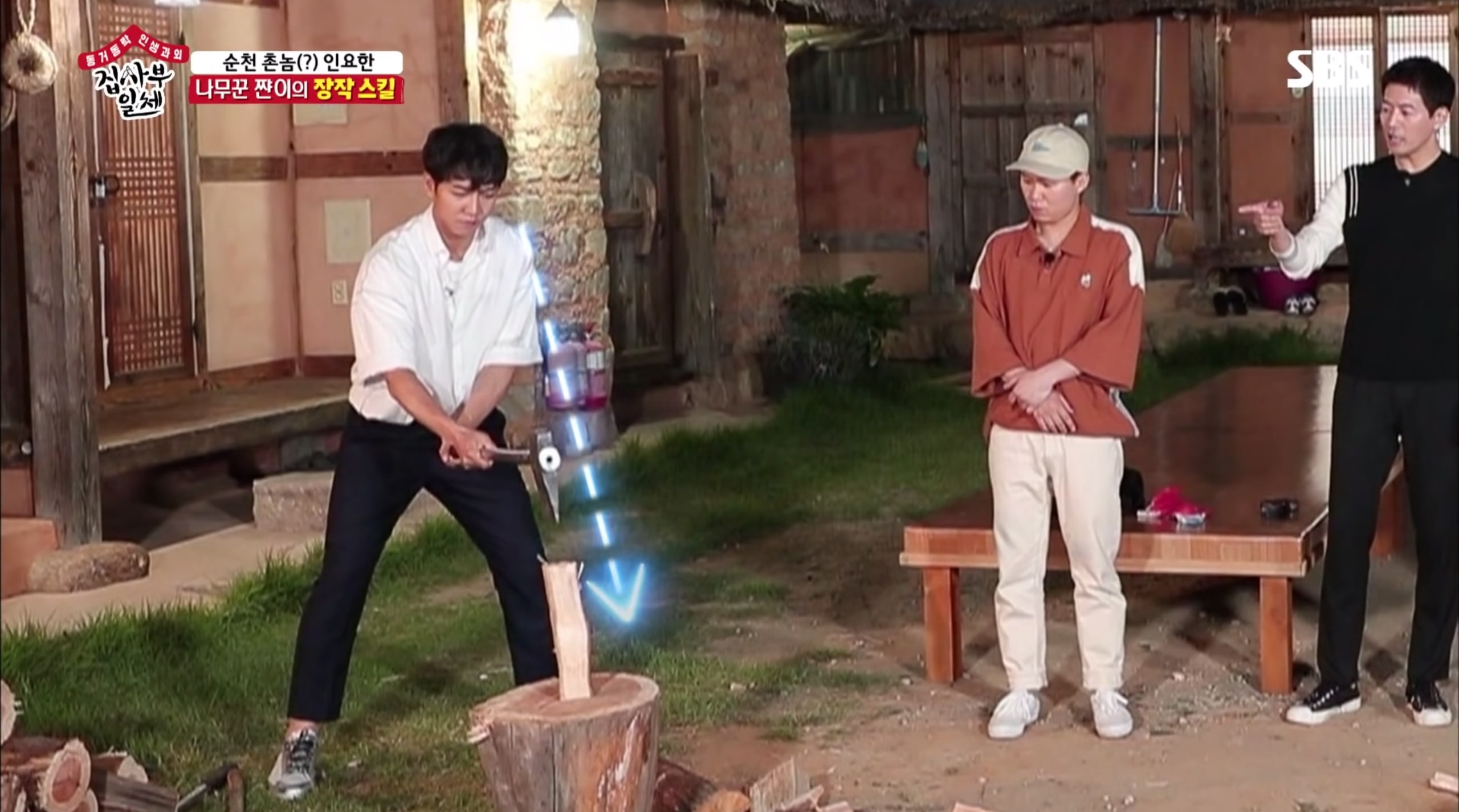 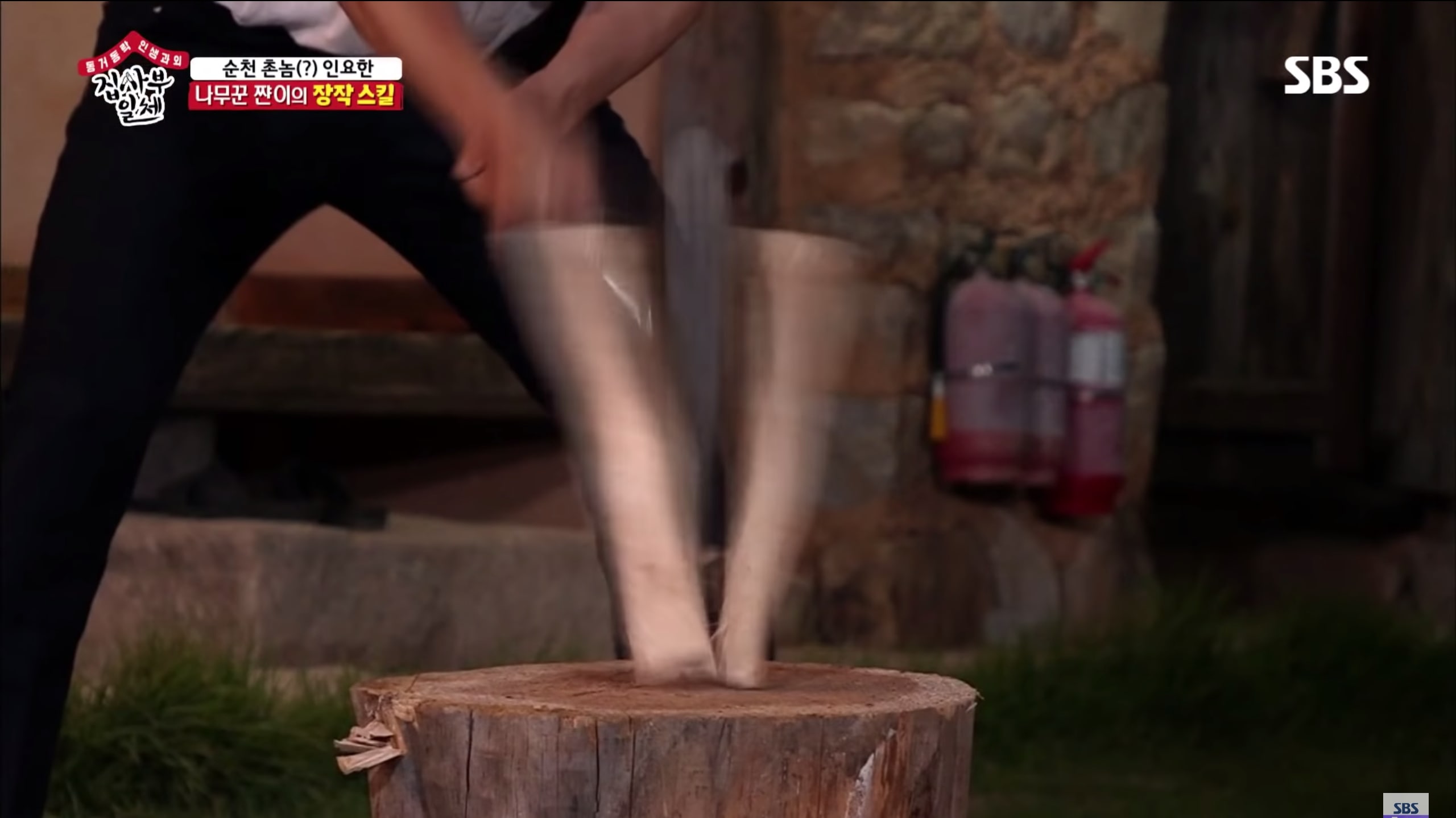 Watch their wood-splitting contest below!