On the latest episode of “My Ugly Duckling,” Kim Jong Min jokingly accused his friend Kim Jong Kook of being romantically involved with Jun So Min!

During the June 23 broadcast of the SBS reality show, Kim Jong Min and Kim Jong Kook shared a meal together with married couple HaHa and Byul. At one point during dinner, HaHa asked the two bachelors if they’d be interested in dating a fellow celebrity. While Kim Jong Kook said he wasn’t crazy about the idea, Kim Jong Min replied enthusiastically, “I’d love to.”

The other stars asked Kim Jong Min if there were any celebrities he had his eye on, but quickly yelled at him for being unrealistic when he replied, “I think [Red Velvet’s] Irene is pretty.” HaHa said, “Are you crazy? You clearly haven’t woken up yet!” Kim Jong Min added, “And also TWICE!”

Kim Jong Kook then suggested, “What about Jun So Min?” Kim Jong Min responded with interest, saying, “Jun So Min’s great. Wouldn’t we have to meet to find out [if we’d work out as a couple]?”

Kim Jong Kook went on to surprise Kim Jong Min by taking out his phone and unexpectedly calling his “Running Man” co-star on the spot. The visibly flustered Kim Jong Min asked, “Are you really going to call her like this all of a sudden?” 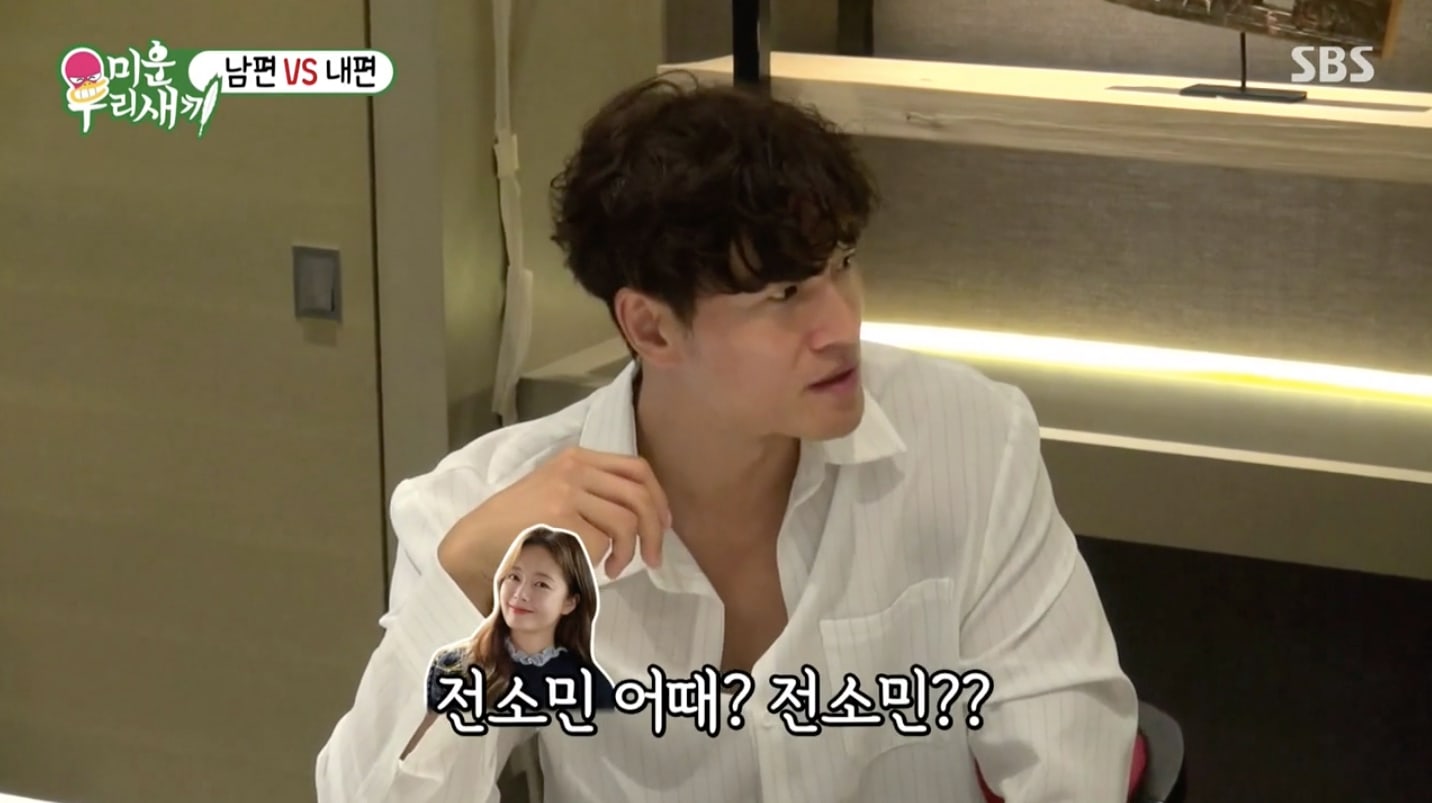 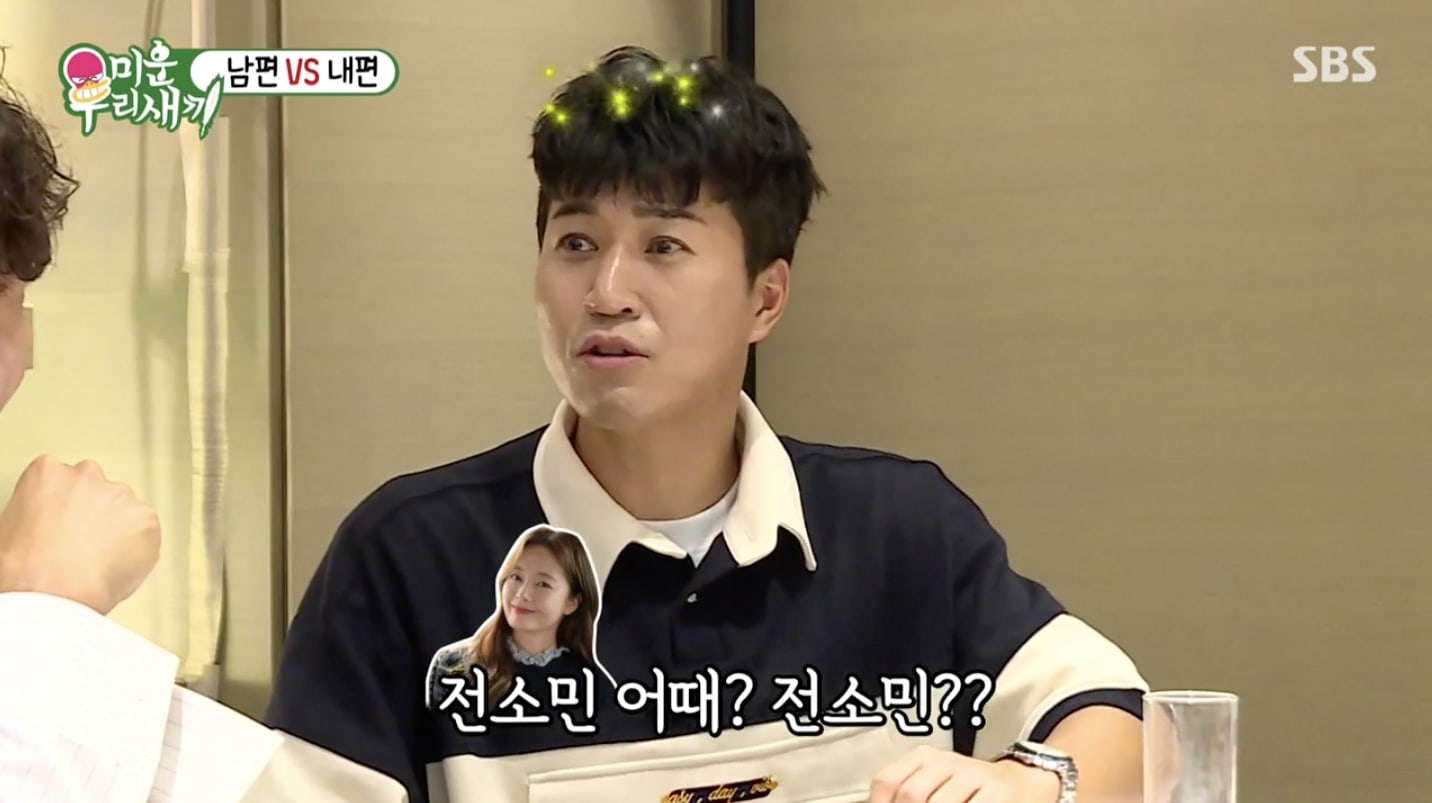 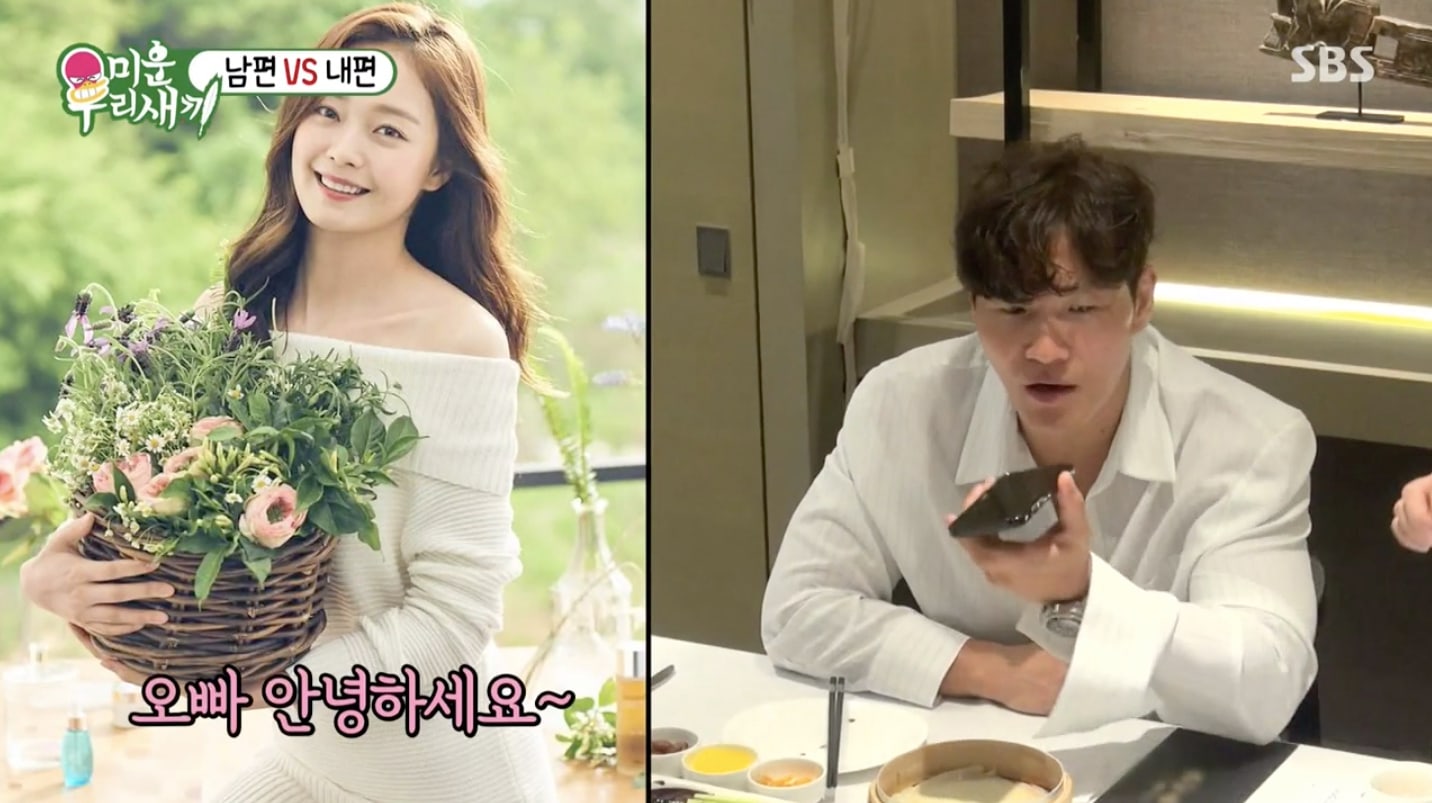 HaHa then tried to lay the groundwork for a set-up by asking Jun So Min, “Aren’t you lonely these days? What kind of guys do you like?” When Jun So Min replied, “I like caring, fun, loyal guys,” HaHa said, “There’s a guy like that next to me right now. Why don’t you try talking to him briefly over the phone right now? He’s interested in getting married, and he’s willing to date a celebrity.”

Kim Jong Min proceeded to introduce himself and suggest that they all get together for a meal sometime, to which Jun So Min shyly agreed.

However, things quickly took an unexpected turn when, right before hanging up, Jun So Min suddenly asked Kim Jong Kook, “What are you up to today? I’ll give you a call later.” A surprised Kim Jong Min turned to Kim Jong Kook and complained, “What is this? There’s something strange about these two!”

He continued with a laugh, “You said you were setting me up, but there’s something strange between you two!” Turning to HaHa and Byul, he pointed out suspiciously, “She said she’d call [Kim Jong Kook] later!” 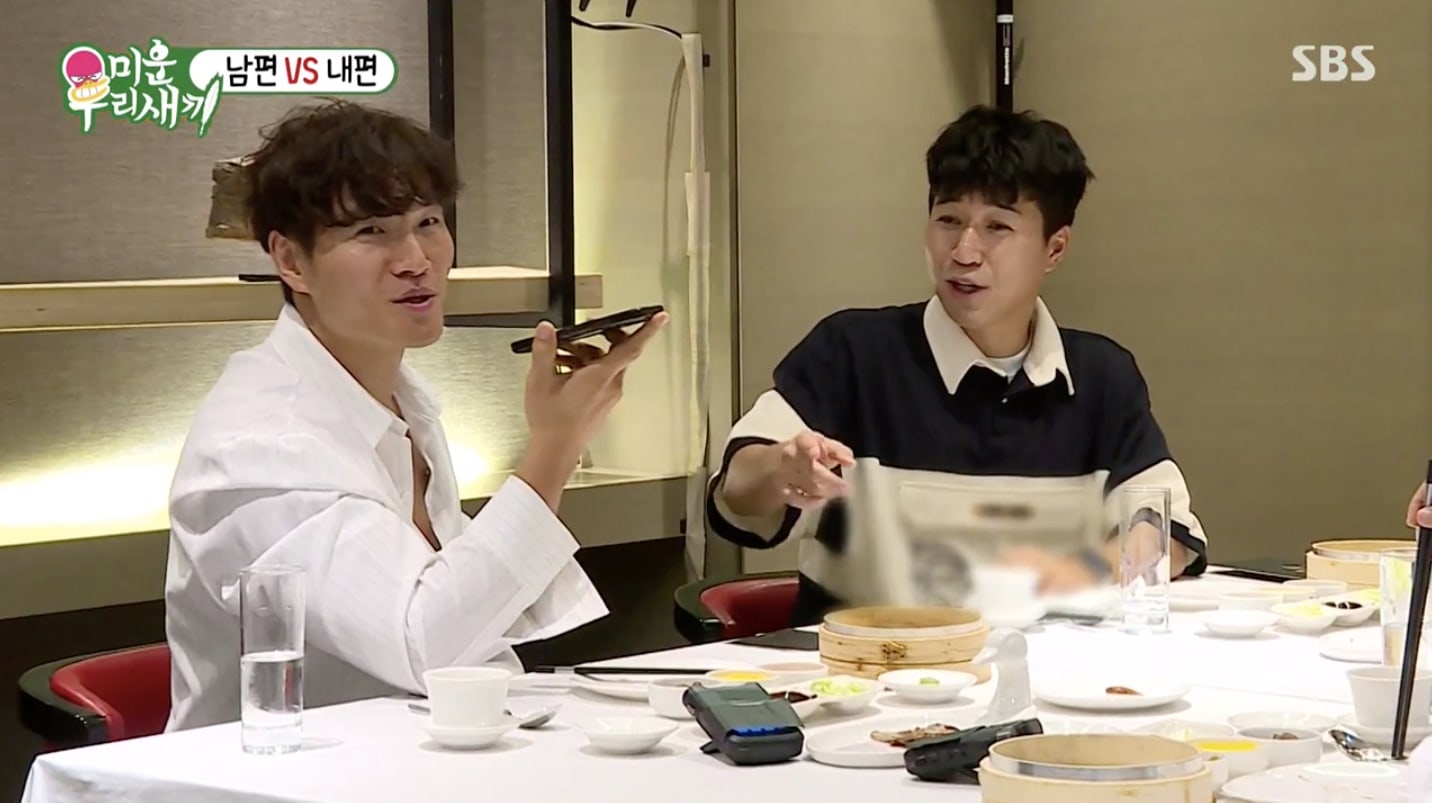 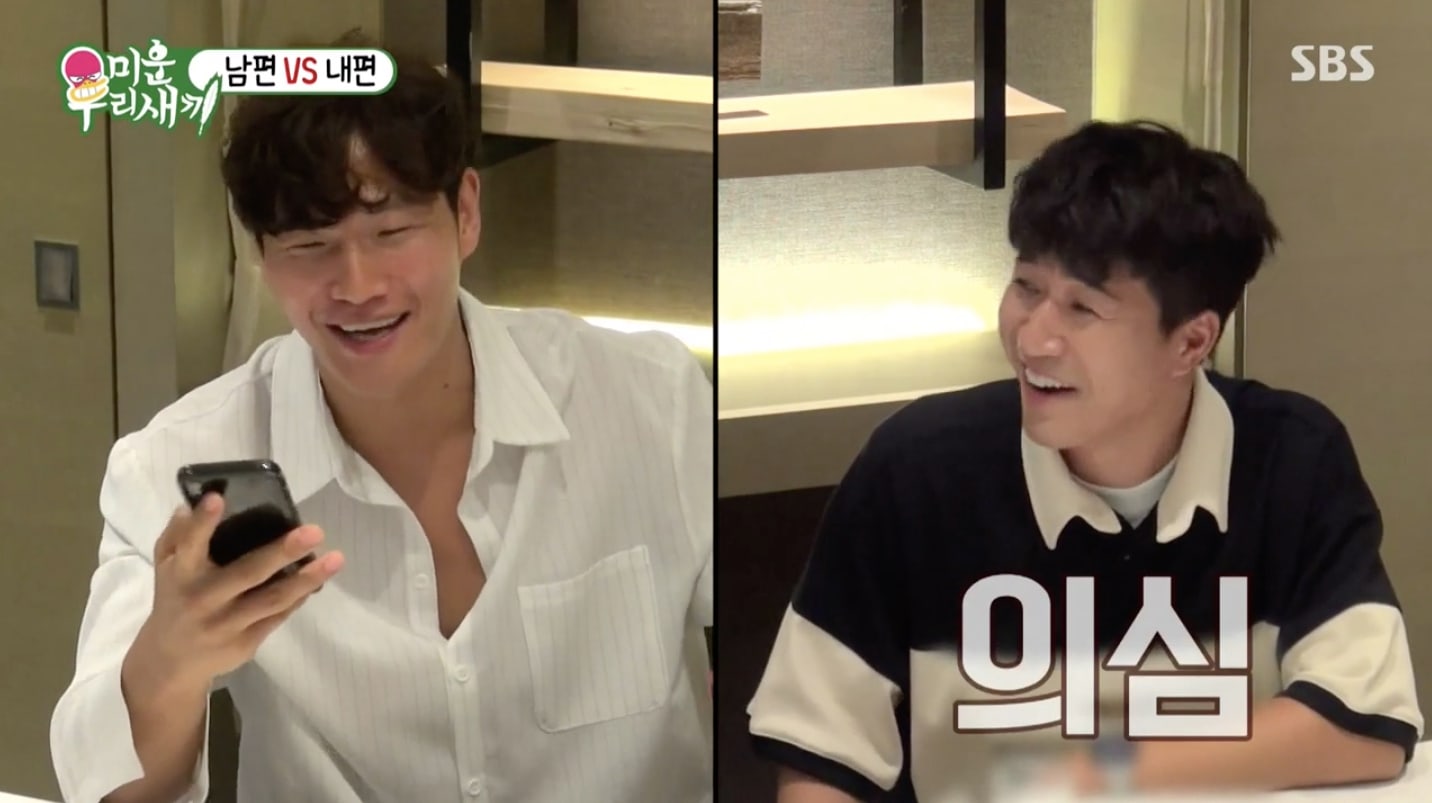 Do you think Kim Jong Kook and Jun So Min would make a cute couple? Leave your thoughts below!

The full episode of “My Ugly Duckling” will soon be available with English subtitles on Viki. In the meantime, you can catch up on last week’s episode here:

jun so min
Kim Jong Kook
Kim Jong Min
My Ugly Duckling
How does this article make you feel?