The final lineup was revealed on June 24 for the event which will take place from August 9 to 11 at the KSPO Dome.

The final day’s concert will be the K-pop Concert and BTS, Super Junior D&E, TWICE, Hwang Chi Yeol, TXT, Stray Kids, and ITZY are set to take over the stage to delight fans. 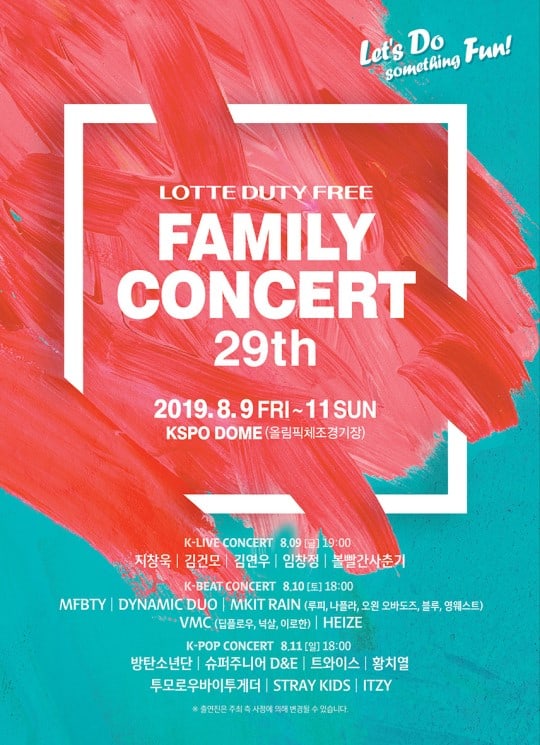 Kim Jung Hyun, who is in charge of marketing at Lotte Duty Free, stated, “The Lotte Duty Free Family Concert is a Hallyu event that tries to be a leader of music and showcase various genres,” and “We will continue to make the Korean tourism industry more competitive by engaging in various marketing activities that incorporate cultural content.”

The Lotte Duty Free Family Concert will be held from August 9 to 11 at the KSPO Dome.