“Hotel del Luna” is a fantasy horror romance that tells the story of elite hotelier Goo Chan Sung (played by Yeo Jin Goo), who ends up running the hotel for ghosts due to fateful events, and hotel owner Jang Man Wol (played by IU), who is as beautiful and aloof as she is ill-tempered.

In the character posters, Jang Man Wol and Goo Chan Sung are glowing brightly in front of a large moon. However, the mysterious quotes bring greater meaning to the poster as they lightly tease the fantasy tale to come. Jang Man Wol’s caption darkly reads, “I’m… not dead yet.” 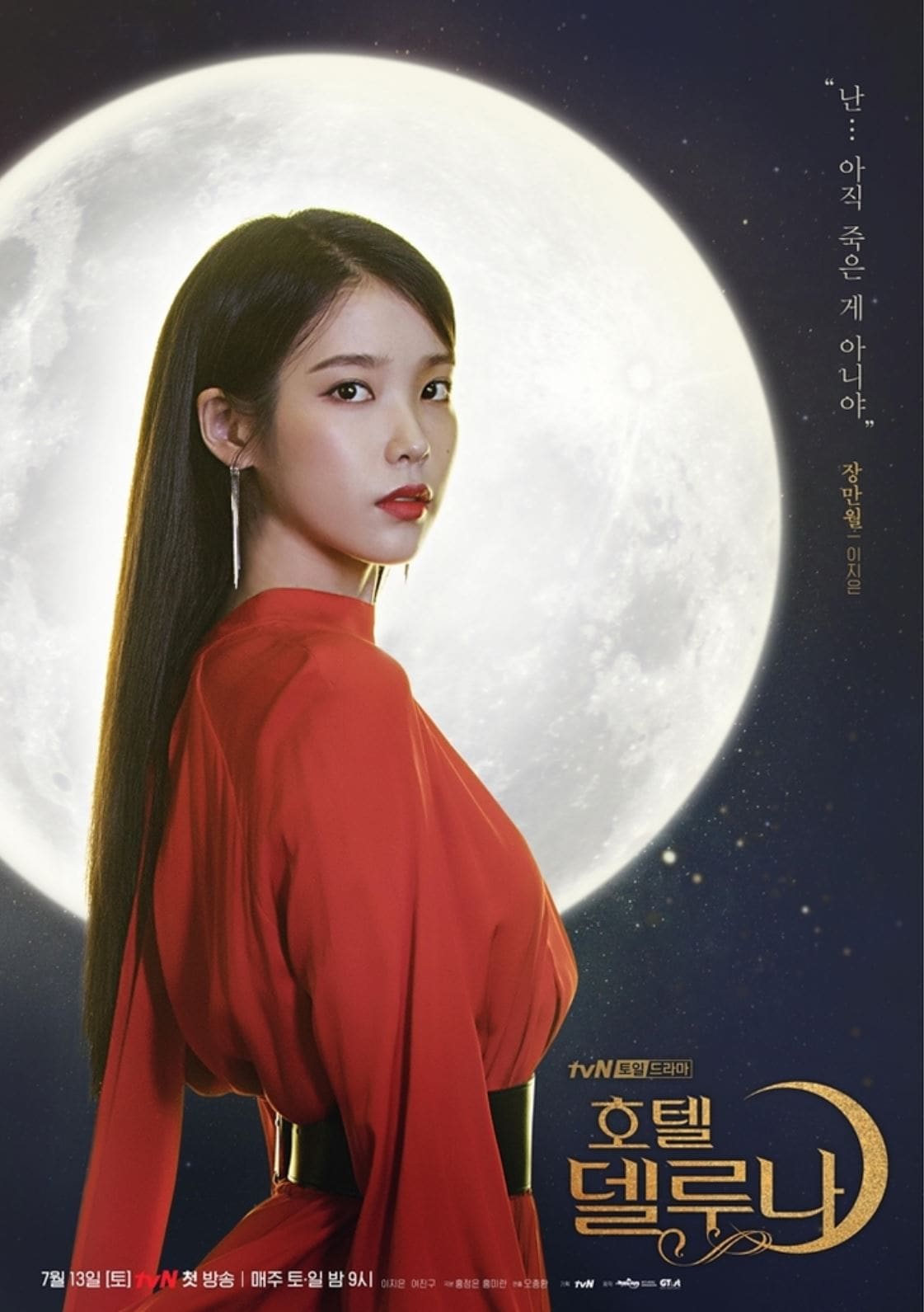 Future viewers are curious whether the beautiful hotel owner who only appears in front of wandering ghosts is actually a human or a ghost herself. In particular, they’re wondering how Jang Man Wol is “existing” in the hotel if she’s not dead. With her fierce gaze that matches her bright red dress and lipstick, Jang Man Wol exudes a cold and dark aura that is only amplified by her piercing gaze.

On the other hand, Goo Chan Sung’s poster has the caption, “I wanted to get to know you and this hotel.” As someone who’s received scouting offers from three of the world’s top 100 hotels and as someone who’s decorated the cover of a magazine as the “Hotelier of the Year,” it’s questionable why he wants to work with ghosts, especially considering that he’s very afraid of them. 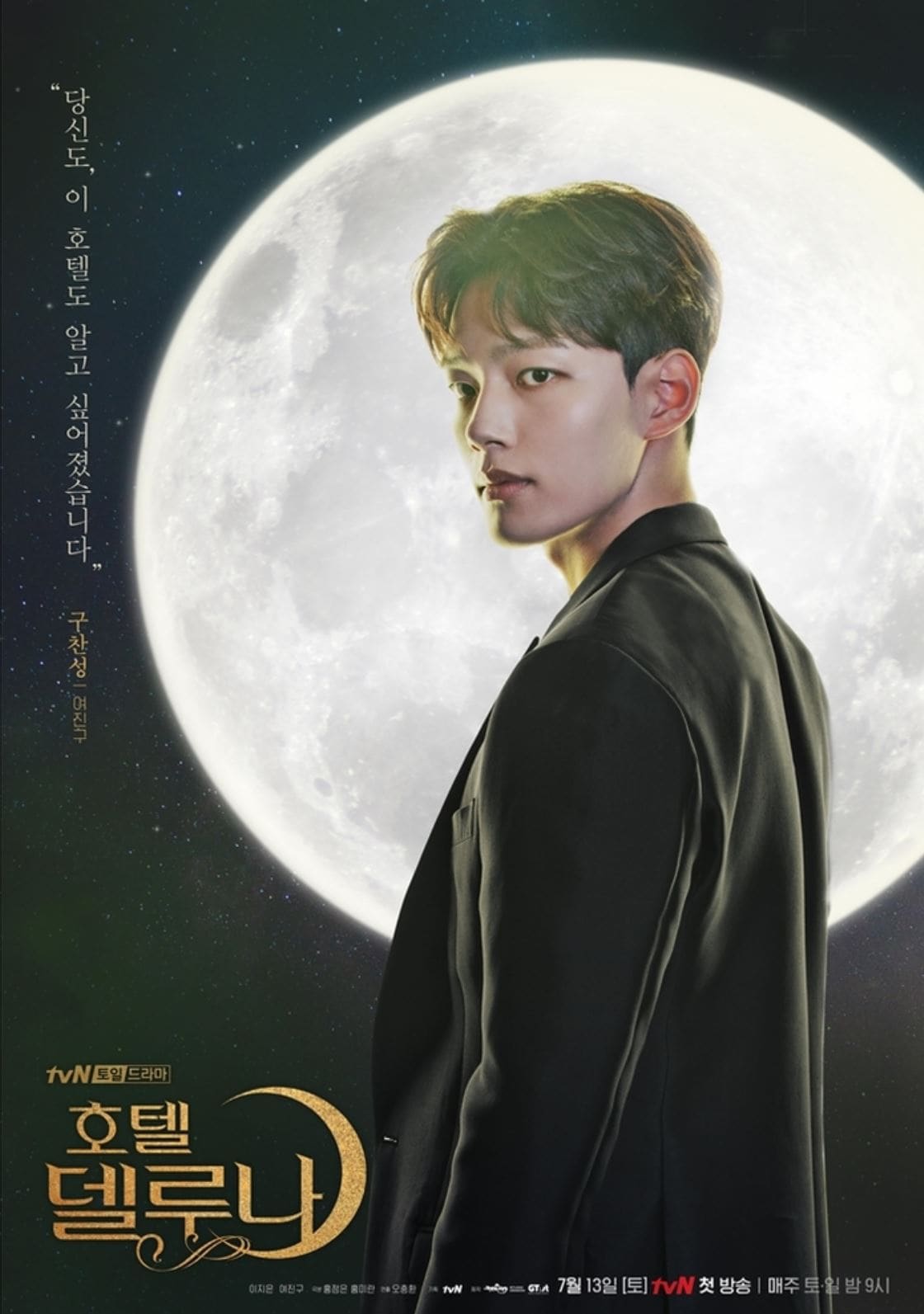 Many are wondering how the talented Goo Chan Sung came to be the manager of Hotel del Luna and if romance has anything to do with the equation. His mysterious gaze has gotten future viewers excited for the romance that’s expected to unfold in the upcoming drama.

This story of a hotel for ghosts was the initial idea behind the Hong Sisters’ 2013 drama “Master’s Sun,” and the idea for the drama will finally be coming to light six years later through “Hotel del Luna.” Oh Choong Hwan, the director for “Doctors” and “While You Were Sleeping,” will be directing the upcoming drama.

Also start watching “Master’s Sun” below if you haven’t already!