SBS’s “The Secret Life of My Secretary” has revealed several stills previewing the final episodes of the drama!

In the first set of stills, Do Min Ik (played by Kim Young Kwang) and Jung Gal Hee (played by Jin Ki Joo) enjoy a date at the beach. When Jung Gal Hee’s foot gets stuck in the sand, Do Min Ik crouches down to help her out. Do Min Ik showers her with gentle gestures like these, and while Jung Gal Hee feels awkward about his change in attitude, she wants to stay close to his side. All of a sudden, an uninvited guest appears at the beach, making the couple jump apart. This person causes Do Min Ik to run around the beach madly, and Jung Gal Hee is unable to keep her anger at bay. 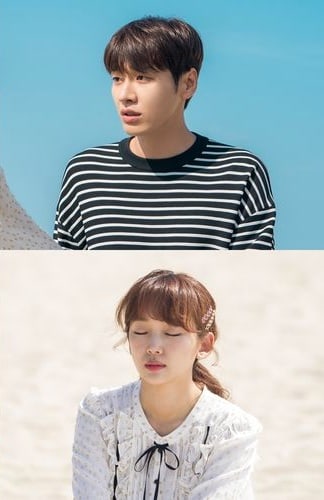 Another series of stills show the company’s secretaries demonstrating against the firm. Wearing vests with the text, “Away with the corrupt owner, stop hereditary succession,” they even go on a hunger strike to achieve what they want from the company, though their exact objective has not been revealed yet. Even Jung Gal Hee is participating in the demonstration, which is unexpected since the demo is an act against Do Min Ik. Spotting Jung Gal Hee, Do Min Ik brings her to his office and takes an unexpected course of action. The drama’s producers ask viewers to keep on eye on how their relationship takes a turn following the hunger strike. 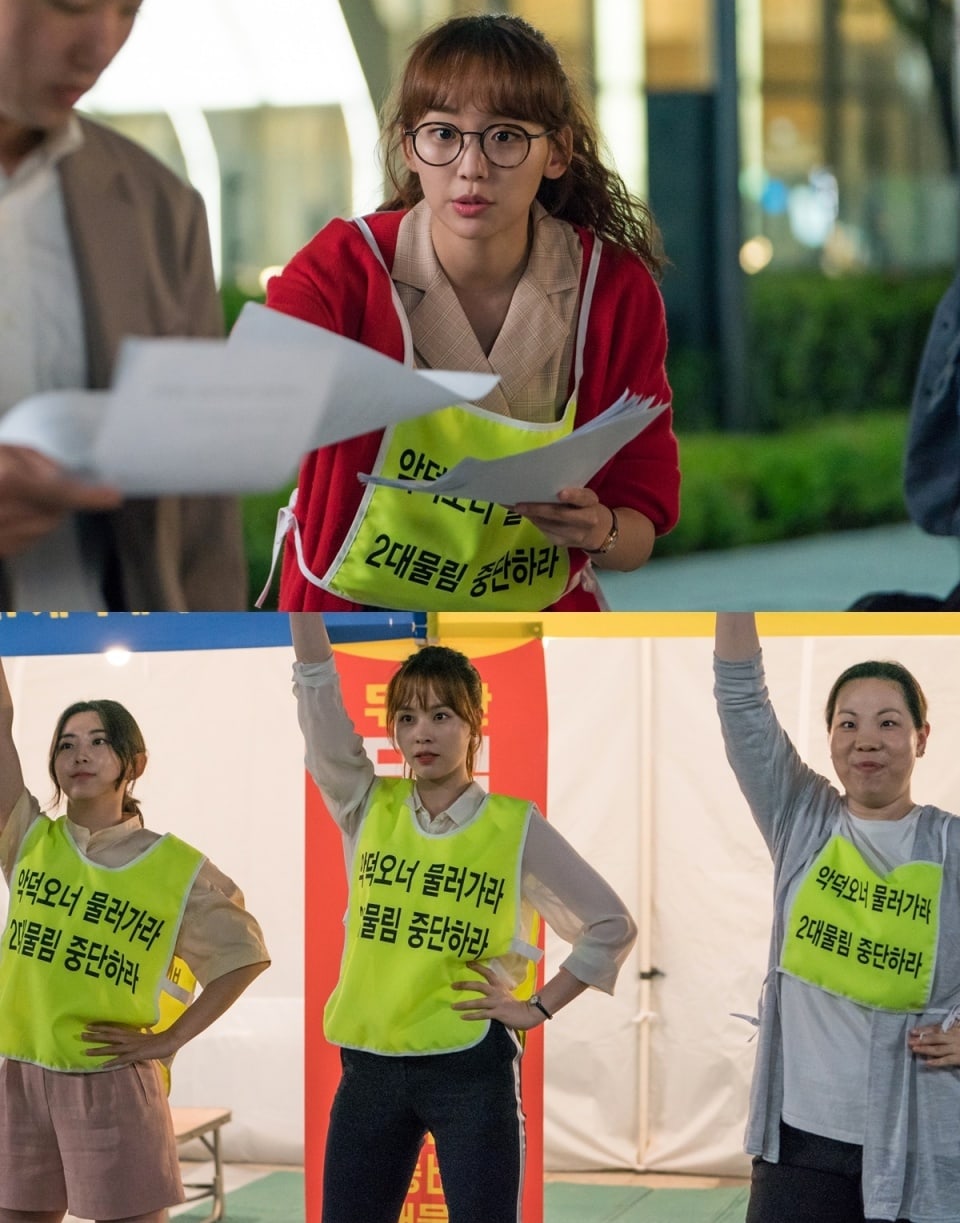 In other interesting stills, Do Min Ik and Eun Jung Soo (played by Choi Tae Hwan) are sitting on a bench together amidst a heavy atmosphere. Do Min Ik quietly listens to Eun Jung Soo’s words with furrowed brows, appearing to be deep in thought. 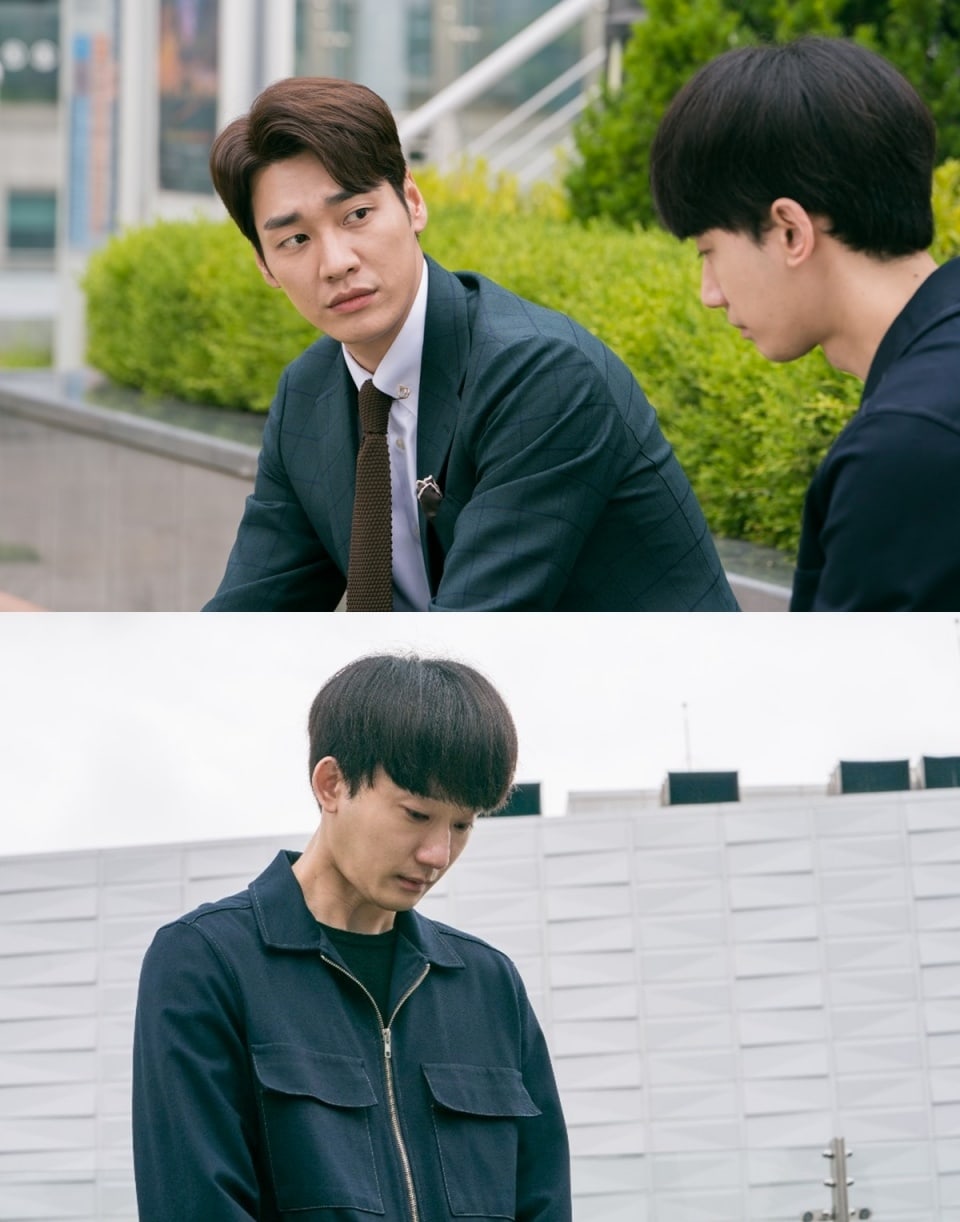 Previously on “The Secret Life of My Secretary,” Do Min Ik felt betrayed that Jung Gal Hee had lied to him. However, at the same time, he was moved by her sincerity, and his feelings for her had grown too much already. Meanwhile, Do Min Ik’s uncle Shim Hae Yong (played by Kim Min Sang) got his hands on the ledgers of the secretaries’ secret organization, putting the secretaries in danger of getting fired for “embezzling” the company’s money. In reality, they had been improving the working conditions of the employees by secretly selling the bribes received by the company’s executives. In the latest episode, Do Min Ik saw his driver Eun Jung Soo’s face when he momentarily became able to see faces. Do Min Ik chased after his driver but ended up losing him.

With only four 30-minute episodes remaining until the drama’s finale, the upcoming episodes of “The Secret Life of My Secretary” will finally reveal how the various issues in the story will be resolved.

“The Secret Life of My Secretary” airs every Monday and Tuesday at 10 p.m. KST. Catch the latest episode below!

Kim Young Kwang
Jin Ki Joo
The Secret Life of My Secretary
Choi Tae Hwan
How does this article make you feel?