The music video director appeared on the June 23 broadcast of MBC’s Radio Show “Idol Radio,” hosted by BTOB’s Ilhoon. He filmed music videos by famous idols, such as TVXQ’s “Truth” and Shinhwa’s “Kiss Me Like That.”

When asked to choose his representative work, High Quality Fish chose Taemin’s “Move.” He said, “Taemin’s ‘Move’ was my first music video with an idol, and he suffered a lot when he danced in the rain. Taemin is a nice guy, so he said he was fine, but I think I caused him a lot of struggles with my ambition for our first production.”

Then High Quality Fish praised, “I think Taemin is more of an artist than an idol, so I added a part where he can do freestyle modern dance, and I was surprised that he performed it so well.” He added, “I’m in awe of the idols who are pursuing their dreams.” 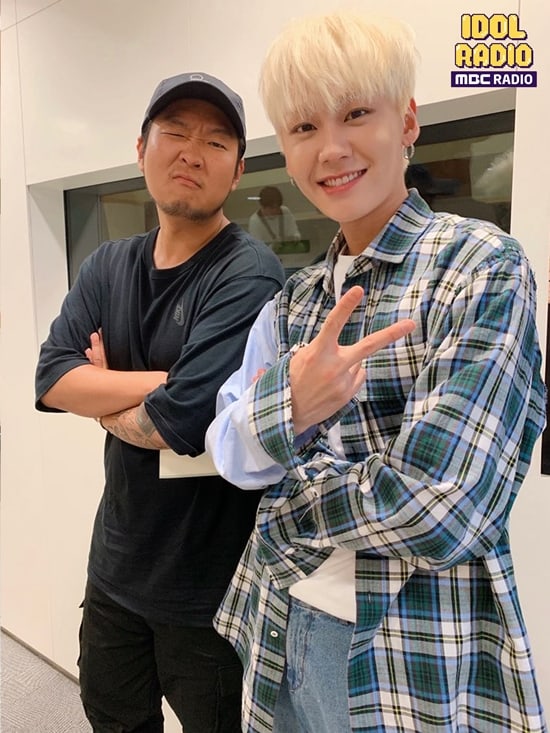 The director revealed, “I danced when I was in school. When giving a dance direction on the spot, I do the dance and show it myself. Before I film, I set the song as an alarm and keep on listening to it. I listen to it several thousand times to think about which picture will fit it.”

To the people dreaming of becoming music video directors, he advised, “Work hard in a field you like so that others can’t keep up with you.”

SHINee
Taemin
Idol Radio
How does this article make you feel?