BTS has earned another platinum single!

On June 24, the Recording Industry Association of America (RIAA) announced on its website that BTS’s “Boy with Luv” reached 1 million certified “units” with a certification date of June 20. One permanent digital download counts as one unit, and 150 on-demand audio and/or video streams count as one unit. The RIAA also noted that so far in 2019, less than 10 songs have achieved platinum certification.

BTS became the first Korean group to receive a gold certification with “MIC Drop” in February 2018. The song then went platinum in November 2018. 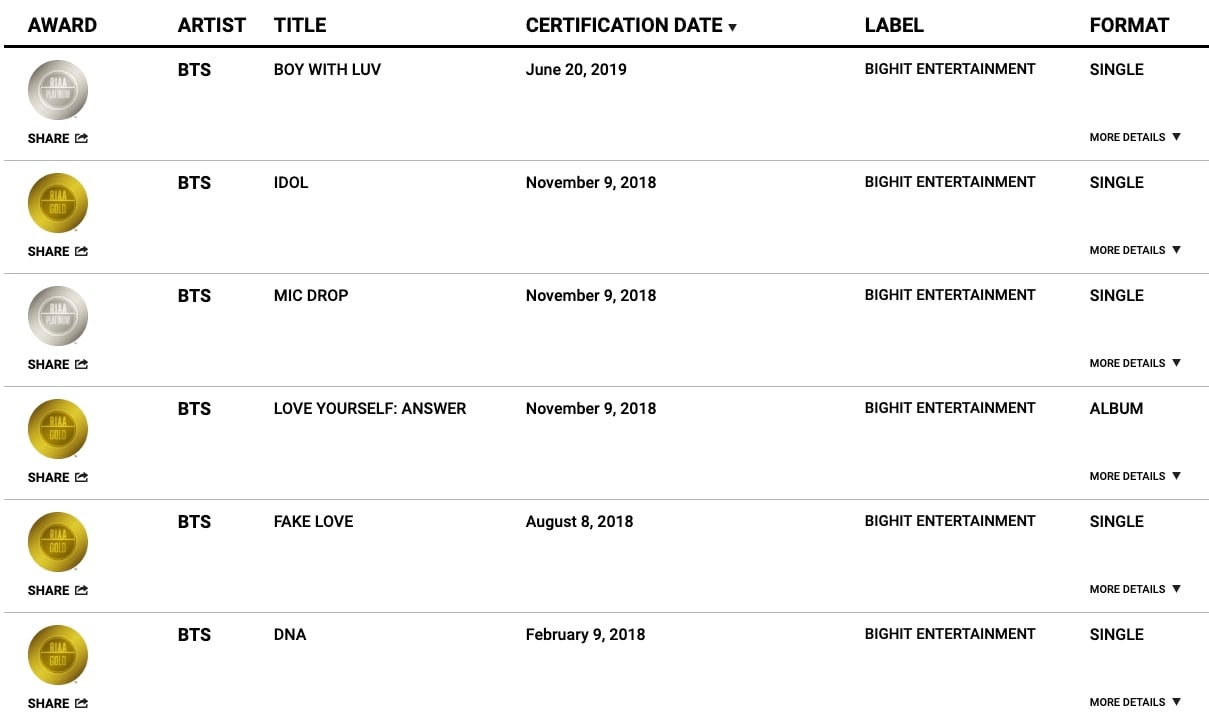