Red Velvet has given fans a glimpse of several alternate choreographies that were considered for their new title track “Zimzalabim“!

On June 23, Red Velvet appeared on “Inkigayo Check-In Live,” a live broadcast filmed behind the scenes of SBS’s weekly music show “Inkigayo.” During the segment, the girl group revealed that there had been many different choreographies proposed for “Zimzalabim.”

Demonstrating the key dance move from the chorus of “Zimzalabim,” Seulgi remarked, “There was a really diverse array of [choreographies], but what was ultimately chosen was this.” 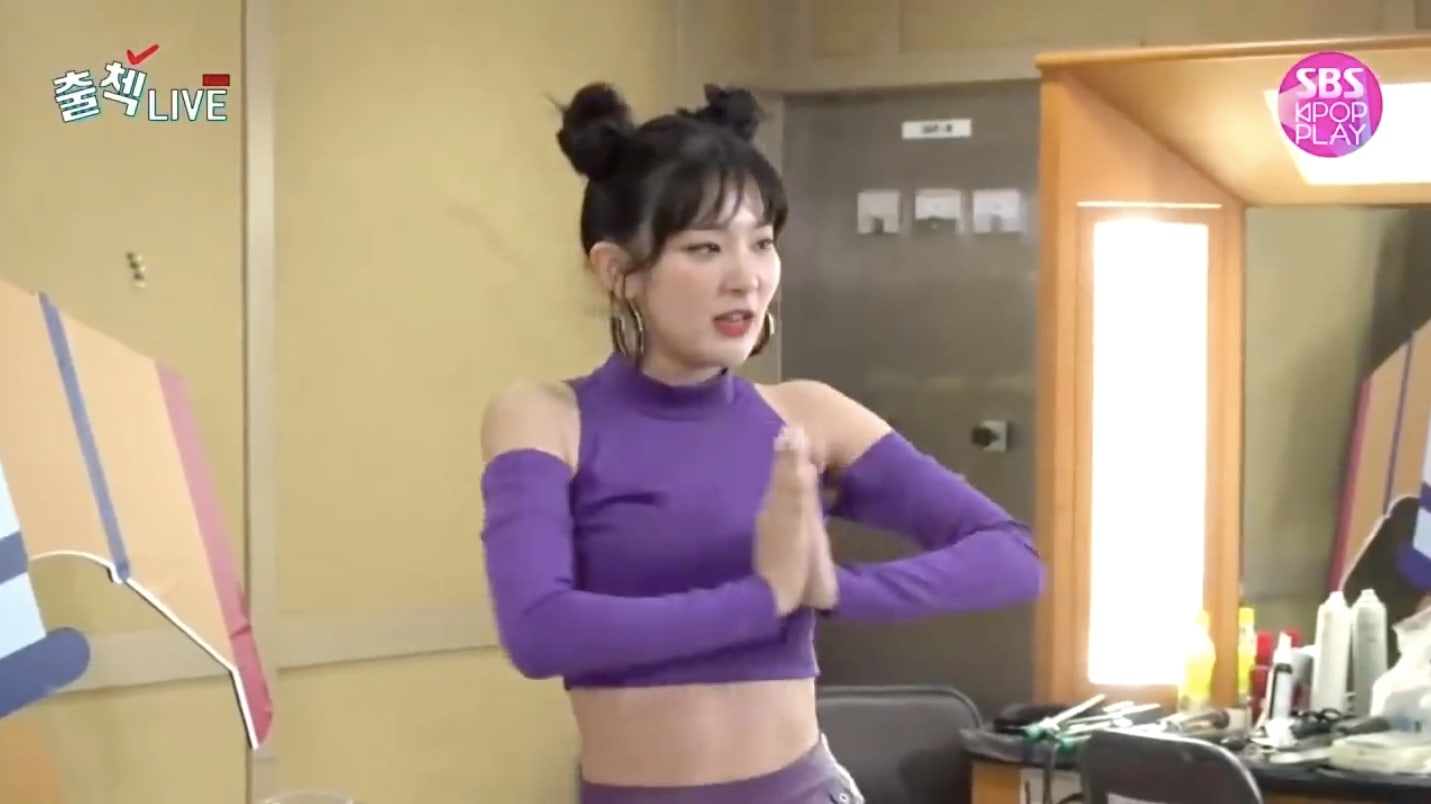 Irene went on to explain that their original choreography for “Zimzalabim” had repeated one specific move over and over from the beginning, and Seulgi interjected, “But it was too hard. So we decided to go in a calmer direction, since it was a part of the song that could allow us to show off our charisma.”

Joy added, “There was one choreography that we were sad wasn’t chosen.” Seulgi agreed, recalling, “There was a great vibe to it.” She then demonstrated an alternate version of the chorus, pointing out, “This is our very first time revealing this.”

The Red Velvet members explained that this particular version of the choreography had gotten more and more intense as the song went on, so it had been deemed too physically demanding. However, Seulgi said regretfully, “But I do think that this choreography went really well with ‘Zimzalabim.’ I think it might have been nice to dance with that kind of feeling.” 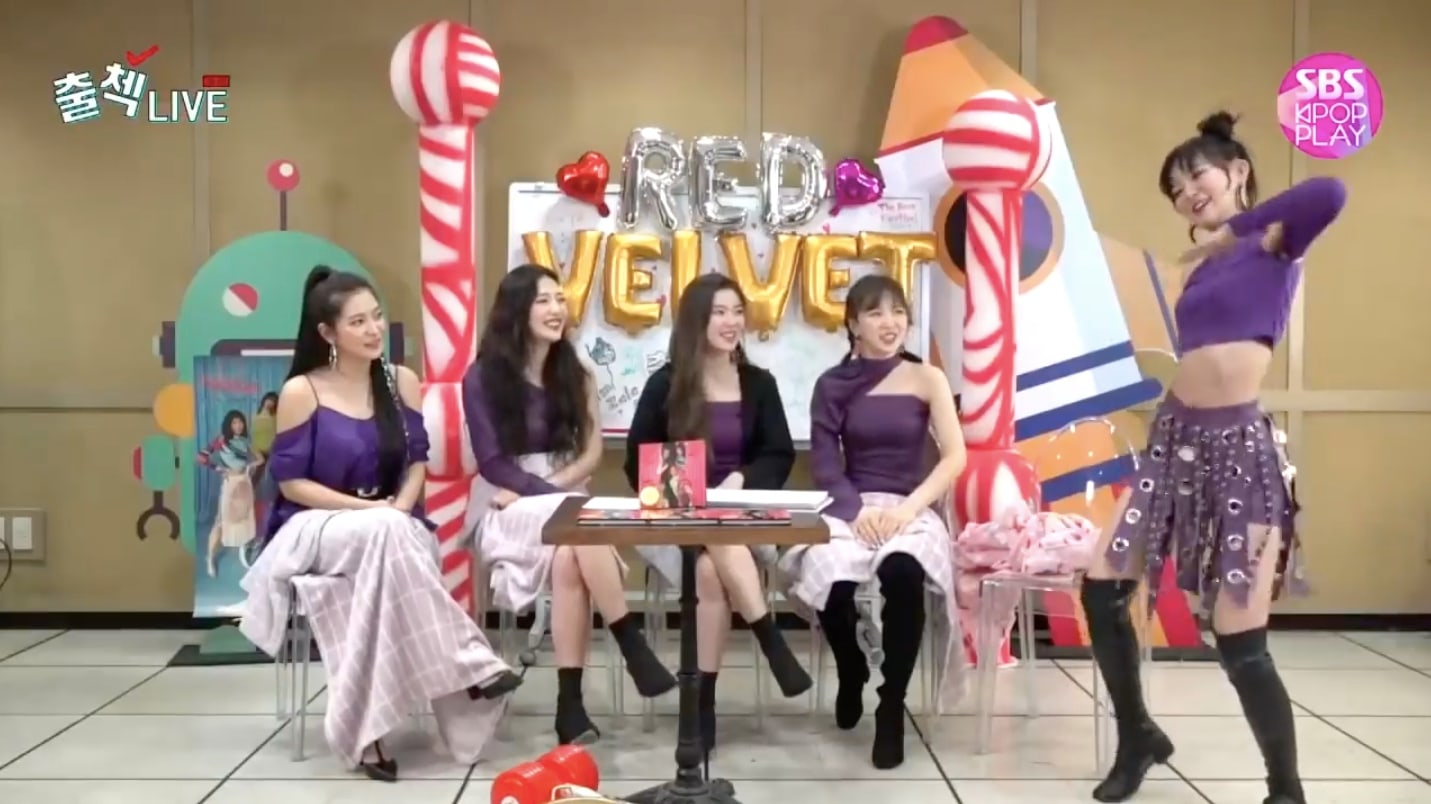 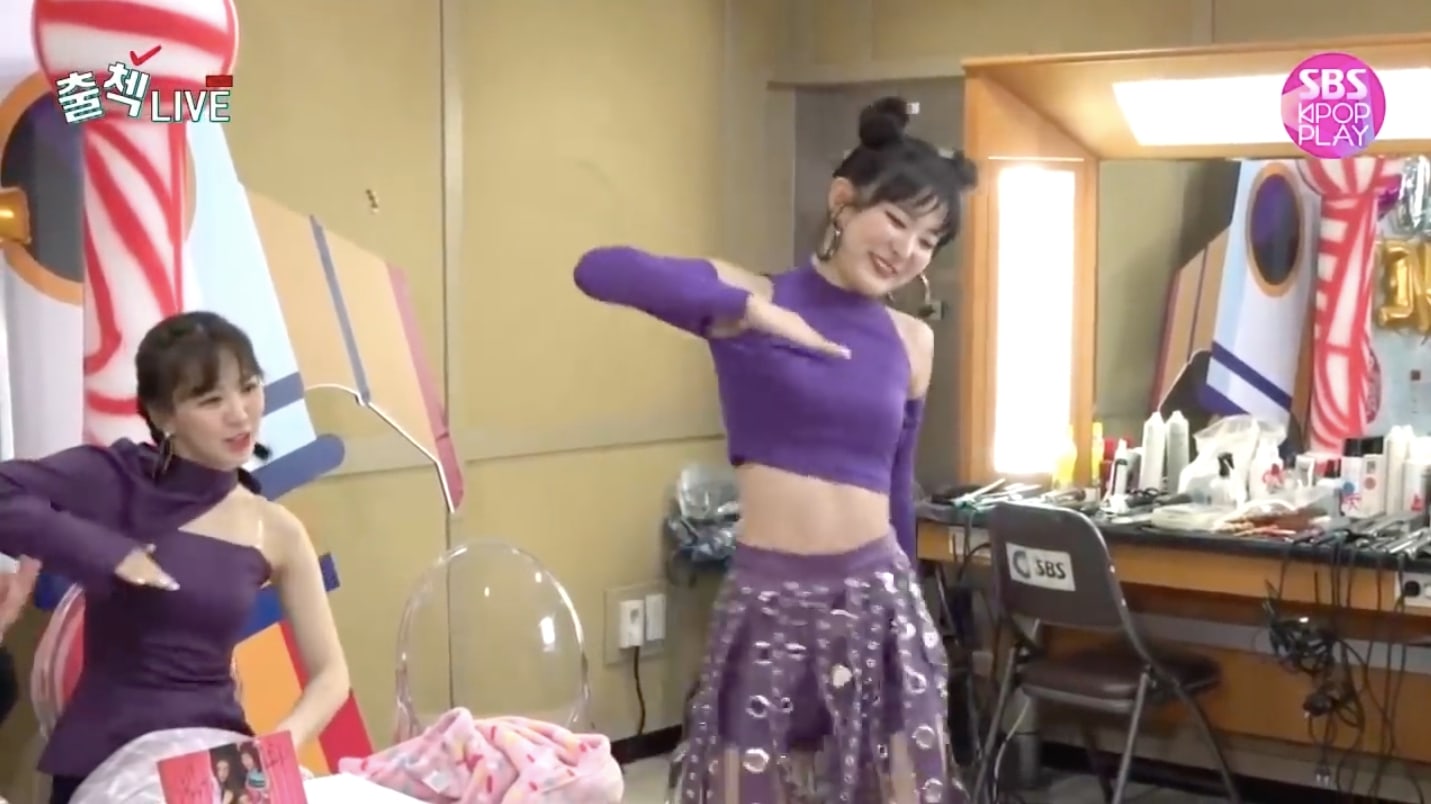 Check out the clip of Red Velvet demonstrating the different versions of “Zimzalabim” below!

You can also watch Red Velvet perform on the latest episode of “Inkigayo” here: