With just two episodes left until the finale, SBS’s “The Secret Life of My Secretary” has revealed new stills!

“The Secret Life of My Secretary” is about Do Min Ik (played by Kim Young Kwang), a problematic boss diagnosed with face blindness, and his secretary Jung Gal Hee (played by Jin Ki Joo), who starts leading a double life when she is mistaken for someone else.

Previously, Do Min Ik gave up his position as CEO in order to create a negotiating table for the part-time workers. Unaware of his actions, Jung Gal Hee was pleased to know that her co-workers’ jobs would remain as is.

In the upcoming episode, viewers will be able to see Jung Gal Hee’s reaction to the truth, as well a romantic scene previewed by the released stills. 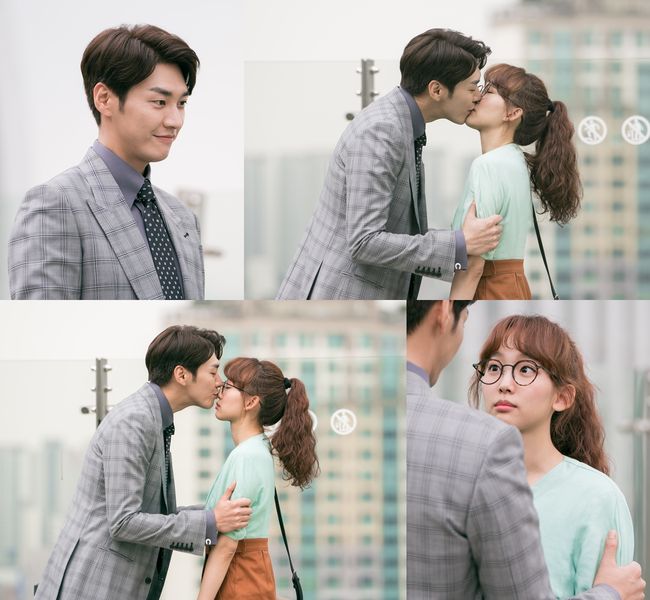 In the photos, Do Min Ik wears a bright smile and gazes longingly at Jung Gal Hee, as if he can recognize her face. Previously, he could only see her face clearly when she wore her signature red cardigan. In the upcoming episode, however, Do Min Ik will reportedly tell Jung Gal Hee, who is not wearing the cardigan, that she is pretty and sprinkle kisses across her face. Jung Gal Hee stares back at Do Min Ik with only love in her eyes, unable to look away.

The production staff stated ,”Please watch until the last episode to find out if Do Min Ik can recognize Jung Gal Hee without her trademark red cardigan, and if the couple will be able to create a sweet romance after he recovers from his face blindness.”

The final episodes of “The Secret Life of My Secretary” will air on June 25 at 10 p.m. KST. Catch the latest episode below!