On June 25, Good Data Corporation shared their weekly ratings of the most buzzworthy dramas and actors. The results are from the company’s analysis of 28 currently airing and upcoming dramas for the third week of June.

MBC’s “One Spring Night” also maintained its No. 2 ranking for the third consecutive week. The drama has received much attention after the relationship between Jung Hae In and Han Ji Min’s characters became known to those around them. Jung Hae In took the No. 1 spot among buzzworthy actors, while Han Ji Min placed No. 2.

No. 3 among buzzworthy dramas was tvN’s “Search: WWW,” which rose from last week’s position of No. 4. It also managed to achieve its highest score yet, rising 14 percent. Viewers were enthralled by a recent episode in which the characters were able to enact revenge on the mastermind behind the search engine manipulation. The drama’s lead actors Im Soo Jung and Jang Ki Yong placed No. 4 and No. 10, respectively, on the most buzzworthy actors list. 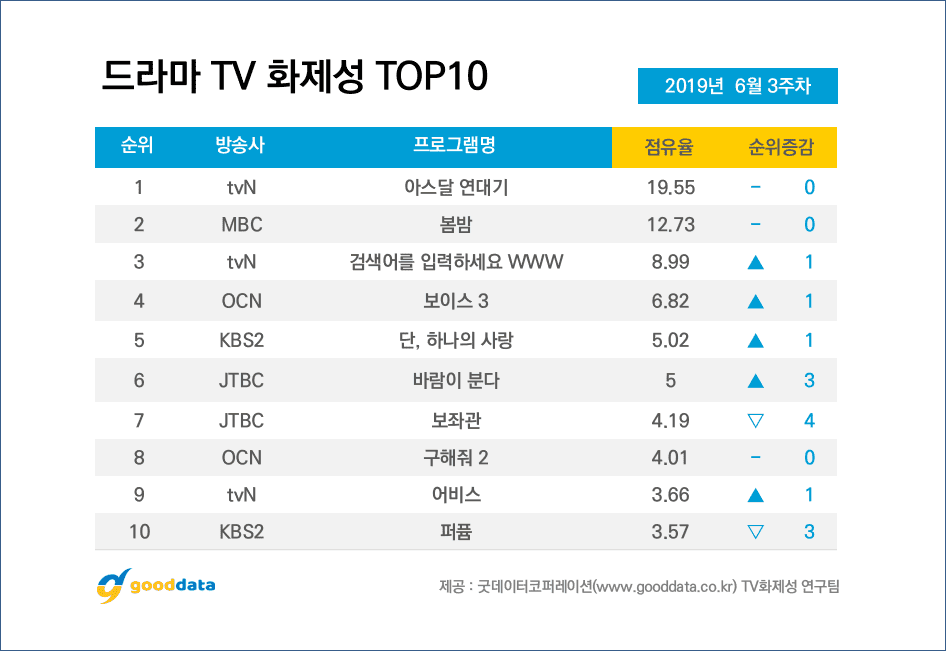 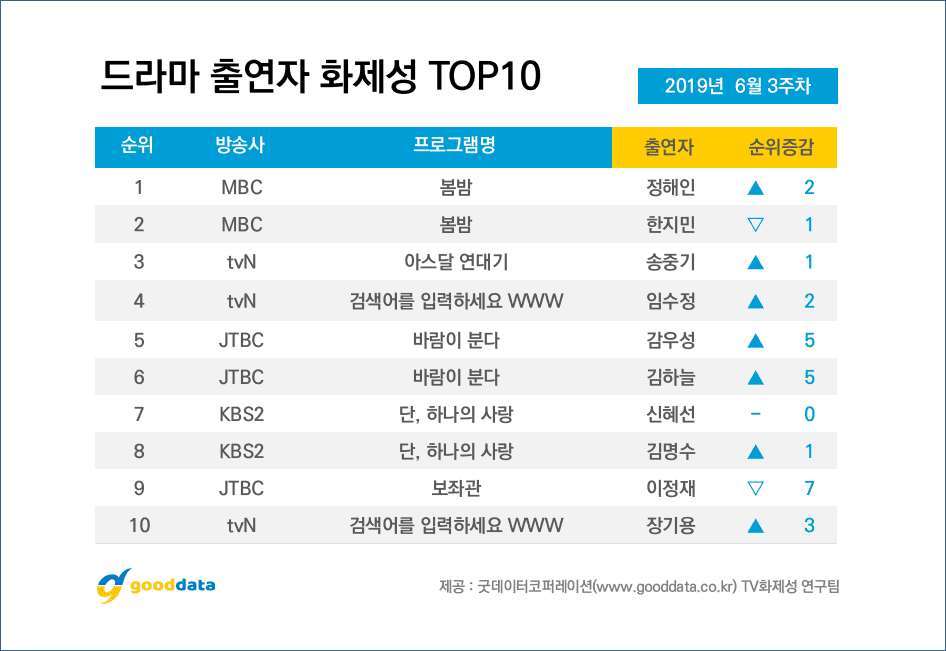