During the show, the hosts mentioned that they’d heard that Seulgi‘s dream is to be a director of SM Entertainment in the future.

Jung Hyung Don asked her to name the three best things about SM Entertainment, and Seulgi said, “First off, there are a lot of training systems. We can learn a lot of different things like languages, singing, and dancing.” 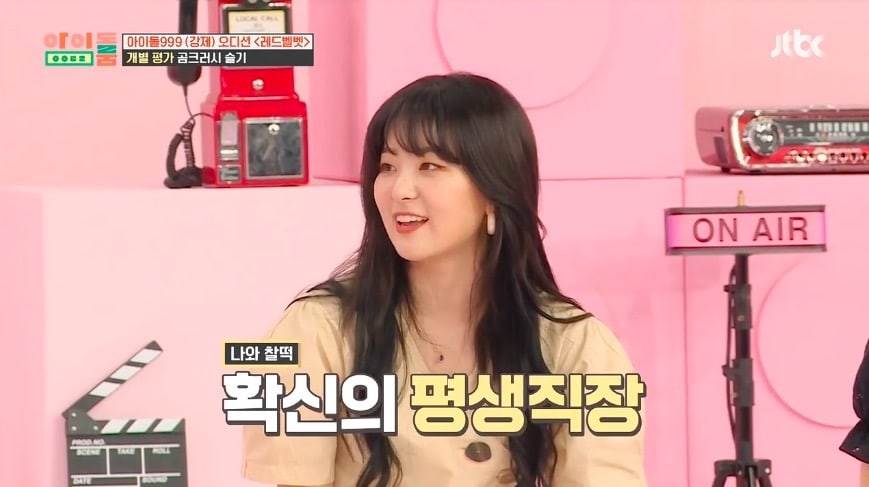 She continued, “There are so many great senior artists. Also, there are many great teachers.” Jung Hyung Don pointed out that was similar to her first point about their training, so she answered with a smile, “Then, the company is good!” which made the others laugh.

The MCs then announced they would see just how much Seulgi knows about SM with a quiz, which all the members could join. They said that if Seulgi got the most answers correct, they’d acknowledge her love for her company.

The first question was “What was the founding date of SM Entertainment?” The group tried to guess, and eventually with some hints, Yeri managed to get the right answer: February 14, 1995.

The hosts asked Seulgi if she really hadn’t known, and she admitted she didn’t. Yeri joked, “I’m the director now!” 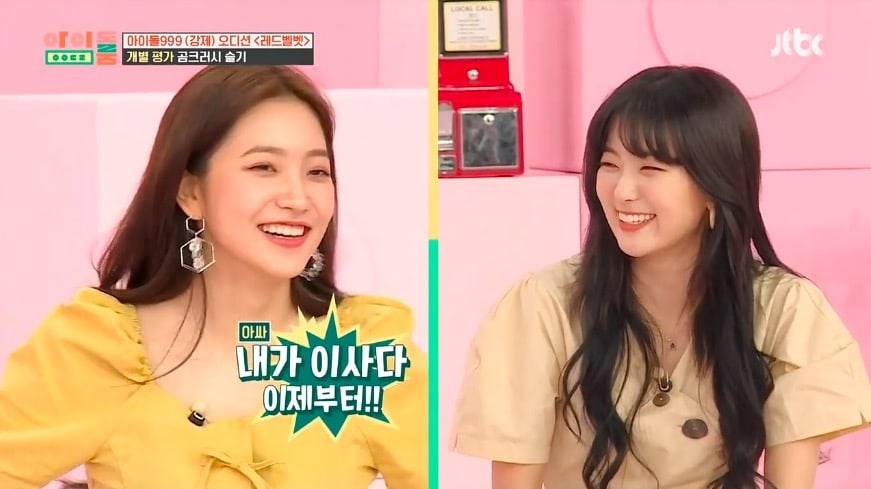 When asked what SM Entertainment’s management philosophy is, they tried to guess again, with Seulgi remembering that it included the word “technology.”

The hosts gave them the hint of NCT, and the members first tried guessing “Neo technology.” Eventually Joy got it right when she yelled out “Culture technology!”

The last question asked the members, “What is the stock price of SM at this very moment?” After some passionate guessing from the members, Wendy correctly guessed 47,050 won (approximately $41 dollars). She yelled in victory over winning the “director” title. 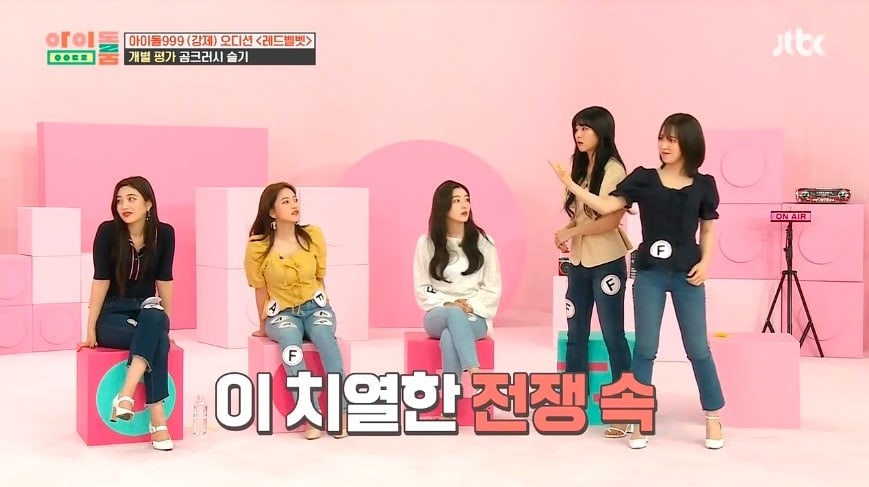 Red Velvet recently made a comeback with “Zimzalabim,” and you can check out their MV here.

Red Velvet
Idol Room
How does this article make you feel?