KBS’s upcoming Wednesday-Thursday drama “Justice” has released the first teasers of its principal actors on set.

“Justice” is about a lawyer who makes a deal with the devil in order to get his revenge (Choi Jin Hyuk) and a man who willingly becomes evil for the sake of his family (Son Hyun Joo). The two men meet over a case of disappearing actresses that gets them involved in the hidden lives of South Korea’s VVIPs. 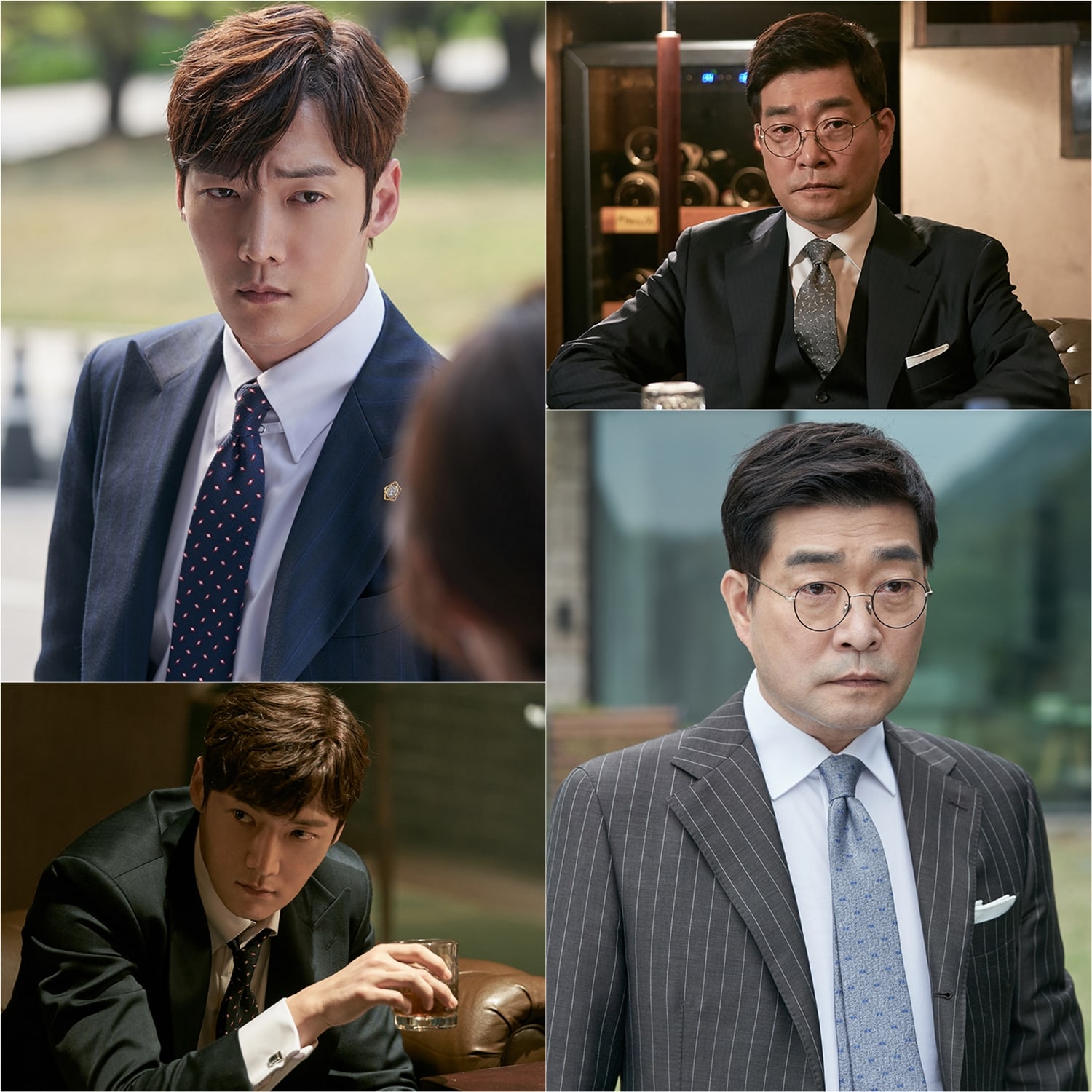 The stills of Choi Jin Hyuk and Son Hyun Joo bring out the actors’ natural charisma. Choi Jin Hyuk shows off his sharp gaze as he plays a lawyer who uses his high intellect to bring all his cases to a verdict of “not guilty” – or at the very most, a probation. He has decided to partner with Son Hyun Joo’s character in order to get revenge for his younger sibling.

In his perfectly tailored suit and luxurious surroundings, Son Hyun Joo embodies the role of a major company CEO. He has built his company on the work that Choi Jin Hyuk’s character has done for him, even when the cases were dirty. However, their partnership is thrown into chaos when they get involved in the serial disappearance of actresses. 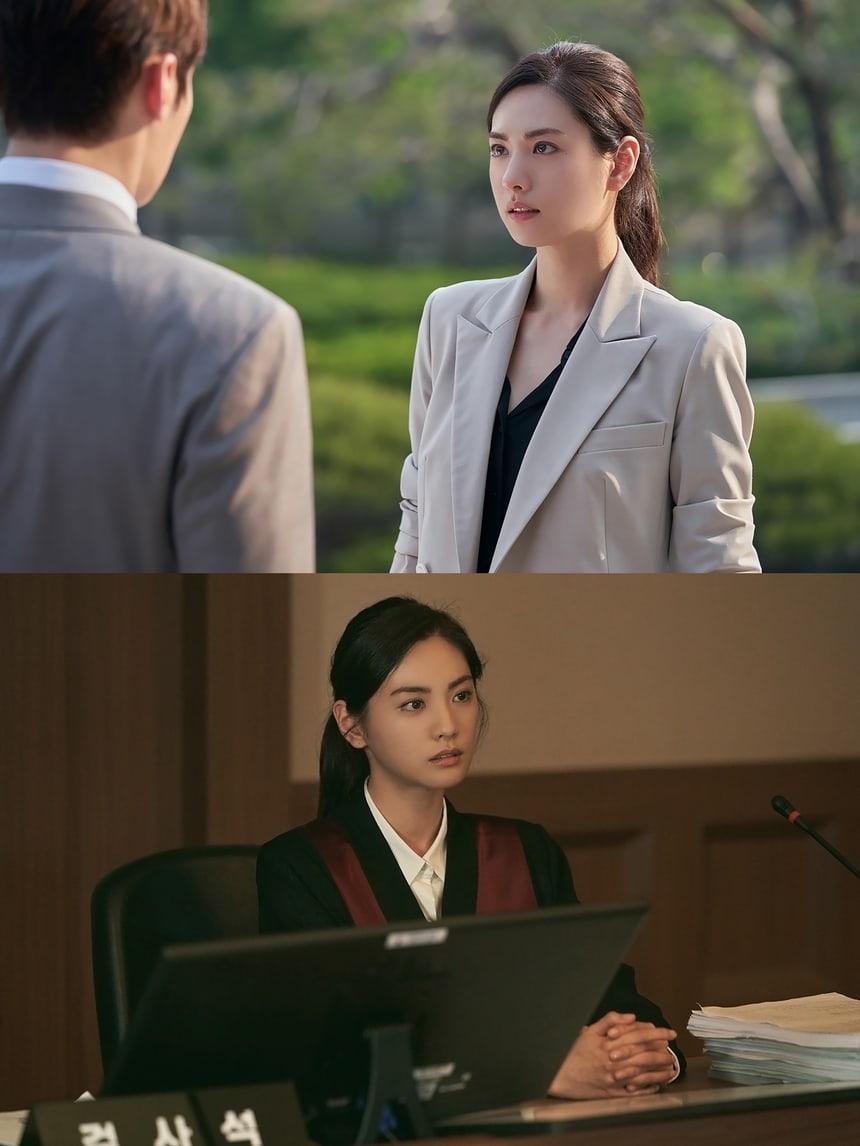 Nana, meanwhile, plays a prosecutor at the Seoul Central District Court. She chose to become a prosecutor to follow in her father’s footsteps and inherited his disposition to pursue justice relentlessly regardless of money or rank. The stills, which portray her both in a suit and legal robes, showcase her character’s determination and willingness to stand up to others.

“Justice” premieres on July 17 and will be available on Viki. Check out a teaser here!