In the previous episodes, Dan discovered that Ji Kang Woo was once an angel himself. Knowing that an angel can turn into a human filled Dan with hope, as he wished to stay by Lee Yeon Seo’s side. 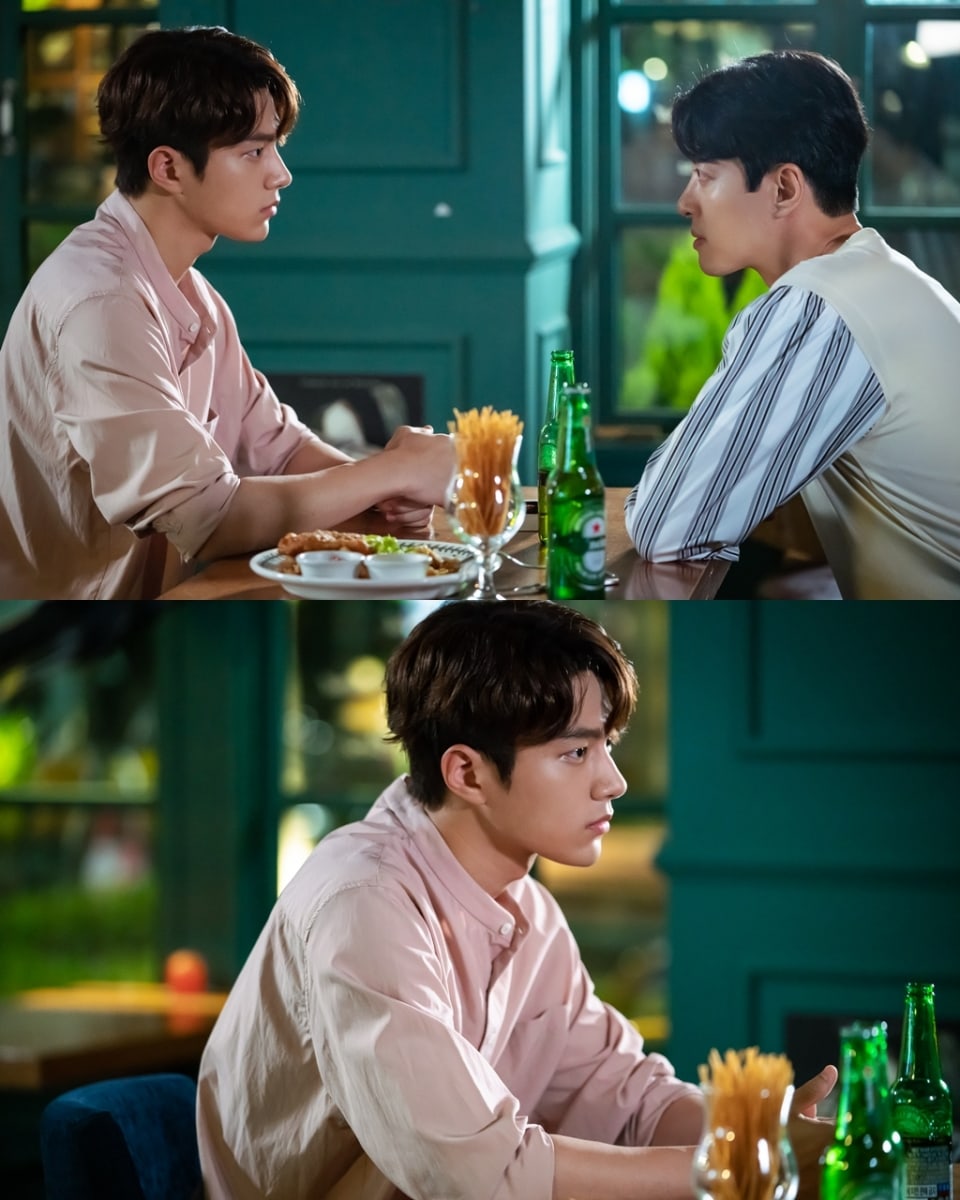 In the released stills, Ji Kang Woo and Dan finally meet. The two are engaged in a heated conversation, and Dan sits across Ji Kang Woo with a hardened expression, looking completely serious. In response, Ji Kang Woo stares down at Dan with a cynical look on his face.

The upcoming episode of “Angel’s Last Mission: Love” will showcase Dan asking Ji Kang Woo about how angels can become human. Ji Kang Woo will tell Dan the secrets of the heavens, but unfortunately, his answer will come as a great shock for the angel.