“Justice” will tell the story of a lawyer named Lee Tae Kyung (played by Choi Jin Hyuk), who makes a deal with the devil to seek revenge, and Song Woo Yong (played by Son Hyun Joo), a man who willingly becomes evil for his family. A case of disappearing actresses brings the two men together and gets them involved in the hidden lives of South Korea’s VVIPs.

The two protagonists are similar in that they make a deal with the devil to achieve what they want. By taking care of the disgusting mess created by the higher-ups, they build up wealth and power. They end up in a relationship in which they must rely on each other. However, a tense air surrounds the two men. They stare at each other with cold, piercing eyes, reflecting their twisted relationship. 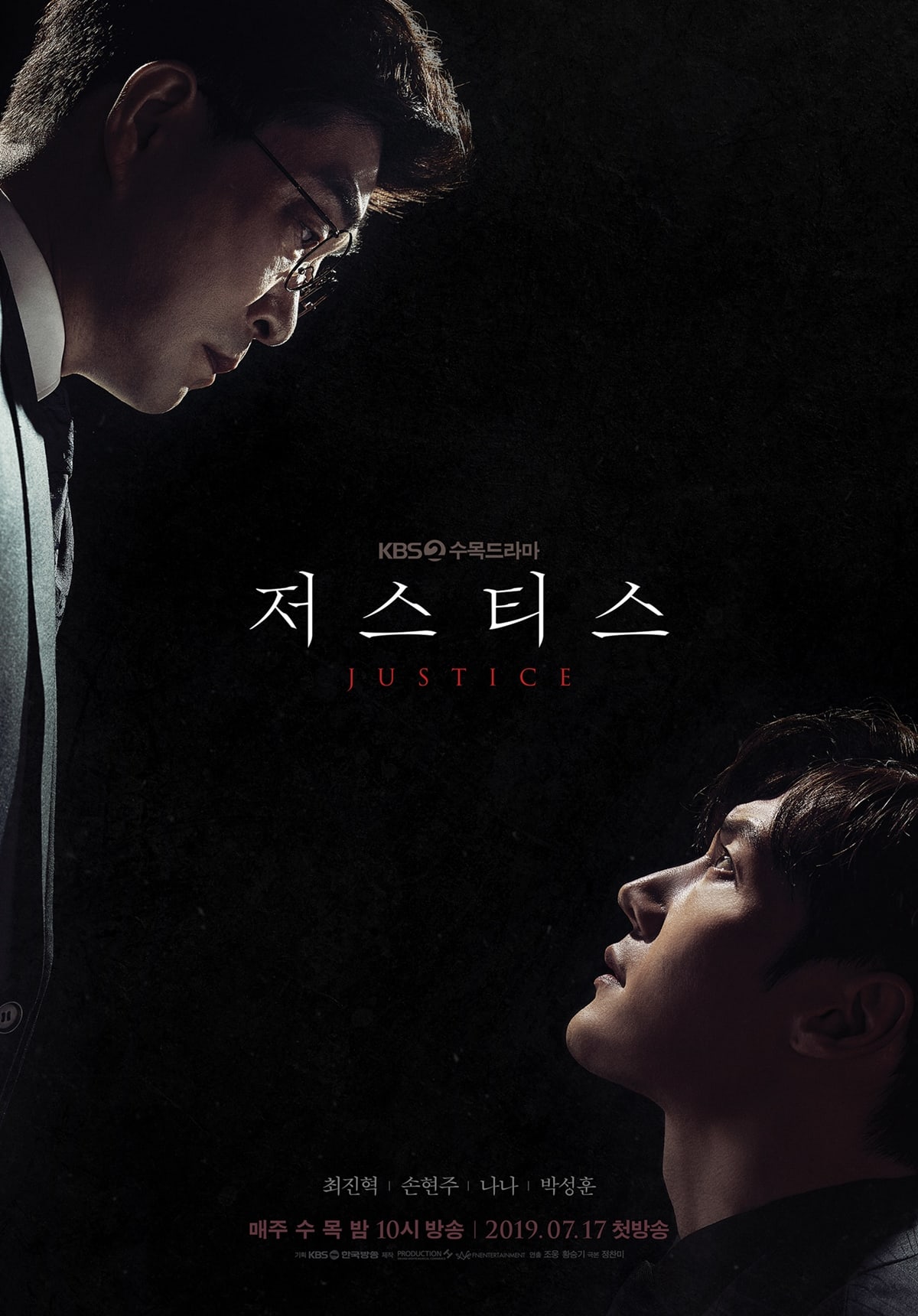 Though the drama’s title “Justice” is written in the center of the poster, Lee Tae Kyung and Song Woo Yong ironically choose to uphold their own ambitions, not justice. They end up walking the same path, but a hostile energy can be felt between them.

The producers shared, “The first poster of ‘Justice’ that was revealed today portrays the tense atmosphere between Lee Tae Kyung and Song Woo Yong. Their clashing gazes represent the complexity of their relationship and the events that take place. Though it’s a simple poster, it’s impactful and eye-catching due to Choi Jin Hyuk and Son Hyun Joo’s facial expressions. We ask for your interest until the premiere, when you will be able to feel their overwhelmingly powerful acting.”

Watch the latest episode of “Angel’s Last Mission: Love” below while you wait for “Justice” to premiere!