“Angel’s Last Mission: Love” is a fantasy romance between Lee Yeon Seo (Shin Hye Sun), a ballerina who doesn’t believe in love, and Dan (L), a troublemaker angel who becomes her Cupid.

At the end of episode 22, Lee Yeon Seo asked Dan if he was an angel, making viewers’ excited for the upcoming episode.

On June 27, new stills of the two main leads locking eyes and lips were revealed. 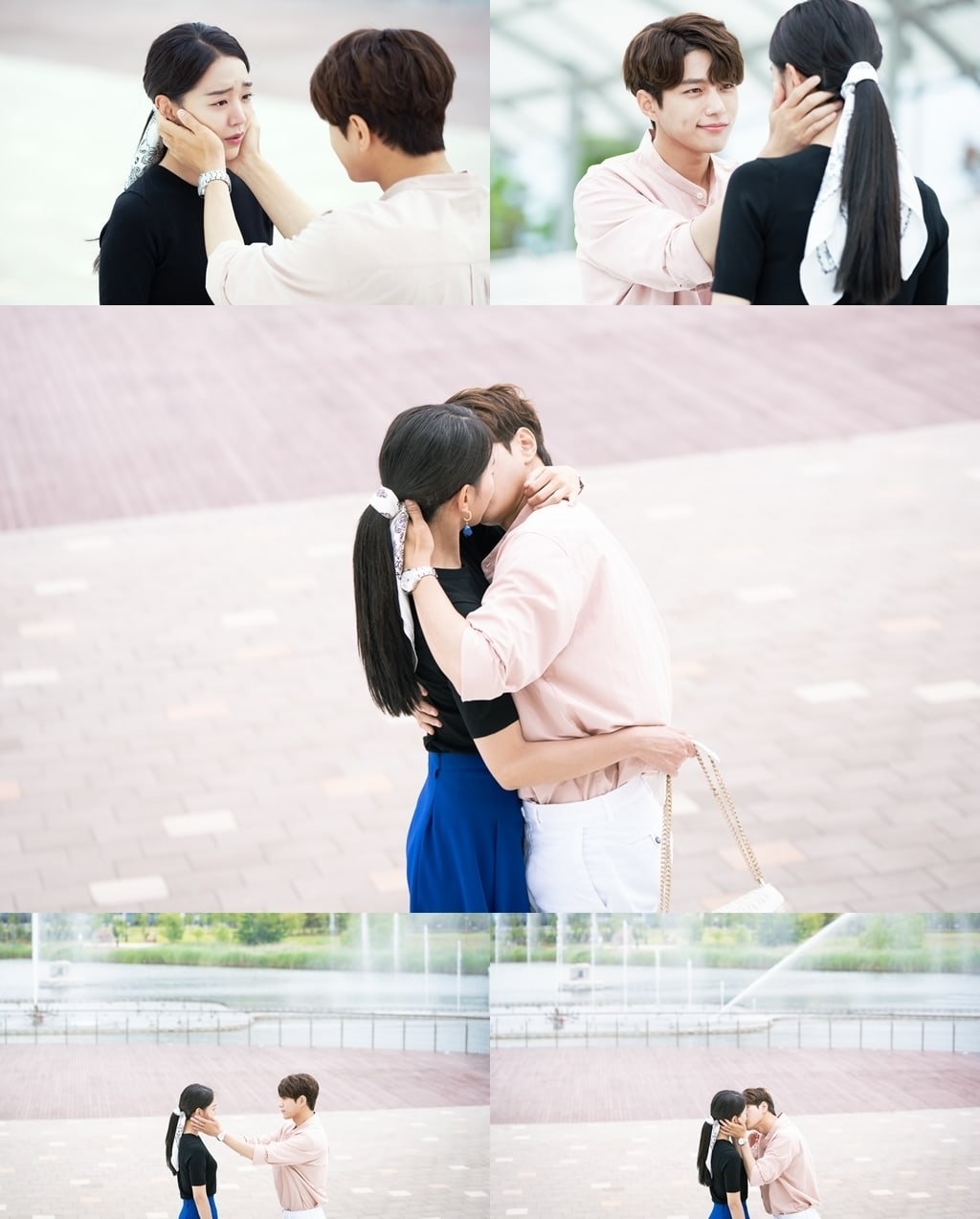 The fountain in the background adds to the lovely atmosphere of the scene, which is in stark contrast with the latest episode’s ending. Lee Yeon Seo and Dan’s eyes are filled with emotion, making viewers wonder what kind of conversation they shared.

The production staff stated, “After finding out that Dan is an angel, the romance between Lee Yeon Seo and Dan will face a turning point. Dan tells Lee Yeon Seo something very important in this process, and this plays an important role in the development of their relationship.”