The video starts off with model Jang Yoon Joo filming her cameo appearance. The model brightens the atmosphere with her hearty laughter, and her ideas to make the scene more comical pleases the director. Jang Yoon Joo rests her arms on Shin Sung Rok’s shoulders in a flirty gesture and says her lines in a seductive yet comical manner that makes him cringe in embarrassment.

Jang Yoon Joo comes up with a whole new plot and jokes, “A new woman has suddenly appeared. I’m his mistress. We actually have a kid together.” When she shows off her brilliant comical acting skills by wittily hitting Shin Sung Rok’s chest, the actor stares off into space with a flustered expression. 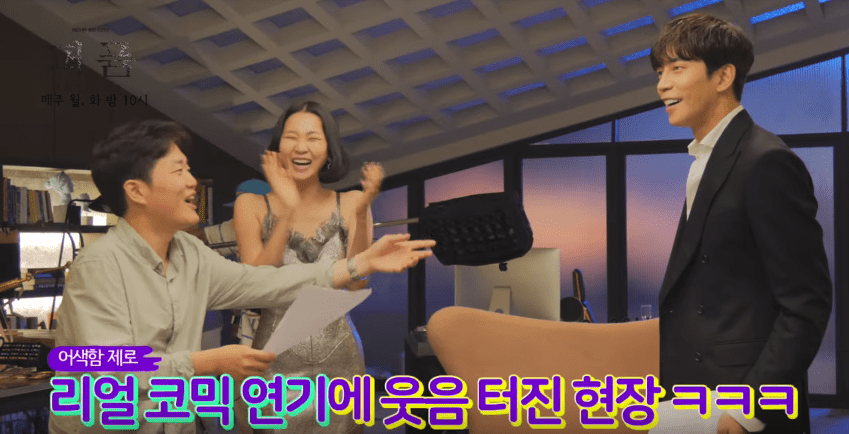 Meanwhile, Kim Min Kyu and Go Won Hee film a romantic candlelight dinner that is supposed to be part of Shin Sung Rok’s imagination. Kim Min Kyu becomes flustered as he asks how he’s supposed to carry Go Won Hee. He attempts to lift her up but looks unstable, making a crew member worriedly urge him to put her down. Go Won Hee admits she’s scared, and Kim Min Kyu wonders, “Why doesn’t it feel secure?”

Out of the blue, the director suggests Kim Min Kyu act like a beast, and Kim Min Kyu jokes, “Should I just undo all [the buttons of my shirt]?” Go Won Hee can’t help but laugh, and Kim Min Kyu looks taken aback as his idea is approved. He says “hold on” and backs away to do push-ups. The director goes even further and suggests he rips his shirt, and the actor looks surprised but professionally completes the scene with his “beastly” performance. 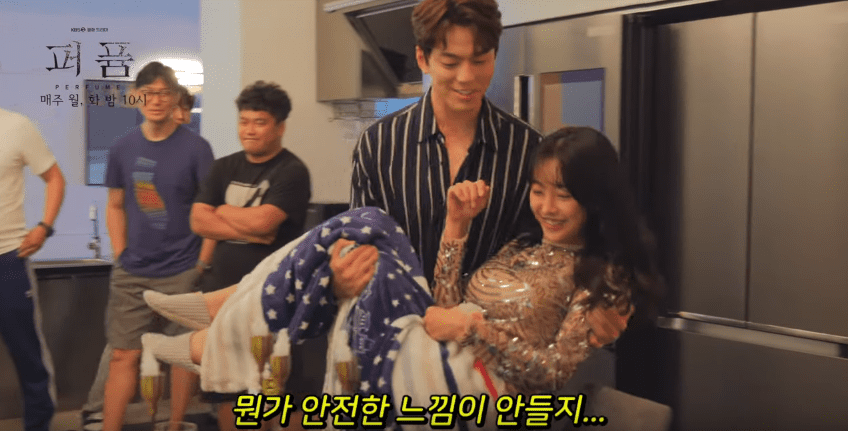 Towards the end, Shin Sung Rok makes everyone laugh with his silly polka dancing movies. He can’t stop dancing, and Go Won Hee eventually joins him as well.