Mnet’s “Produce X 101” revealed which trainee has been brought back to the competition.

When the Top 30 contestants were announced last week at the second ranking ceremony, the 30 remaining trainees were sent home. However, it was announced that one eliminated trainee would get a second chance. After the episode, promotional videos were released for each of the eliminated trainees, and online voting determined which trainee would be the “X” that would return.

On the June 28 episode of the show, the contestants continued their practice for the concept evaluation and reorganized their teams following the departure of the eliminated trainees.

It was revealed that Kim Dong Yun was the trainee who was rejoining the competition, and he returned to the training center. He said, “I’ll work really hard since I’m representing the 30 trainees who were eliminated.” 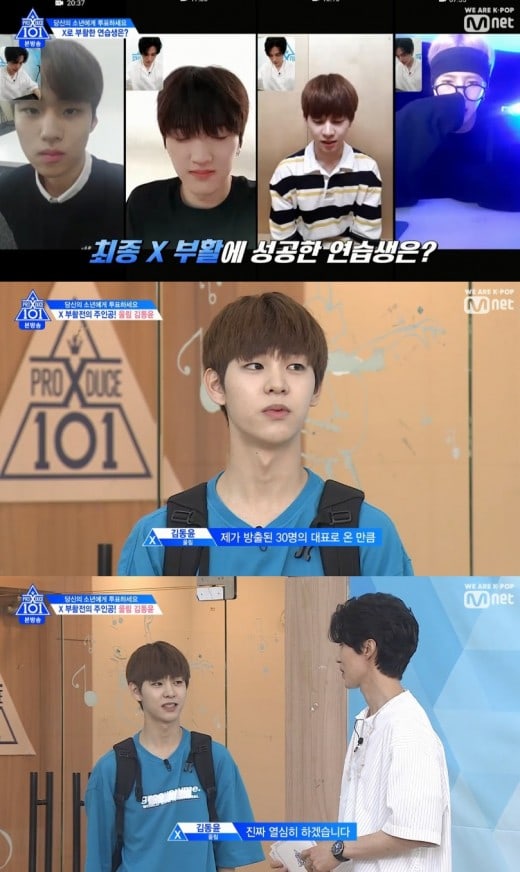 Lee Dong Wook then gave each of the teams the chance to discuss whether they would try to recruit Kim Dong Yun for their performance, and in the end, Kim Dong Yun joined the “Monday to Sunday” team.