Sulli Reveals The Story Behind Her Stage Name

Sulli talked about the creation of her stage name on JTBC2’s “Night of Hate Comments.”

“Night of Hate Comments” is a new talk show where celebrities read and address malicious comments about them. On the June 28 episode, “Miss Trot” singers Song Ga In, Hong Ja, and Park Sung Yeon appeared as guests.

“My real name is Choi Jin Ri,” said Sulli. “But right before I debuted as a child actress, a reporter said, ‘Your name sounds too Christian, so people of other religions may not like it. It would be good to use a different name.’ He then suggested the name Sulli.” She explained that “Sul” came from the Chinese character for “snow,” while “Li” came from the Chinese character for “pear flower.” 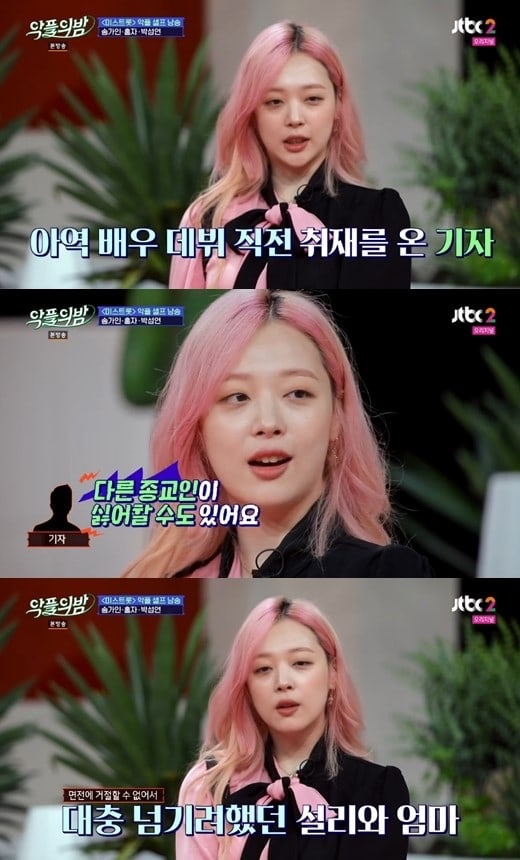 She continued, “At the time, I couldn’t reject [his idea] to his face so I said okay. The next day, an article was published with my name as Sulli. I’m very grateful now, but I couldn’t get used to it when people suddenly began calling me Sulli.” 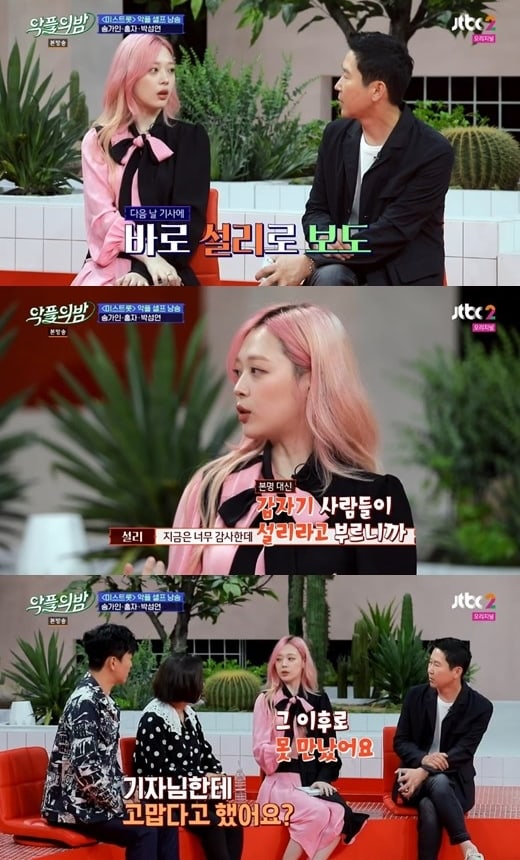 “Night of Hate Comments” airs on Fridays at 8 p.m. KST, and will soon be available on Viki!