“Voice 3” Cast Shares Their Goodbyes Ahead Of Drama’s Conclusion

On June 30, ahead of the drama’s finale, the cast said their goodbyes to the viewers.

Lee Ha Na, who led the previous season of “Voice” as the life-saving voice profiler Kang Kwon Joo, said, “I was so thankful from season one to season three. I’ve been able to make it here with the thought that three minutes can save a person’s life and change his or her fate. I’m truly grateful to the viewers for loving the Golden Time team and listening to us.”

During this season, Lee Jin Wook left a strong impression by transforming into detective Do Kang Woo, whose evil instinct awakened. He shared, “Finally, the end of the great journey has come to an end. It was a very fun and enjoyable experience. The cast and crew worked hard together, and I sincerely appreciate all the viewers who loved me.”

Son Eun Seo, who was part of the Golden Time Team as Park Eun Soo, commented, “It doesn’t feel real yet.” Kim Woo Seok, who played the digital forensic specialist Jin Seo Yool, stated, “I’m also looking forward to the last episode. Please give us lots of love until the end.”

Yoo Seung Mok took on the role of Na Hong Soo, who trusted in Do Kang Woo until his last breath and made everyone shed tears with his sacrifice. He said, “From season two to season three, I had a lot of affection [for the show], but I feel empty when I think about it ending like this. Thank you so much.”

Kim Joong Ki, Song Boo Gun, and Kim Ki Nam, who played trustworthy detectives in the dispatch team, thanked the viewers for watching “Voice 3” and asked them to enjoy watching the last episode. 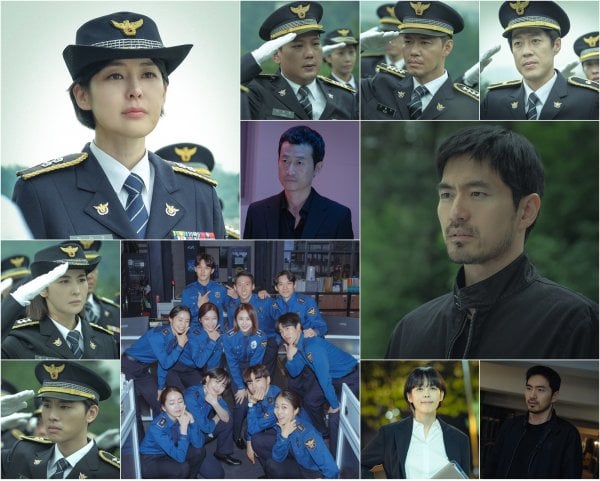 During episode 15, it was revealed that the real culprit behind the murder of Miho 28 years ago was Do Kang Woo’s brother, and his brother was revealed to be Masayuki Kaneki (played by Park Byung Eun). Viewers are paying keen attention to what Do Kang Woo will choose and what kind of ending Kang Kwon Joo and the Golden Time Team will face.