Watch: Soyul Transforms Into Elsa For Her Daughter’s Birthday On “The Return Of Superman”

Soyul gave her daughter an unforgettable surprise on KBS 2TV’s “The Return of Superman.”

On the June 30 episode, Soyul dressed up as Elsa from Disney’s animated film “Frozen” for JamJam’s second birthday.

Feeling embarrassed, Soyul said, “I really don’t want to go out looking like this.” When she walked out to the living room, however, JamJam was ecstatic to see her.

JamJam immediately ran over to her and called her, “Mimi.” She was overjoyed to see Elsa in front of her eyes and jumped around the living room. Moon Hee Jun poked fun at his wife and asked her how she got here. Stifling her laughter, Soyul replied, “I rode a taxi to come here. I paid with my credit card.”

Seeing how happy her daughter was, Soyul tried her best to act like Elsa, while Moon Hee Jun tried not to laugh. When Elsa pretended to be cold, JamJam ran and got blankets from her room. The mother-daughter duo then showed a passionate performance of “Let It Go,” and they then sang “Happy Birthday” with JamJam’s favorite twisted donut.

Soyul said she’d be back next time, bid JamJam farewell, and went back into the room. When JamJam realized Elsa was gone, she burst into tears and called out, “Mimi,” as she walked around the house. In the interview, Soyul said, “I saw JamJam’s pure heart. I think she trusts Mimi.” 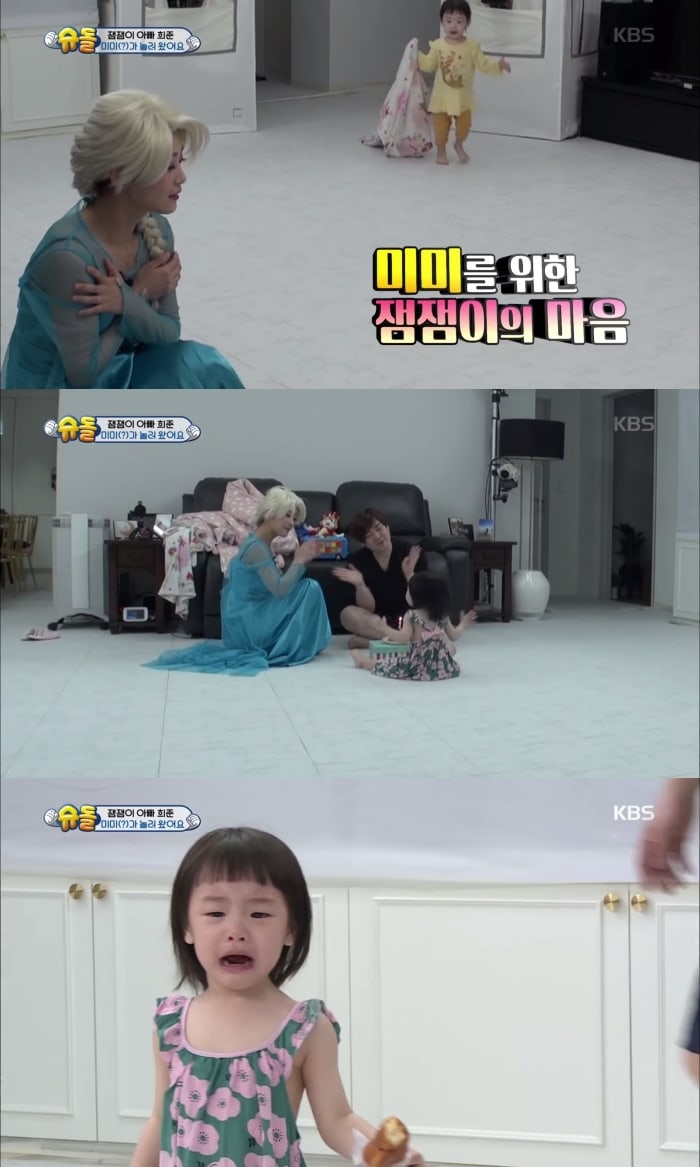 To continue JamJam’s birthday celebrations, the family headed to Pororo Park. This time, Moon Hee Jun transformed into Pororo for his daughter.

Watch JamJam and Soyul as Elsa in the clip below!

Also watch the full episode of “The Return of Superman” with English subtitles below: