Park Seo Joon opened up about his action scenes for his upcoming film “The Divine Fury.”

“The Divine Fury” will tell the story of champion fighter Yong Hoo (played by Park Seo Joon) and exorcist Father Ahn (Ahn Sung Ki) as they fight against evils that throw the world into chaos.

For the scenes involving him participating in fights, Park Seo Joon flew to the U.S. and he explained, “I actually trained and worked with a professional fighter. I think we were able to get more realistic scenes because he and I really traded blows.” Not only this, but martial artist director Park Young Shik said, “He has the perfect proportions for action scenes. He’s able to absorb new skills so quickly that it’s surprising.” In order to showcase riveting moments where he fights against evil spirits, Park Seo Joon will be doing everything from martial arts to wire action scenes in the film. 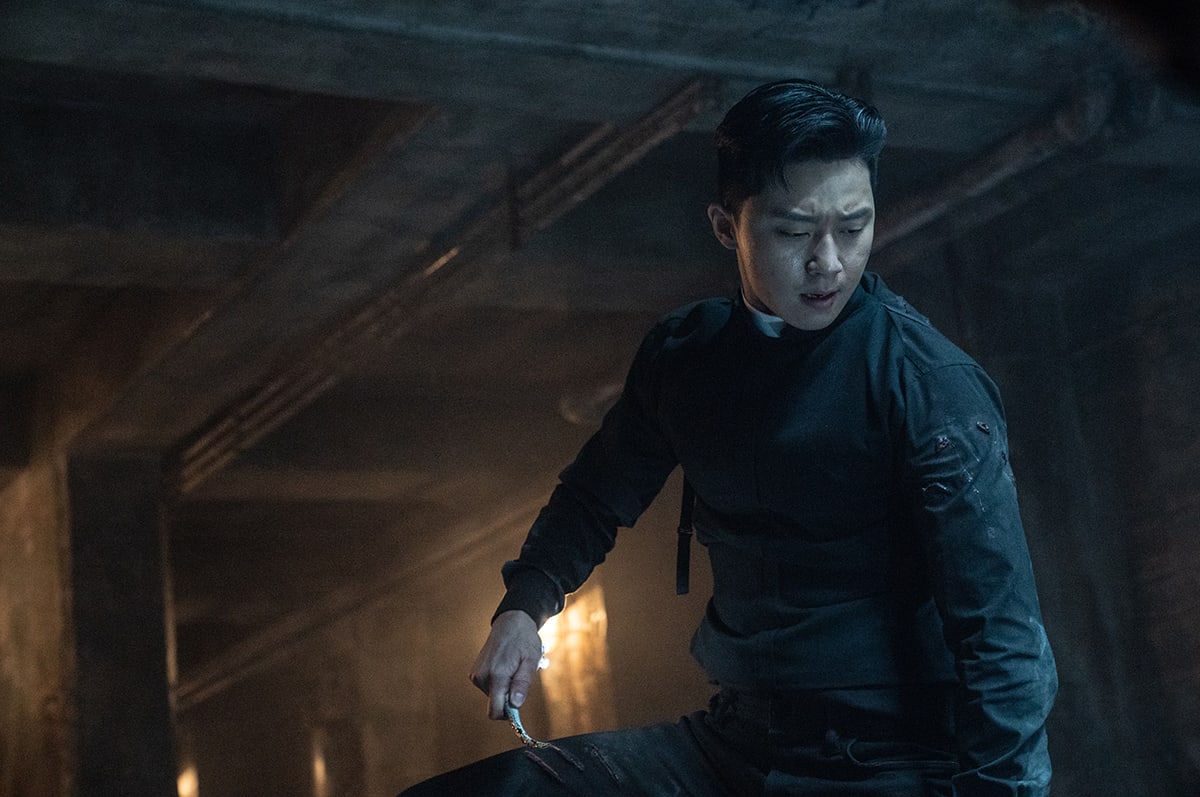 In order to perfectly capture Yong Hoo’s hands, that are scarred but have a special power to them, Park Seo Joon was the first actor in a Korean film to film scenes with LED lights attached to his hands to create more realistic scenes. He said, “I had certain expectations after reading the script, and the scenes were much harder to film than I had expected. It made me think, ‘If there was a hell, this would be close to it.’ In the scenes that require computer graphics, it was difficult because I had to use my imagination to fill in the full picture. It was an opportunity for me to grow one step further.”

Anticipation is high as Park Seo Joon filmed one-take scenes to create more dynamic action sequences. With the actor taking on fighting, wire action, and computer graphics, the film is sure to be a must-watch this summer.

“The Divine Fury” will premiere on July 31.